‘Doctor Strange’— Cumberbatch finds a blockbuster role that suits him 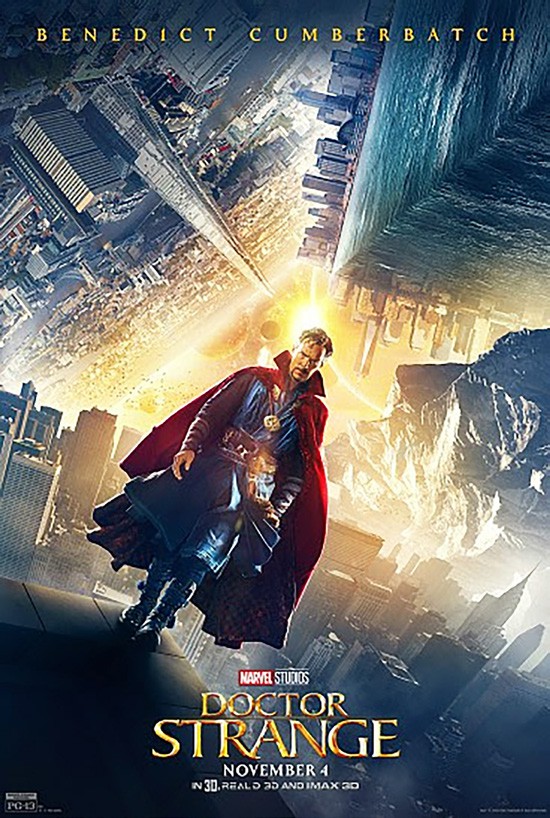 Doctor Stephen Strange (Benedict Cumberbatch) is the latest superhero to be added to the Marvel Cinematic Universe. Prior to becoming a superhero, he’s a lot like Tony Stark: an arrogant genius who coasts through life on incredible talent without really pushing himself beyond his comfort zone. Strange is a surgeon who gets in a car accident and loses use of his hands. He’s lucky that’s all he loses after his car went over a steep cliff, but as a surgeon, he’s still devastated. He plunges into a downward spiral where he goes broke and turns away his caring girlfriend (Rachel McAdams).

No doctors in the Western Hemisphere will help Strange, so he travels to Nepal to be treated by a mysterious Ancient One (Tilda Swinton). She introduces him to a form of magic and subjects him to things he never thought possible, like separating his spirit from his body and sending him hurling through the multi-verse. He becomes her student, with her training him for what he thinks is his own benefit, but is actually to make him a defender of the planet. A dangerous former student (Mads Mikkelsen) is trying to steal all of the Earth’s time and is planning to turn it over to an evil outer space cloud monster who will use it to achieve world domination.

I might not have gotten that last part quite right, but that part of the movie doesn’t make a lot of sense. Actually, a great deal about this movie doesn’t make a lot of sense. This movie can’t turn around without introducing us to something incredible. In a very short span of time, Strange learns about out-of-body experiences, the outer reaches of the universe, the creation of matter with his mind, the culling of resources from parallel dimensions, a protective cloak with a mind of its own, a portable prison of sorts, all manner of manipulating time and space, and a librarian who has apparently never heard of Beyonce. Maybe a wunderkind like Strange can keep track of it all, but I couldn’t. And frankly the movie can’t either. These concepts are thrown around haphazardly so we can get about five minutes of cool visuals, but they don’t seem to have any long-term effects on our world.

That’s not to say that there’s not a lot about to like about this movie. Cumberbatch has finally found a blockbuster leading role that suits him, and he has excellent chemistry with everybody. The humor mostly hits, outside of tired Mister/ Doctor confusion. And the aforementioned cool visuals are extraordinarily cool. The movie has a somewhat dull color palate until that multi-verse sequence and then wham! – you’re hit with the full spectrum. One of these parallel universes sees Strange’s hand grow new hands out of his fingers, and then those hands grow hands, and those hands grow hands. You might not think you’re freaked out by fingers, but trust me, you are. Then there’s a chase/ fight scene where the gravity is altered, so the characters run and fight up, down, all around, side to side, and many other directions. I got nauseated by this disorienting sequence, but I appreciate the effort.

With pun absolutely intended, “Doctor Strange” is one of Marvel’s stranger movies. The film’s ambition knows no bounds. Unfortunately, the film’s running time should have been a bound(ary). The film comes up with amazing ideas faster than it can handle them, maybe a few should have been cut. I hate to ask a film to ease up on the creativity, but taking more time to develop some of its higher concepts would have given this film some much-needed coherence. Still, when this movie works, it works beautifully. I loved this movie when I could wrap my head around it. Doctor Strange could probably use some kind of magic to literally wrap his head around it.

“Doctor Strange” is rated PG-13 for sci-fi violence and action throughout, and an intense crash sequence. Its running time is 115 minutes.