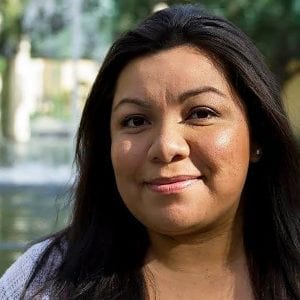 Activist and former community organizer Consuelo Martinez is taking a second run for the District 1 city council seat she came within 69 votes of winning four years ago when she first challenged longtime councilman Ed Gallo.

She hasn’t filed yet: The official filing date is in August. But she has already begun her “listening tour,” with members of her community to find out what their concerns are. Obviously, you can’t run for an office like city council without a lot of preparation. So, waiting until August to begin her campaign would be impractical. She has been working on the campaign for quite a few months—and to a degree it is simply a continuation of her first run in 2014.

Martinez has high expectations of winning this time. “Four years ago, it was a horrible turnout year, the worst in over forty years,” she says, by way of explanation for why she didn’t win.

District 1 is the smallest of the city’s four districts in area, and therefore the most densely populated.  It is roughly bounded by El Norte Parkway on the north and Washington on the south (although the boundary actually goes beyond Washington a bit) by Citrus on the east and Escondido Boulevard on the west. It is located in the center of the city. It has many apartment complexes and senior living centers and schools but no mobile home parks.  See the map below…

Martinez has been an Escondido native since age 4. “Most of my life I have lived in District 1,” she says. She attended public schools here, went to Palomar Community College for two years and then to Cal State San Marcos where she earned a degree in Political Science and Women’s Studies.

Her first job was at Bank of America at age 16, which she got through a program called Business Academy at Escondido High School. She was hired from that school-related jobs program to be a teller and from there transitioned to the mortgage industry. For a while she was an aspiring attorney. “I knew I wanted to help people,” she recalls. Although she didn’t end up becoming an attorney, she still loves public policy and the law.

One of her mentors is Bill de la Fuente: “He was one of the leaders in District 1,” before there was a District 1. It’s only been a few years that the city has been divided into districts, and Martinez was the first to run in that district after it was established. “When that happened I said, ‘Great! Now we can have people from the neighborhood elected.’ I didn’t feel that I was represented by the incumbent.” At that time, she was working for the North County American Civil Liberties Union (ACLU) chapter, where among other things, she was a community organizer. “Community organizers,” she says, “oversee specific campaigns.”  People who knew her urged her to run.

She quit her job to run full time. “Running for office is a very grueling and difficult, but also very inspirational because you meet great people along the way,” she says.

Today she works for the non-profit Mid-City CAN (Community Advocacy Network) based in San Diego. She describes her job as “a leadership development specialist,” who facilitates leadership and training programs for residents and future commissioners. She draws on her own experience on the Escondido Community Services Commission, an office she held in the early 2000s. “Now I get to share that experience,” she says. “I like working with people and helping them to take action in their community.”

She also teaches an eight-week course in residential leadership, which is not the same thing as “community organizing,” such as former President Obama did. That’s a separate function at Mid-City CAN. “I’m teaching folks to be leaders and change agents in their communities. I have that skill set,” she says.

She was with the ACLU in 2014 when she decided to run for city council the first time. She quit so she could campaign full-time.

Martinez has been endorsed by both the San Diego and Escondido Democratic organizations, although the city council seat is officially non-partisan.

“My platform is still developing,” she says.  “Before the primary is when you prepare. Now is when the real work begins. I’m doing a ‘listening tour.’ There will be lots of opportunities for people to meet me, so I can find out what they want.”

Although for her second run, Martinez is just beginning to meet community members to see what issues are important to them, a few are obvious. At the top is affordable housing.

From having been approached by fellow residents of the district many times before, she knows more street lights and better parks are among their concerns. “Some are sad to see that the parks aren’t what they should be,” she says. “They use parks in some other neighborhoods. They don’t like that they have to move their cars for street cleaning.”

Quoting from her website: “I’ve stepped up to run and challenge a longtime incumbent because I have witnessed residents being dismissed and little to no action on critical issues affecting our city. Our leaders have become comfortable in seats they have held on for years. We deserve leaders that are responsive to the needs of our residents. Having lived in District 1 most of my life, I understand the issues of the city and our neighborhoods. I’m running to lead and to ensure no neighborhood is left behind. I’ll be a listener and respond to residents’ needs. I’ll bring ethics, integrity, and passion to Escondido leadership and serve our residents with pride.”

Martinez is a “big fan” of the districting that was so controversial originally, but is now defining the politics of the city. “It allows you to represent the city street by street. There are different issues. I’m literally listening block by block,” she says. She plans to host community coffees and similar events. “I want people to know I’m there and I will listen to them.”

She considers it a big plus to be bilingual. “I have the ability to connect with more residents. I feel that is important. I want to be a connector,” she says. “I want everyone to feel safe and that they have value. If elected I want to be a bridge between the neighborhoods and City Hall.”

She adds, “I really feel as leaders we need to promote the city.” In a swipe at the mayor she adds, “One thing I won’t do is go on national TV and say how awful our city is. If you are a leader you talk up your city, you don’t put it down.”

Although she supports the revitalization of Grand Avenue and the Downtown, she would also like to see more investment in the eastern part of the city, especially East Valley Parkway. “It’s an area where I would like to see more TLC,” she says. “We have a lot of work to do there.”

She concludes: “I invite the community to get in touch with me. I really care about my city and I think the residents are the key piece. What I do in my day job is get people involved. I want my neighbors to be invested in the city. That is how we will see change. We need everyone to be involved.”

She is active in BikeWalk Escondido, a group devoted to making the city more friendly to pedestrians and bicyclists. She points out: “District 1 has the highest traffic collision/injuries and pedestrian deaths in the city.” She wants to promote “safer areas to walk and bike. That’s what Escondido Creek is for. We need it to be better. That’s why I like what BikeWalk does. A lot of the work they do does overlaps in the district where I’m running.”

She has learned a lot about running for office since the first time. “This time, I feel that people are still excited and people are still saying ‘Consuelo, I want to help you!’ The fact that I got so close to unseating an incumbent shows how viable this is. I’ve seen recent interest in people getting involved. It’s encouraging to see so many young people who want to help.” 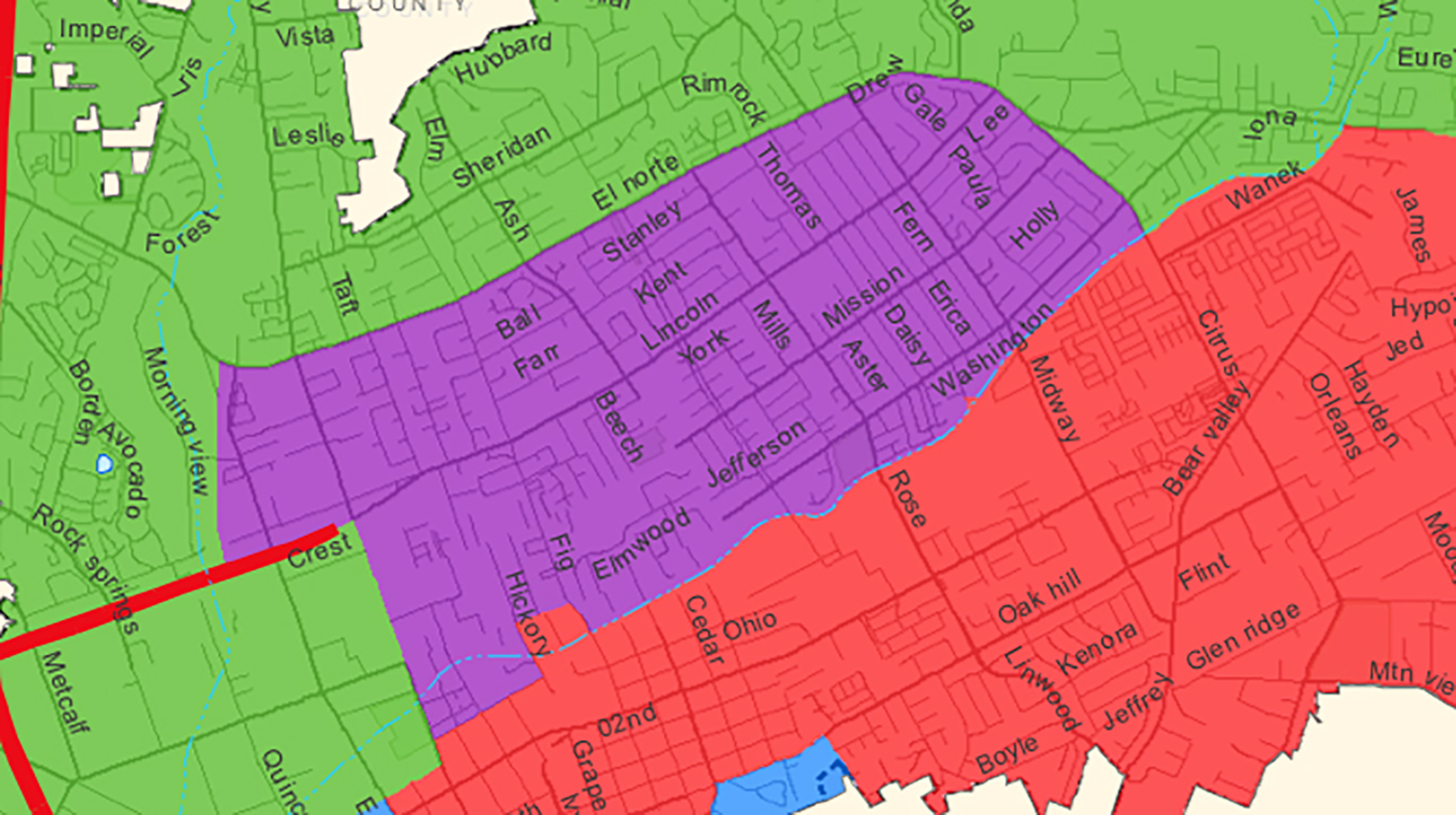 The purple rectangle is District 1, the smallest district in area, but the most densely populated.