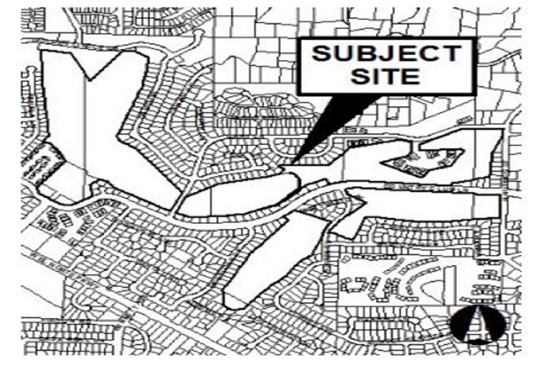 After his failed attempt to pass Prop H (which lost 61–39%), which would have allowed him to build a project of more than 400 units on the 110-acre former golf course of the Escondido Country Club, developer Michael Schlesinger has returned with a considerably smaller proposal that he wants the Escondido City Council to support.

At the same time, Schlesinger continues to pursue a lawsuit against the city that he filed shortly after the results of the November election became known.

However, Schlesinger’s old opponents at the Escondido Country Club Homeowners Organization (ECCHO) say the proposal is just an echo of an earlier proposal. ECCHO President Mike Slater last week scoffed at the idea that Schlesinger’s proposal is new. He told the Times Advocate, “It’s an old layout. He’s just rehashing what he started out doing. Back in July of 2013, just before the city council voted 5–0 in our favor for the open space proposal, he came up with a plan for 283 homes that was virtually identical. The city had told him at that time that he had too many lots.”

Schlesinger’s proposal is for a master planned community development of 270 upscale single-family detached homes on lots ranging from 7,000 square feet to more than 15,000 square feet, with average lot sizes of 9,500 square feet.

According to Schlesinger’s development company, Stuck in the Rough, “The development will be consistent with R-1-7 zoning density and development standards but well under the number of homes allowed under that zoning designation. Lot sizes and buffers are well beyond minimum requirements.”

According to Schlesinger, the new proposal has several advantages:

• Twenty-six acres of open space areas that are not part of the residential lots and streets.

• Four and a half miles of public trails to be built as part of the proposed development.

• Streets consistent with the City of Escondido’s public residential street standards and designed to promote overall connectivity and circulation efficiency.

• Onsite and offsite infrastructure improvements* and upgrades to accommodate the proposed 270 detached homes.

Shortly after the November 2014 election, Yes on H’s campaign strategist Jason Roe told reporters that Schlesinger’s only option was to sue the city for an unconstitutional “taking.” He estimated that the city would end up owing Schlesinger as much as $100 million because the property was zoned for 600 residences when he purchased the property. Zoning the property to open space amounted to confiscation of the land.

The position of the city is that, when the property was developed in the 1960s, its density was consumed by the existing homes, and that what remained (i.e., the golf course) was open space. City Attorney Jeffrey Epp told NBC 7 that week that Schlesinger’s claim was “just rhetoric.”

The city attempted to get Schlesinger’s suit dismissed in November without success. It is scheduled to go before a judge again on February 26.

ECCHO’s Slater agrees with that interpretation. “The original developer got the full density in the 1960s. The original open space was the golf course. We’re contending that it’s already been built out. The density is here. ECCHO is not against a development going in here, but we are against the way Mr. Schlesinger is handling it.”

Slater and fellow ECCHO members attended a presentation made at the Escondido Chamber of Commerce last Thursday by Dick Daniels, who is a consultant for Schlesinger.

“I asked them the difference between the 270 homes being proposed now and what was proposed before. He claims the lots are bigger. He did not include parks in the layout because the city won’t take care of them. There are some hiking trails and larger lots.”

Slater says that, as far as his group is concerned, the site of the old golf course is open space. Schlesinger has told us the property is going to sit there unused for three years, thirty years or three hundred years until he can build.

Slater says ECCHO is not opposed to houses there. “We are not opposed to any development, but we’ve lost any faith and trust in dealing with Michael Schlesinger.”

At its meeting on August 14, 2013, the City Council adopted an initiative measure amending the Escondido General Plan to preserve the Escondido Country Club Golf Course by designating the property as Open Space— Park (OS-P).

The initiative measure as adopted has been assigned Ordinance 2013- 10. The ordinance requires that the City Council, after hearings before the Planning Commission and City Council, adopt zoning ordinances to implement the General Plan Amendment. The workshop will be conducted by the planning staff. Community input will be taken.