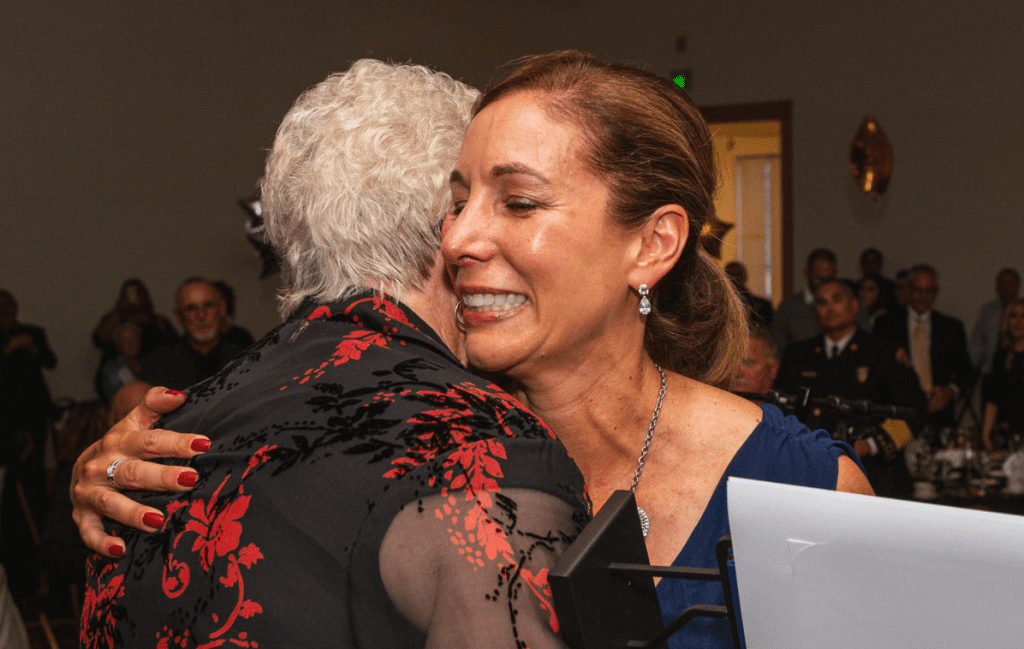 Friday night the Escondido Chamber of Commerce said goodbye to Rorie Johnston, who as CEO led the business organization through an eventful six and a half years. An era where the Chamber modernized its procedures and smoothed out some of its operations.

For someone who has been as effective a leader as Johnston, it is remarkable that this job was the first chamber of commerce she has worked for. She didn’t start off a CEO, but rather part time as the Chamber’s bookkeeper. This later led to her being offered the job as CEO Harvey Mitchell retired from and Katherine Zimmer took over for a short time before moving to be in charge of the Escondido Visitors’ Center.

Being CEO was a learning experience. It was a challenge. And for Johnston, the challenge part was what motivated her the most. “For me as a person, If I’m not challenged, I get bored,” she says. “So I was looking for a good challenge and the Chamber provided that opportunity. I have never been bored!”

Johnston is particularly proud of several initiatives she started at the Chamber. At the top of that list is the Rising Stars program (for which she was awarded the “Educator of the Year” recognition Friday night by Supt. Luis A. Rankins-Ibarra of the elementary school district.)

“I love our Rising Stars,” says Johnston, who described how she first encountered the program at the Vista Chamber of Commerce and realized that it would be a great thing to introduce to Escondido.

The first year of the program was the most difficult since it involved recruiting local business to participate in honoring high school students for their accomplishments.  But once the business community learned what the program was all about, they started lining up to participate. “We just completed our second year, which was very successful due to contributions from the business community. People are passionate about education and want to see our students succeed.”

She has also been greatly encouraged by the young board of directors of the Chamber. “Our board is a reflection of our city and is energized by the up and coming group of movers and shakers. I love this board. I believe that this board is going to make a huge impact. From my perspective it’s the most influential board I’ve worked with,” she says. At the top of that list is newly installed chairman Matt Pound.

Pound is general manager of Weir Asphalt and Construction in Escondido. “He knows how to put the right people  in place to make things happen,” she says. “Matt and Kristen Steinke [immediate past chairman] have been the dynamic leaders of the board.” 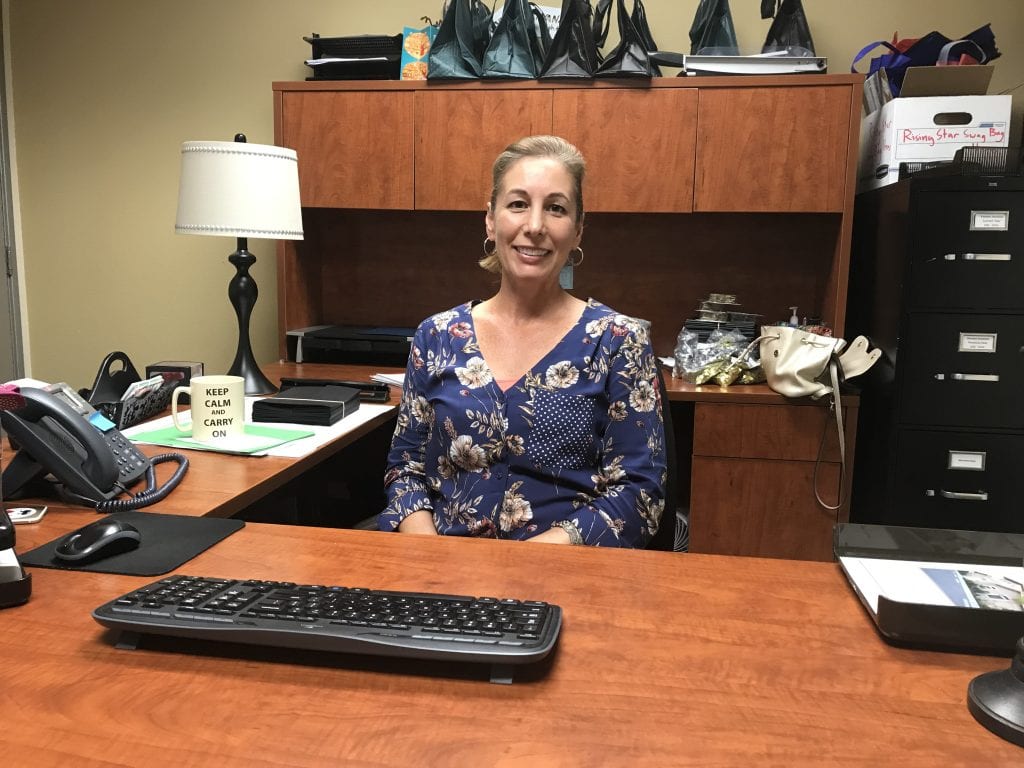 Rorie Johnston during her last week at the Escondido Chamber of Commerce. She has been CEO for 6 and a half years and is moving soon to Arizona.

She is also very proud of the partnership the Chamber formed with the Veterans Chamber of Commerce, called the Veterans Business Incubator. This initiative opened an office in the Chamber building last month. Its goal is to provide mentorships, coaching and training in the business world so veterans can have a better shot at being a success when they leave the military.  Its services are free.

“I look forward to seeing that grow. With Camp Pendleton literally our neighbor it makes so much sense to develop and provide resources to our military veterans and families,” says Johnston.

The Grand Avenue Festival has also continued to flourish. “We are continuing to make the festival a premium event,” she said.

The event happens twice a year, and the Chamber continued with something they first tried out last fall: moving the vendors to the center of the street, thus opening up the street, and making it easier for shoppers to also drop by the stores that were open on that Sunday.

“It makes for more visibility for the businesses,” Johnston said. “People stay on the street longer than before and businesses reported higher sales than ever. The restaurants and stores I visited were full.”

The last festival occurred under somewhat challenging circumstances, steady rain earlier in the morning, although the sun came out later in the day.  The decision to move the businesses to the center of the street turned out to be fortuitous. If they had stayed in their original location many of them would have been in the middle of rain gutters during the downpour.

“We were so happy that the vendors were NOT in a flood zone,” said Johnston.

This year for the first time the Chamber also threw in the towel in discouraging the participation of Man’s Best Friend. For years it was the festival’s unofficial policy not to encourage dogs, but people brought them anyway. So this year they encouraged dogs, but at a specific location where canine competitions were held: the Dogs on the Lawn costume contest.

Her best memories, she says, will be of relationships. “I’ll think about all my friends and relationships I’ve made. The work has to be done, but it’s the people you work with who make it enjoyable.”

Rorie and Mark Johnston and their cat, Fish, will be moving soon to Tucson, Arizona, where they will be close to relatives, and where new adventures await.