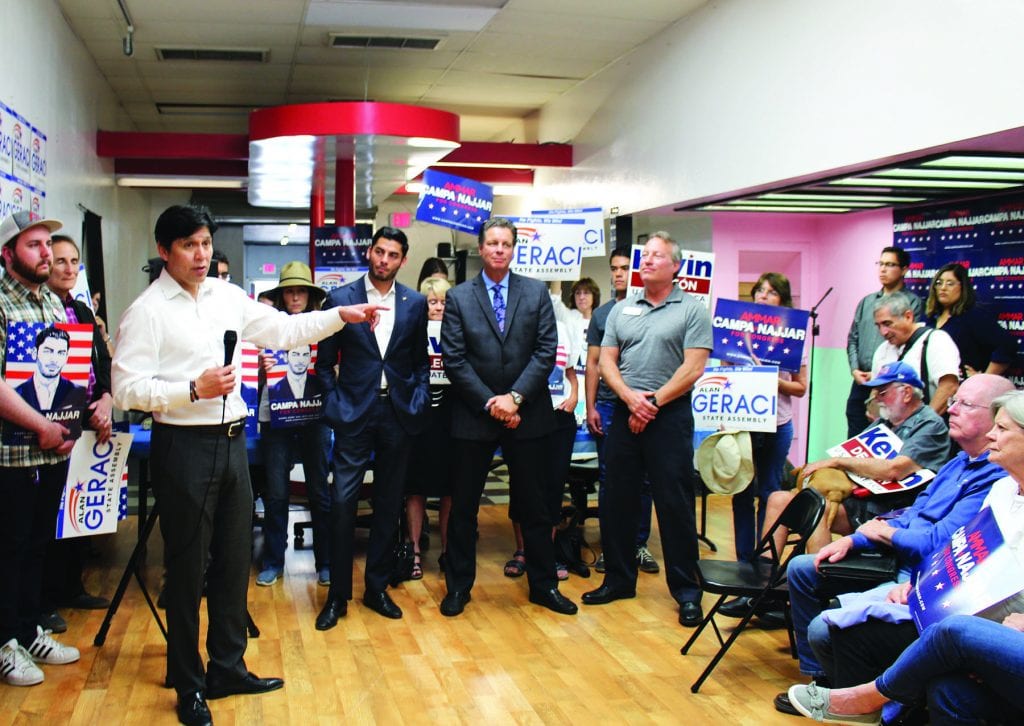 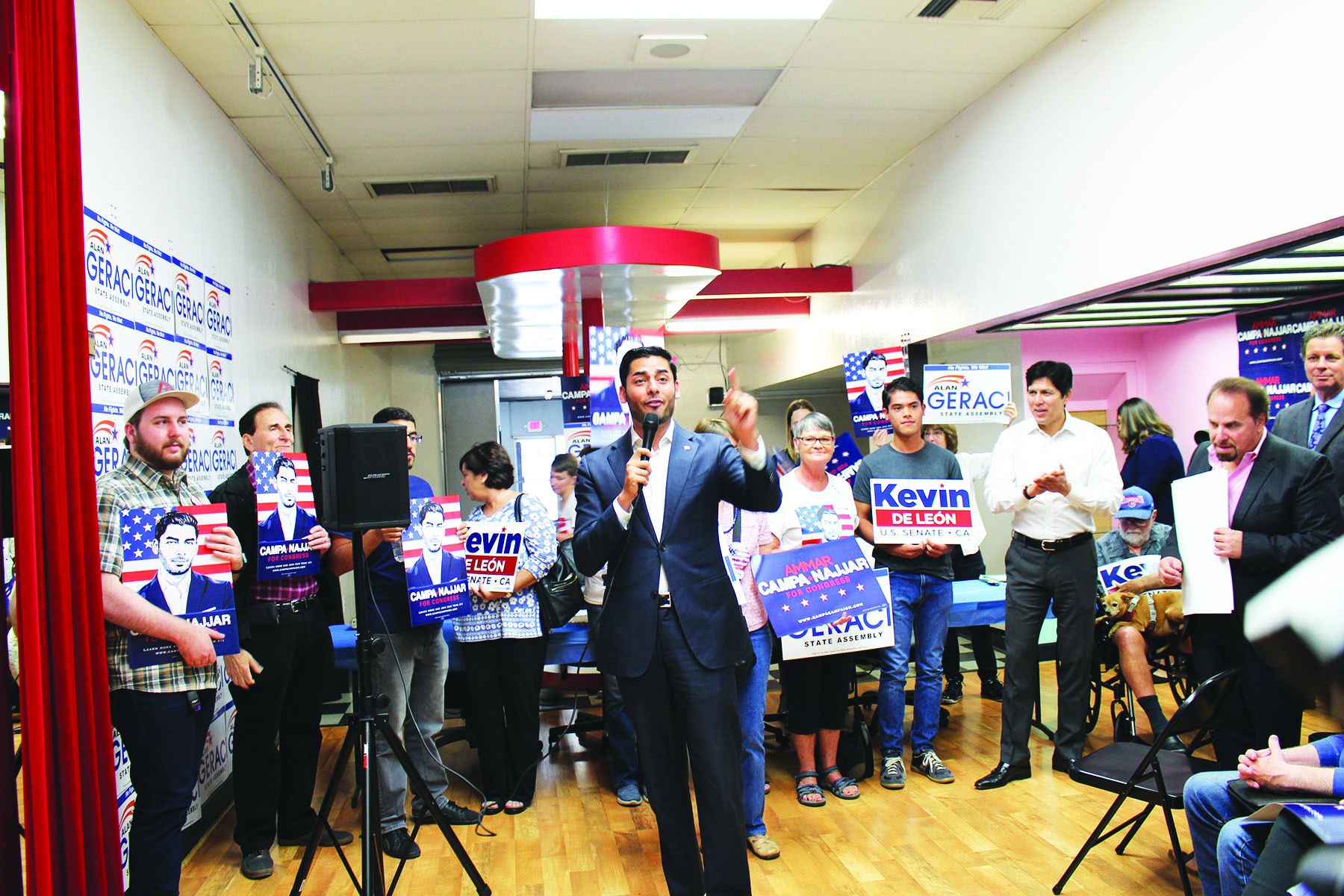 Ammar Campa, who is running for the 50th Congressional nomination for the chance to unseat Duncan Hunter. 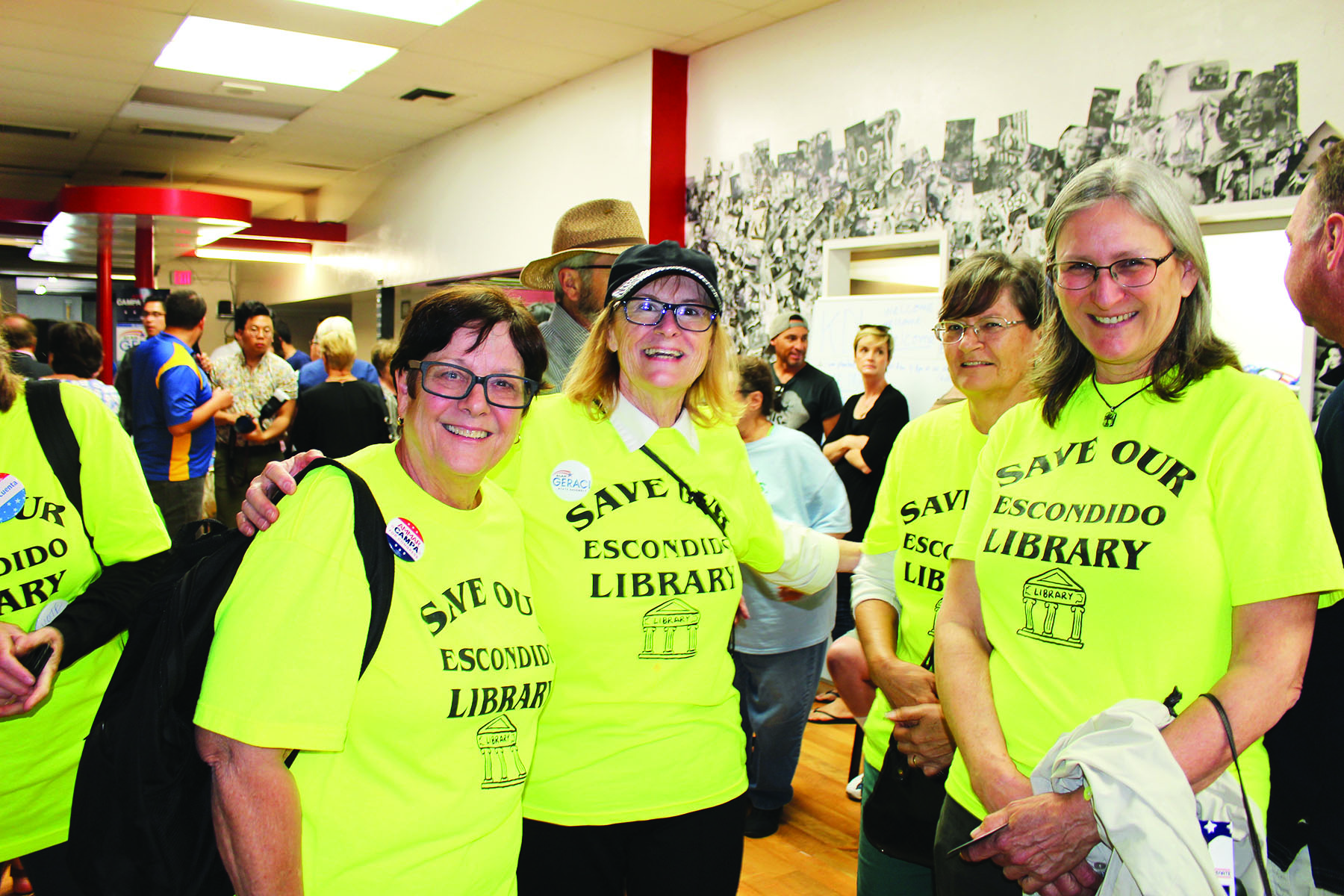 One of the main purposes of the meeting was to begin canvassing voters in advance of the June primary. These canvassers spent much of Saturday morning and early afternoon going around town, knocking on doors and greeting residents. As you can see from their t-shirts, they are part of the group opposing the outsourcing of the Escondido library. Shown are: From left, Sandra Lang, Christine Jackson, Linda Wilkinson, and Laura Hunter. 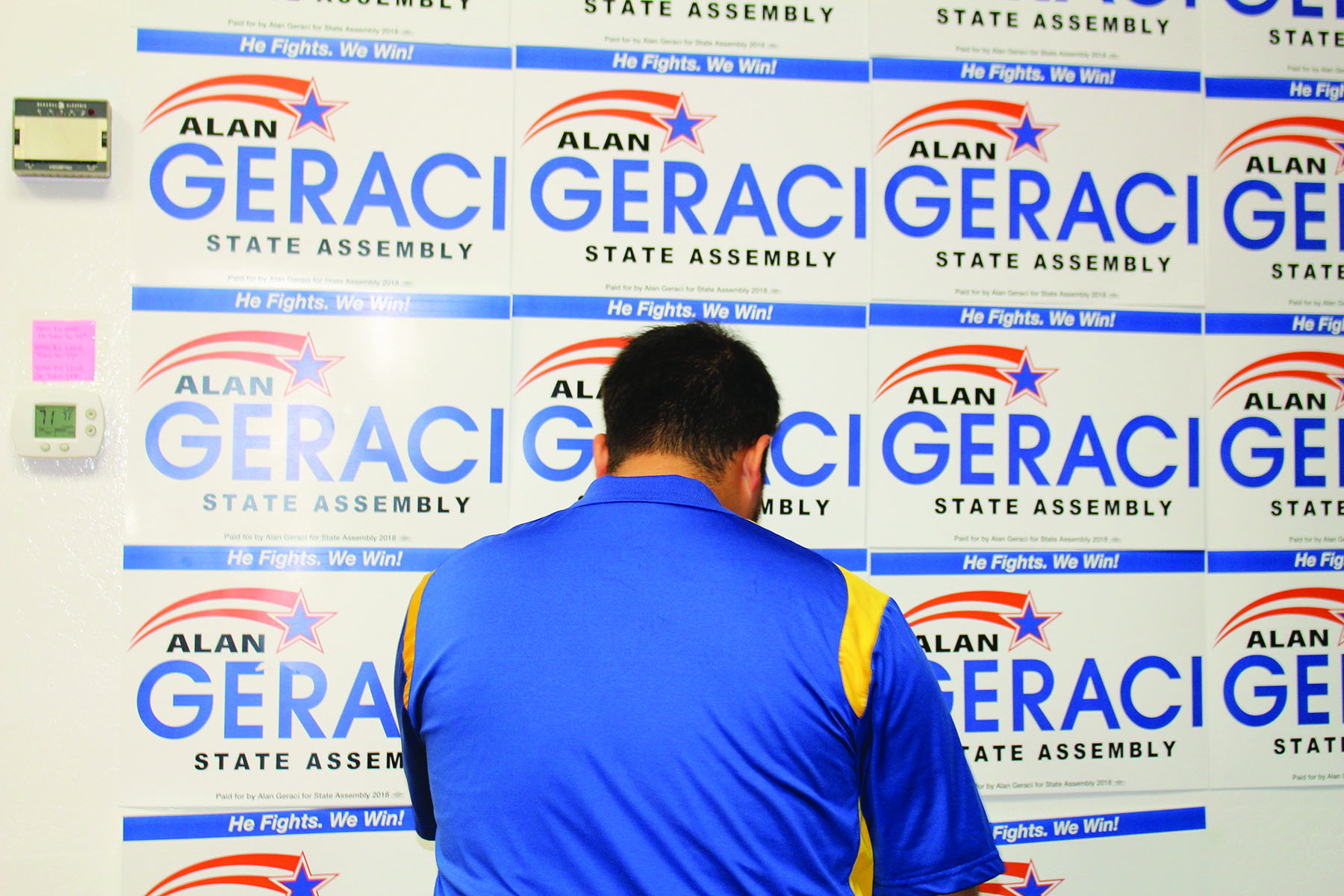