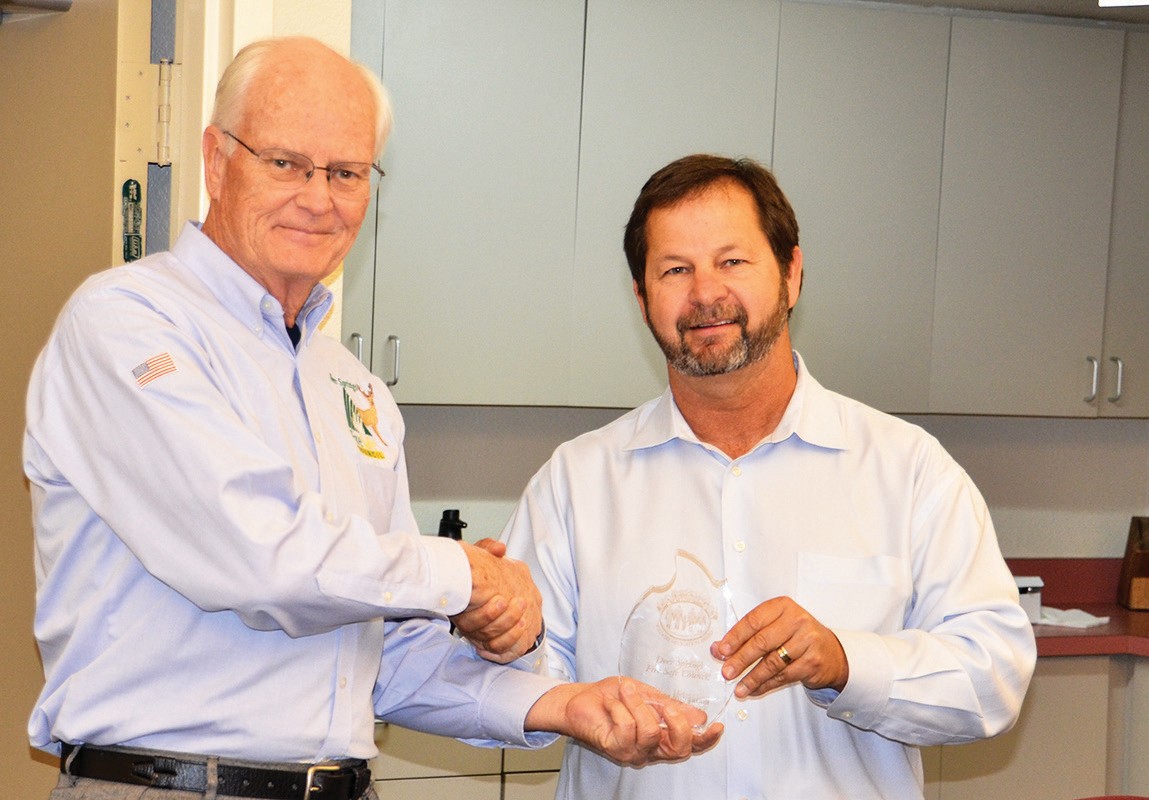 Established in 2014, the awards are the highest commendation for innova­tion and leadership displayed by indi­viduals and organizations committed to wildfire preparedness and mitigation, according to the awards committee.

“State Foresters are proud to honor the efforts of citizens working on the ground to mitigate the threat of wild­fire,” said Paul DeLong, president of the National Association of State Foresters and a Wisconsin state forester. “These outstanding mitigation efforts are help­ing keep America’s communities safe. In 2015 more than 10 million acres of land were burned by wildfire. As more people build homes and recreate in for­ested areas, State Foresters partner with agencies, communities, and homeown­ers to create fire adaptive communities that are better able to withstand this in­creasing threat.”

“I became the Fire Marshal at Deer Springs Fire a year ago and I have been extremely impressed with the amount and quality of work the Deer Springs Fire Safe Council provides for this com­munity,” said Morel. “They truly are an asset to the Fire Department and are de­serving of this national award for excel­lence in Wildland Fire Mitigation.”

“It is a true honor for the Deer Springs