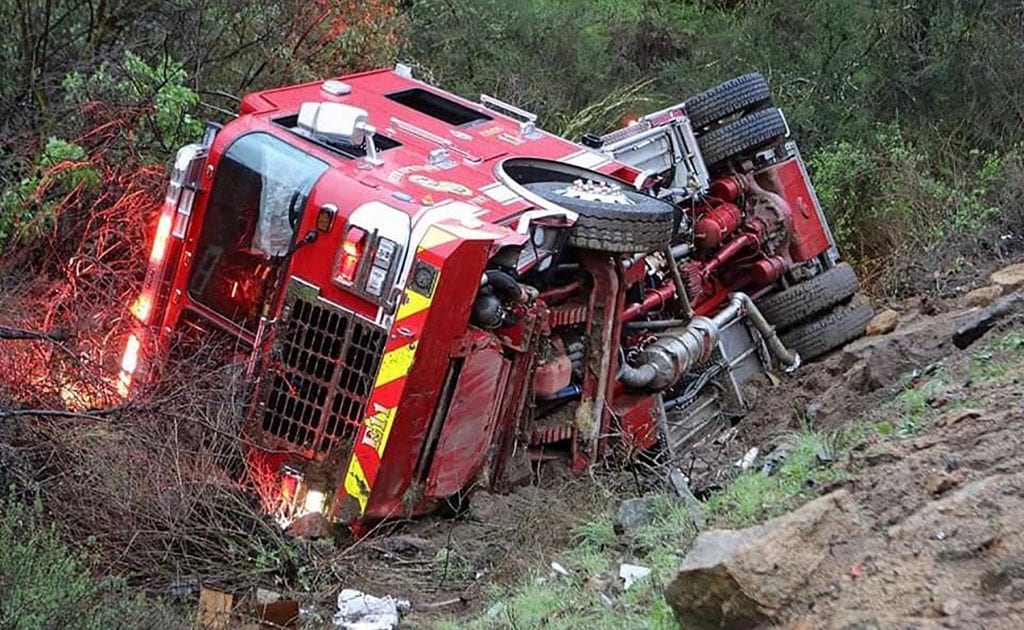 Amazingly no one was badly hurt when this CalFire engine based at Deer Springs rolled over last Thursday.

An engine of the Deer Springs Fire Protection District ran off Old Highway 395 early on February 14, down a 30 foot embankment. Three firefighters were sent to a local hospital for treatment and later release.

On February 14, 2019, at about 6:15 a.m. a Type I fire engine from the Deer Springs Fire Protection District was responding to a reported vehicle fire. While traveling on Old Highway 395, the fire engine left the roadway and came to rest on its side 30 feet down an embankment.

The fire engine sustained significant damage. Three firefighters were transported to a local hospital for treatment and subsequent release. 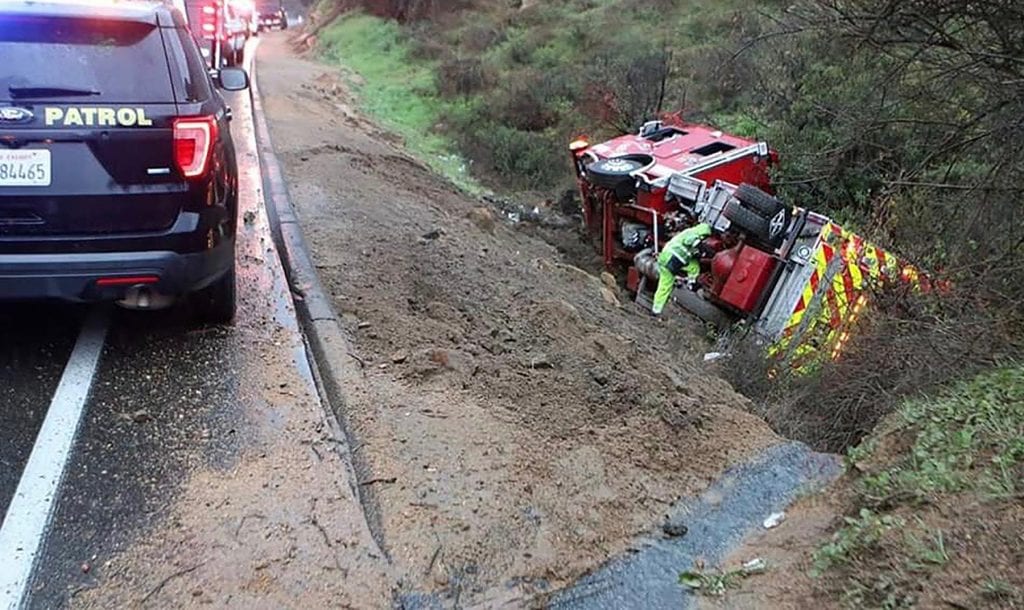