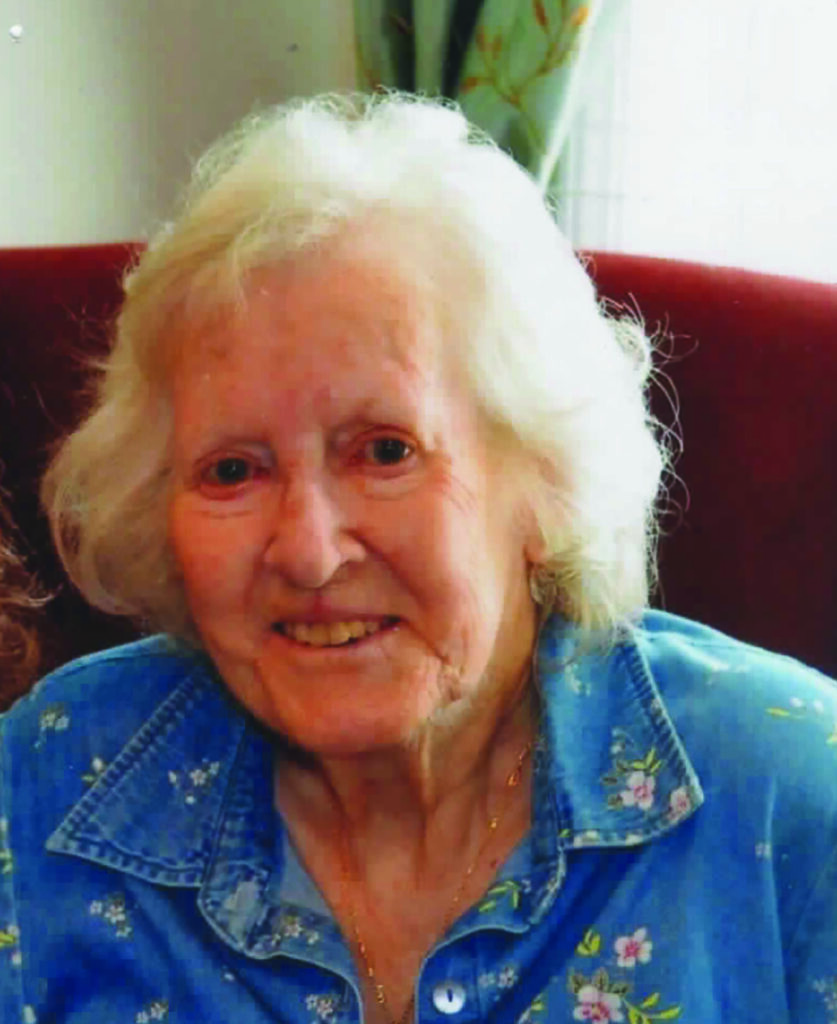 Mrs. Wilcox was born in Carlisle, England on March 18, 1929 to Charles Elsbury Winter and Margaret Pearl Winter, nee Wilson.  She attended the Carlisle and County High School for Girls and then the Hunmanby Hall School, operating in Armathwaite Hall, Bassenthwaite, during the Second World War.

In 1948/49, she completed a translator’s degree at the University of Geneva, where she met Ralph Wilcox, a US veteran of WWII, studying French on the GI bill.  Dawn was only 19 and knew that her parents would never let her marry an American, so she returned to England and Ralph to California, and they corresponded for two years until Dawn turned 21.  Dawn then spent one year in California before the couple was married on September 6, 1951 in St Michael’s Church in Carlisle.

Ralph Wilcox accepted a job in adult education with the United States Forces, and for the first 15 years of their marriage, they lived in various parts of France, including Verdun, La Rochelle, Tours and Fontainebleau, where all three of their children were born, Carol in 1953, Ian in 1955 and Susan in 1958.

During the 1960s, Mrs. Wilcox became involved in Girl Scouts, as a much beloved leader of Junior troops and then in the 1970s as a trainer for new leaders. Following her father’s death, Mrs. Wilcox, who could not bear the thought of never seeing him again, sought and found renewed Christian faith, which was central to her life for the subsequent 40 years.

In 1966, the family moved to Heidelberg, Germany and in 1974, to Belgium.  In 1985, Ralph Wilcox retired and returned to Southern California, to Hidden Meadows near Escondido, where they built their dream house with a pool, which Mrs. Wilcox had spent years designing.

The couple spent nearly 20 idyllic years in Hidden Meadows, describing every day as “another day in paradise.”  During this time, she enjoyed gardening and managed to cultivate a spectacular British rose garden.  She was actively involved in the local garden club, a book club, yoga classes and regularly helped with grandchildren in Hacienda Heights, also hosting and visiting those in Princeton, New Jersey.

After Ralph’s death in 2005, she stayed in her home another five years, until her macular degeneration worsened, rendering independent life impossible.  The last decade of her life was divided between her two daughters’ homes, in Princeton and Rancho Palos Verdes.

Mrs. Wilcox loved discovering the world and traveled all over Europe, from Greece to Scandinavia during their 35 years in Europe. A highlight just before retirement was a trip to the Holy Land. In later years, she particularly enjoyed cruises, many of them with Susan, to Bermuda, Alaska, China, New Zealand and the Baltic Sea.  After retirement, she returned to England twice, first in 1998 and in 2007, and she was impressed by the positive changes in her hometown but never did miss the rain!  Her last cruise was to the Sea of Cortez, in honor of her 80th birthday in 2009.

Mrs. Wilcox’s greatest joy in life was her family, and she delighted in her three children and five grandchildren, particularly enjoying playing card games and organizing special outings to museums, as well as fun trips for them, such as a trip to see the whales in Baja, California or to Catalina Island and a cruise around Hawaii in honor of their 50th anniversary.  She was tickled pink to have participated in kindling grandson Sean’s passion for science at an early age.  She will be greatly missed by her three children Carol Wilcox Prevost (Jean Herve) of Princeton, Ian Wilcox (MaryAnn) of Hacienda Heights, and Susan Wilcox of Rancho Palos Verdes; her 5 grandchildren, Christopher Prevost (Brenda), Ian Prevost (Nam) and Olivia Prevost Karr (Ryan), Sean Wilcox (Lauren) and Lisa Wilcox; and 6 great-grandchildren Tyler, Landon, Amelia, Lily & Ralph Prevost and Audrey Karr.

The family suggests contributions to Heifer, Int., one of Mrs. Wilcox’s favorite charities.