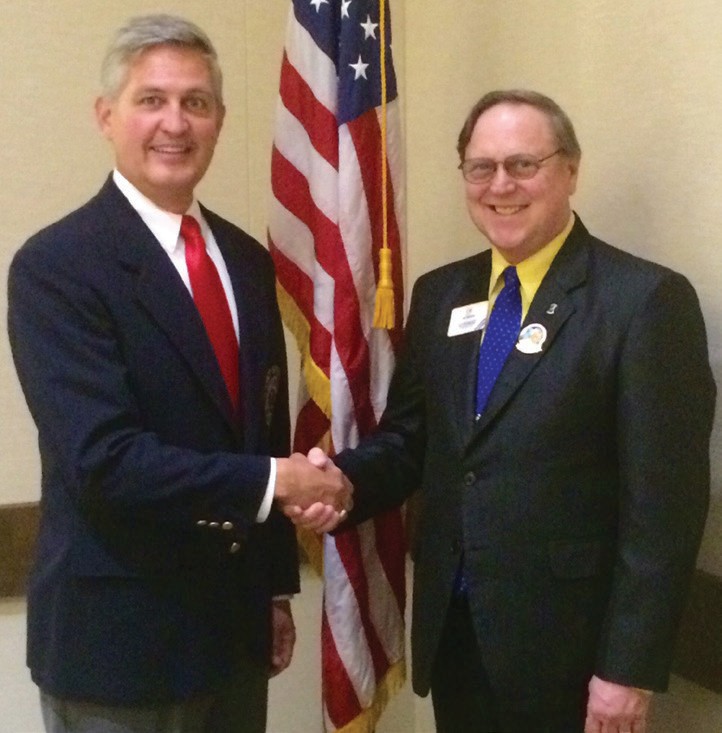 His district encompasses sixty-two Lions Clubs in San Diego and Imperial counties. Lions Clubs International was founded in 1917 and is preparing to celebrate its centennial anniversary.

As the world’s largest service organization, it has over 1.4 million members worldwide. San Diego Downtown Lions Club was founded in 1922 and is the oldest of 62 clubs operating in this region.

Governor Roberts joined Lions in 2009 as Charter President of the Del Mar/Solana Beach Lions Club, having been recruited by members of the Encinitas Lions Club, and he then helped charter the Live Well San Diego Lions Club.

Governor Roberts’s theme for the year is Seize the Day and he plans to host the next district-wide meeting at the Braille Institute in University Town Centre on August 27 at 10 a.m.