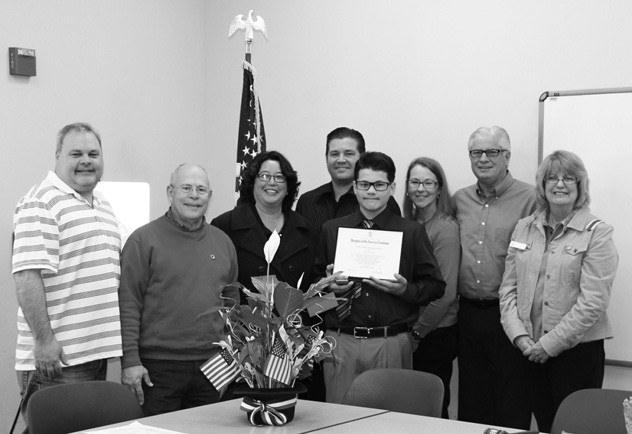 The award recognizes students who are representative of exemplary American citizenship. Kyle was nominated for this award by his teachers, who wrote that he is a sensitive, focused, loyal and passionate student, who excels academically, as well as possessing positive leadership and sportsmanship skills.

Besides the award medal Kyle was presented with two history books and a certificate from the National DAR Offices.