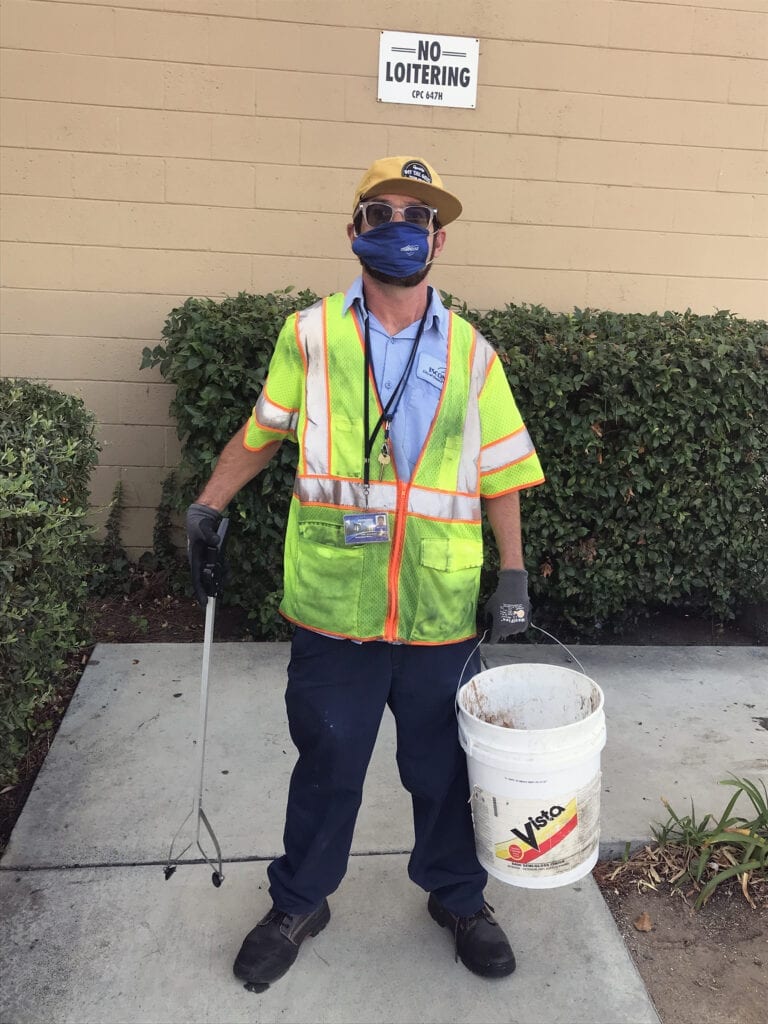 “It’s been twenty-five years on September 28 that I had my car accident,” Dan “The Man” Naylor told The Times-Advocate the other day when we ran into him. Naylor—over the years—has become a fixture in the city, always cheerful, always ready to help. As a child Naylor was hit by a car, an experience that put him into a six month coma. When he woke up he had cerebral palsy. For a while he was in a wheel chair. Once he got out of the wheel chair he became a well-known downtown personality. A few years ago the city added him to the payroll, employing him for something that he was doing anyway. In 2016 then city councilmember Ed Gallo awarded him the Public Service Award for his positive attitude and great work ethic. “He has not let his disability get in the way of living his life to the fullest and helping others,” said Gallo. Naylor, who was picking up trash near the Boys & Girls Club on Woodward Avenue, said he keeps all the newspaper articles about himself on the walls at home. He asked us to keep some copies of this newspaper and, of course, we promised we would.