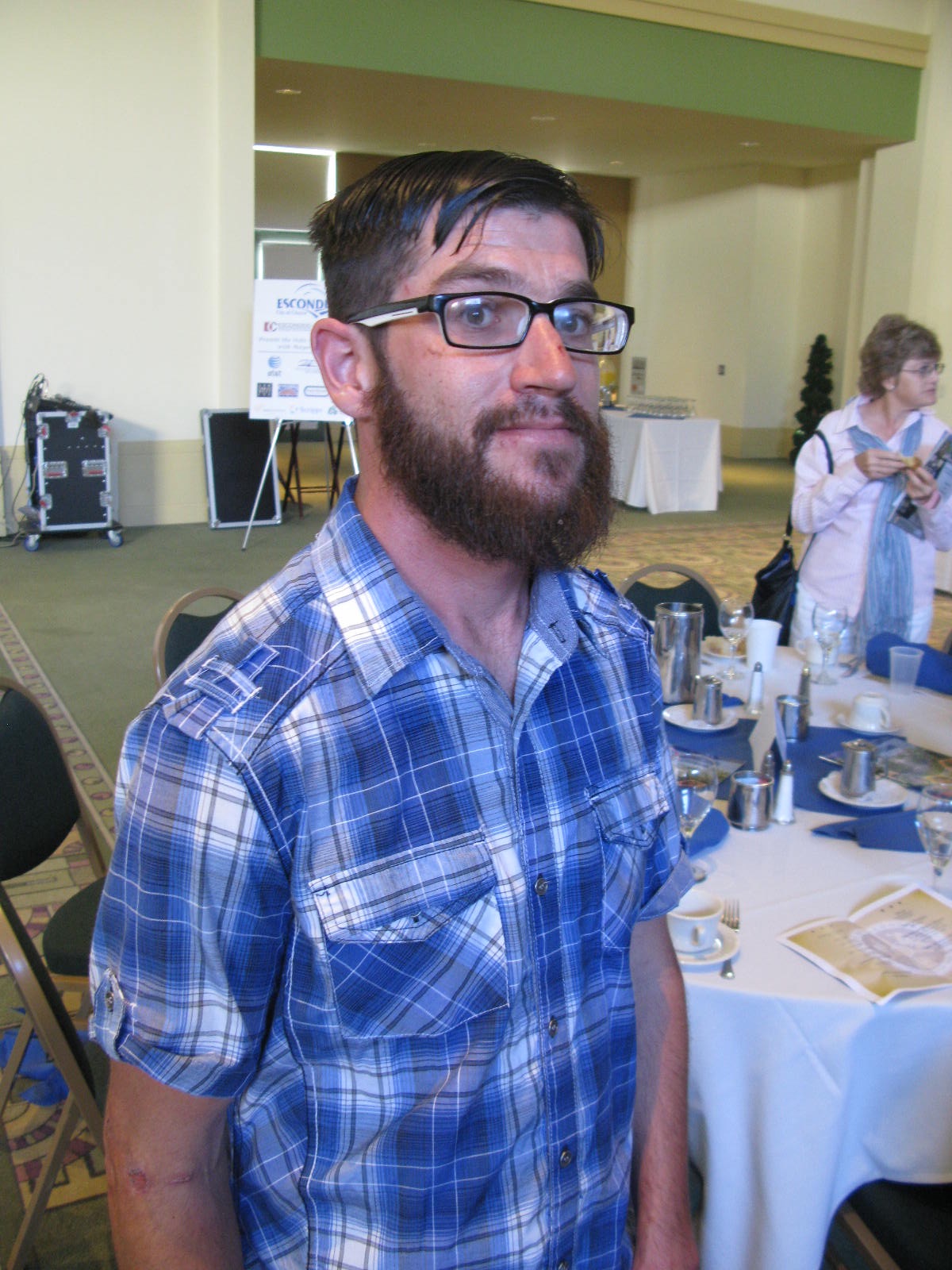 Councilman
Ed Gallo introduced an extraordinary man at the State of the City event
at the California Center for the Arts this week.

Gallo was about to read his remarks when Dan Naylor came up on stage to receive a public service honor.

“How come you’re not wearing your vest?” Gallo asked, drawing laughter from the crowd.

Naylor
suffers from a traumatic brain injury, which causes him to speak very
slowly, otherwise, he seems bright and on top of things.

After
starting his one-man campaign to clean up the avenue, two guys, Bud and
Dan, of the Public Works Department noticed him. They found that he had
a sense of civic pride so they had a custom safety vest made for him
with the city logo and the words “Dan the Man” on the back. 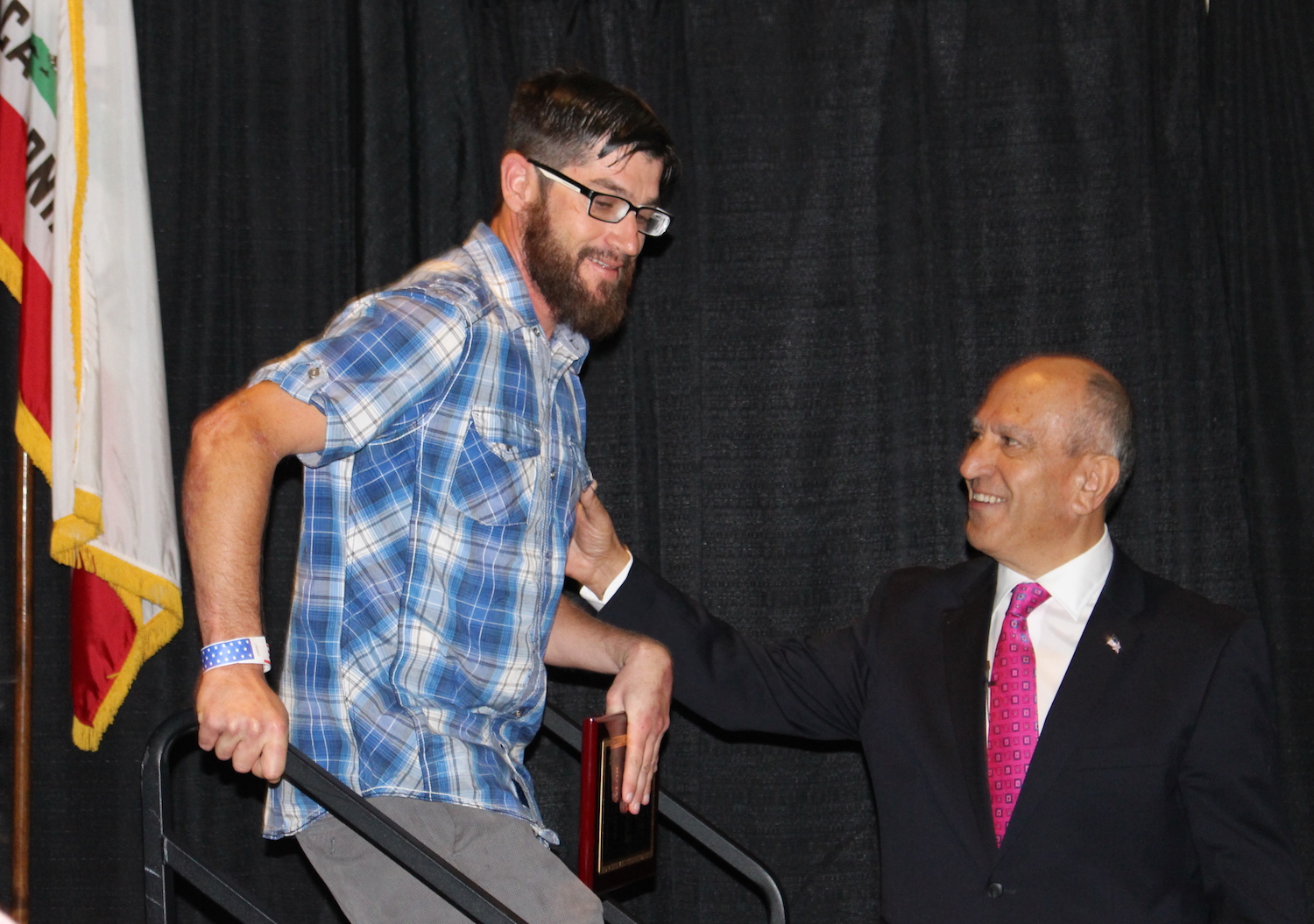 strong work ethic,” Gallo said, before giving him
the public service award. … he has not let his disability get in the way
of living his life to the fullest and helping others.”

Naylor,
who started cleaning Grand in 2014, said he learned public service as a
student member of the Kiwanis Club at Oceanside High School.

“We used to go out and pick up beaches and stuff,” he said. “We were trying to make a better environment.”

“I
help all the businesses up and down Grand Avenue as much as I can, plus
I help at the Farmers Market,” he added. Dan helps members of the
Escondido Arts Coalition set up booths at the Tuesday afternoon outdoor
market.

Of
his job at the Kettle, he said, “I’m not very good at making food or
brewing coffee, but they made a special position for me, I’m the sign
twirler and I do marketing for the Kettle.”

Check out his Facebook page. He does poetry and has an off-the-wall sense of humor.

“If everybody thought like I did, the world would be a much better place,” he declared. “I love helping people.”