Cuba and Beyond: An American visits the formerly forbidden island 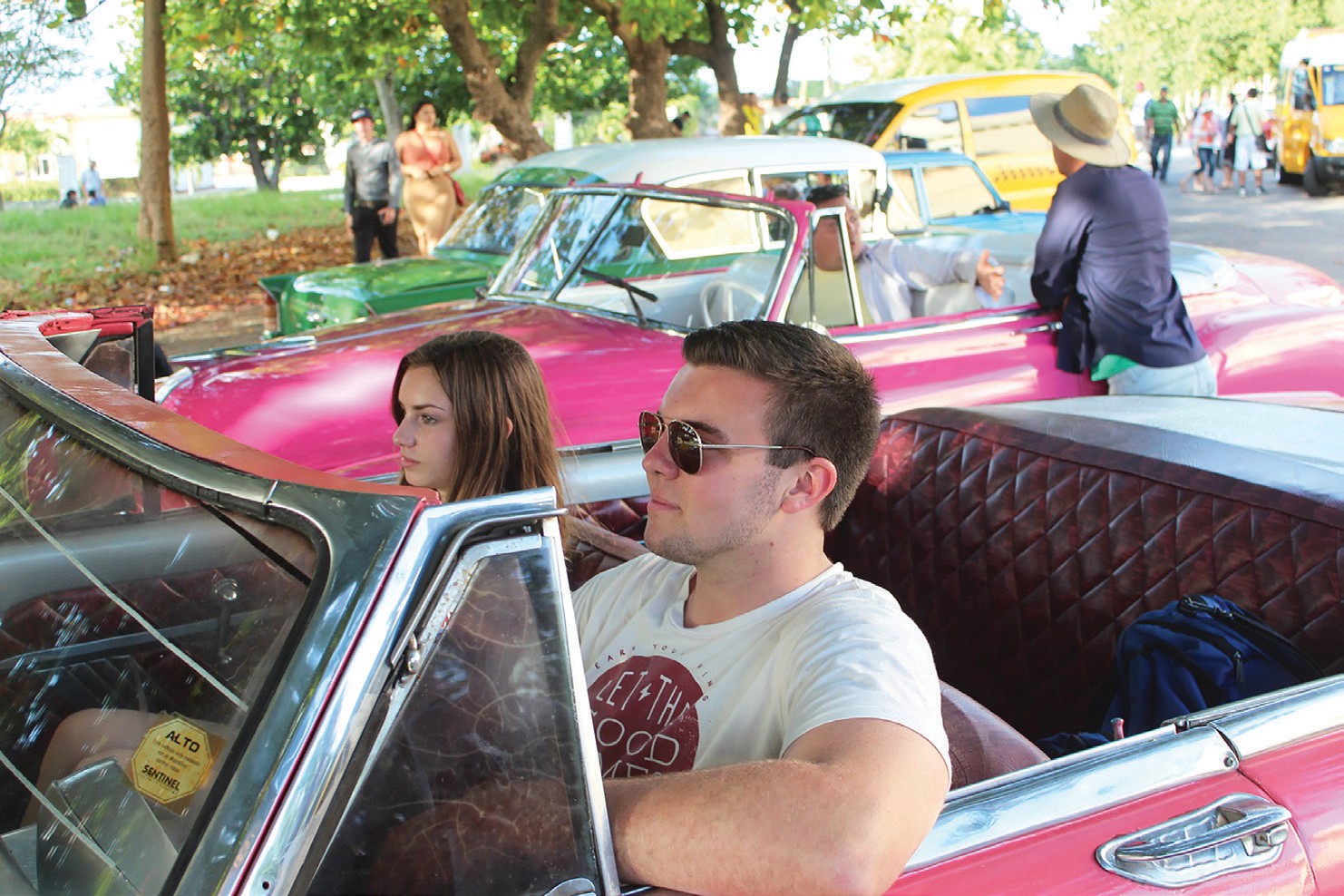 The mystery of Cuba began to fascinate me when I was pregnant with my first child during a cruise sailing between the Cayman Islands and Jamaica. The captain announced that if we looked starboard, we would see what seemed to me a dark, forbidden land rising from the sea. Would I ever be able to set foot in this communist country?

The Answer is “yes.” That son I was expecting is now 18 and we stepped foot on that land the week before Christmas. I must admit, even though I know the rest of the English-speaking world, including Canada and Great Britain, has long been enjoying what Cuba has to offer, I was a bit fearful of what type of welcome we would receive. Since the United States started to normalize relations with Cuba in 2016, we have been making progress, and now U.S. citizens and residents can enter Cuba legally via 12 reasons deemed appropriate by our State Department.

We applied under education/people to people 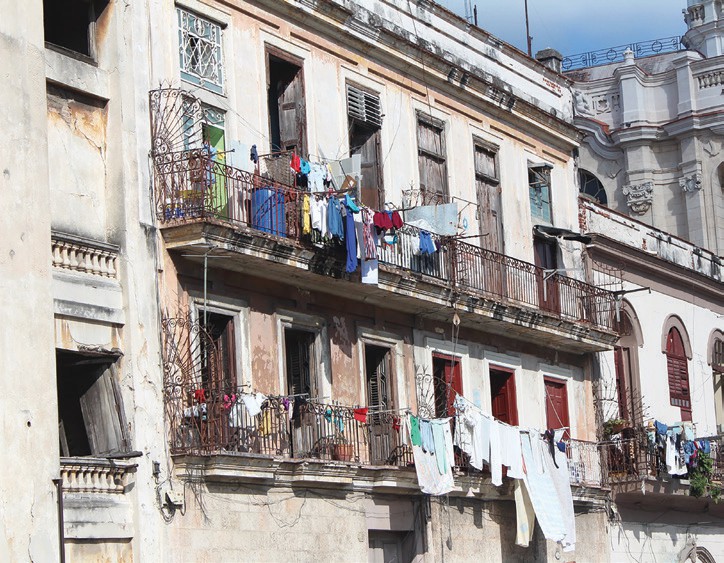 The warm, tropical climate is ideal for drying laundry year around.

I discovered before we left, that, as in all communist countries, there are shortages, including baseballs, which also happens to be part of Cuba’s favorite pastime. We brought a suitcase of Bibles and baseballs with us, and we were swarmed on the sidewalk outside of Havana with Cubans wanting both. It was difficult to see how other people are in such need and highly value items that sometimes we can barely give away. I vowed to return with more.

As for another item we tend to take for granted, the internet, in Cuba one can only access the World Wide Web if a card is purchased for $2, a two-day wage for most, giving an hour of web access. The internet is censored by the government, and we discovered while we were visiting that at least one popular social website, Snapchat, does not pass through the government filters.

The people in Cuba are extremely hardworking, clever, and hopeful. Even though they desire more than 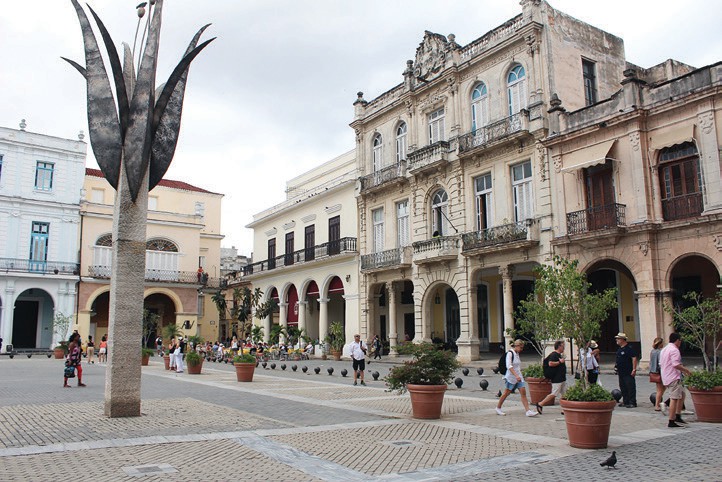 their country will allow them to currently achieve, I can see that they are very patriotic and are filled with national pride as they speak and reminisce about Cuba’s history surrounding “the revolution” and Fidel Castro. Cubans, especially the 40 and under age group, are hopeful for progress with their current leader, Raul Castro, Fidel’s brother, leading towards membership under a more global umbrella. They know it will be slow, but the hope of moving towards a community with basic capitalism as a foundation inspires them.

Many want to start their own business to reach up and pull themselves out of the government’s oppressive control. Tourism is the largest income producer in Cuba, so it is not surprising that most of the startup businesses that the government allows are in that area. All the old American Ford, Chevys and Pontiacs that we see traveling the streets of Havana are highly valued as they are the only vehicles allowed to be bought and sold between 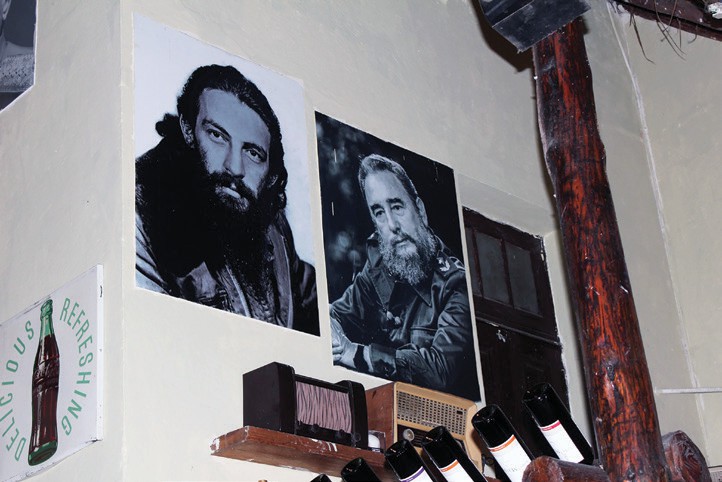 Posters of Cuban revolutionaries, including Che Guevara and Fidel Castro, displayed in a tourist oriented restaurant.

private parties. Most of these old Classic American cars are used as taxis or in other tourism related activities.

Cuba is a wonderful travel destination. Of course, as in a lot of life’s situations, there is irony. The first of which is not so obvious: unlike Cuba, we live in a country of many freedoms, yet we are not completely free to travel to Cuba. The other irony is very real: If capitalism influenced by the U.S. is allowed to move into Cuba, along with the expansion of the internet, the innocence of a people along with their culture will be altered and diminished. I left the people I met with a warning: of course, free enterprise and business startups are a good thing, but don’t let the McDonalds and Burger Kings destroy the culture, look, and feel of their country.

Lori Hatley is a former Valley Center resident who recently moved to Escondido. She spent part of her Christmas vacation in Cuba. * * *