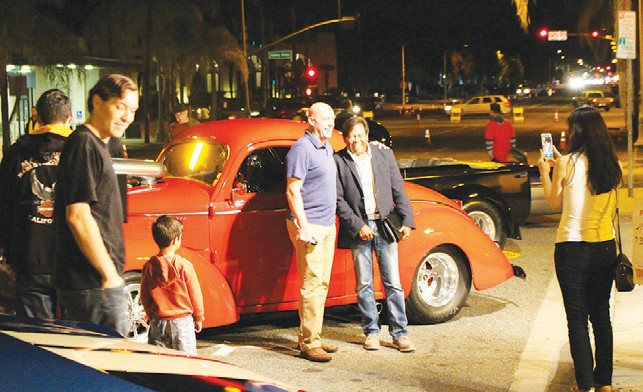 The Willys Americar were showcased at the April 10 Crusin’ Grand.

“Stellar and awesome!” are the words that Cruisin’ Grand organizer Steve Waldron is using for the first few Fridays so far in this six month-long celebration of the American automobile.

On April 10 the festival welcomed the Willys Americar. “We had a huge amount of spectators and cars that I’ve never seen before,” said Waldron. The festival also welcomed a film crew from the Discovery Channel

“We’re always working to have fun out here,” he said when asked what is on the horizon this summer at the festival.

“We’re trying to get the Oscar Meyer Wienermobile out here. We’re also trying to get the Munstermobile (actually called the Munster Koach) from the old Munsters TV show. I don’t know if that’s going to happen though because it’s hard to get that car out of the museum where it’s at.”

Cruisin’ Grand happens every Friday night beginning about 5 p.m. (although North Juniper, Kalmia Broadway and Maple streets are roped off earlier) and running until 9 p.m. Grand remains open for cruising.

Week Five, May 1, the theme will be Country Gents.

Week Six, May 8, will be Fabulous Fords.