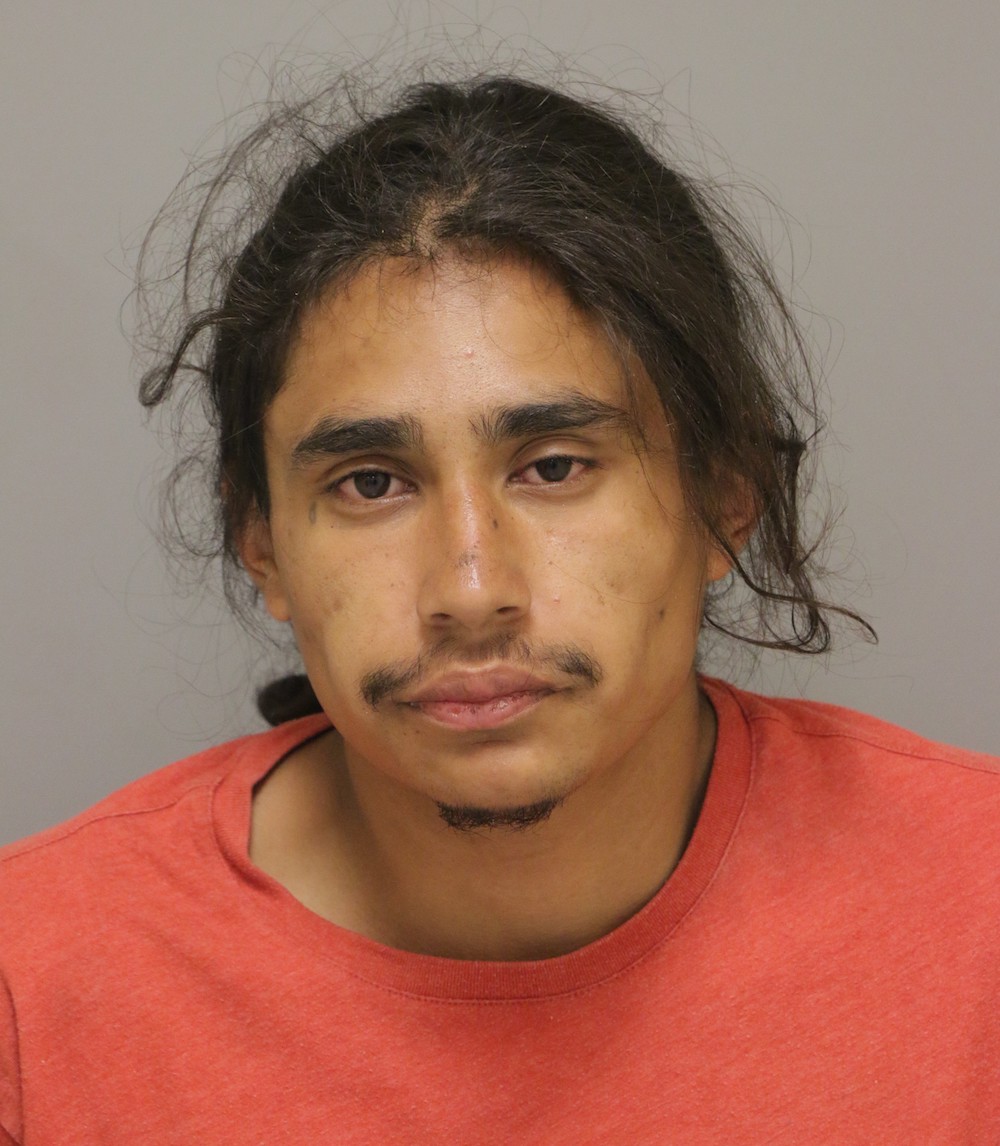 On 04-03-20, Timothy Alvarado (22-years-old from La Mesa) was released from the Vista jail after serving the remainder of his sentence on a burglary conviction. Shortly after his release, Alvarado began staying in Escondido. On 04-13-20, ten days after Alvarado was released from jail, the Judicial Council of California directed all the Superior Courts in California to implement an emergency bail schedule as the result of COVID-19. These new requirements resulted in zero bail for all felonies and misdemeanors that do not fall into one of (13) categories. As a result, persons arrested for felonies outside of the (13) categories were released on citations instead of being booked into jail with a set bail amount. Beginning in early May, Alvarado embarked on a crime spree in Escondido as follows:

On 05-02-20, Alvarado was arrested for driving a minivan that had been stolen from a used car lot in Escondido. Alvarado fled from officers in the stolen minivan at high speeds and even drove on the wrong side of a divided road in an attempt to avoid capture. He was apprehended at the termination of the pursuit and he was arrested for Auto Theft, Possession of a Stolen Vehicle, Felony Evading, Driving on the Wrong Side of the Road During a Pursuit, and Resisting Arrest. He was unable to be booked into jail, so he was released on a citation.

On 05-04-20, Alvarado was arrested for driving a stolen Jaguar sedan that had been taken from the area of Morning View Dr and Lincoln Ave in Escondido. Police were able to stop him at the Motel 6 at 900 N. Quince St where they arrested him for Auto Theft and Possession of a Stolen Vehicle. The victim did not know Alvarado. He was released on a citation.

It should be noted that Alvarado was contacted by the police 2 other times on 05-12-20 and 05-15-20 where he received citations that would not have been bookable in jail even without the emergency bail procedures. On 05-12-20, he was cited for a municipal code violation in the 200 block of W. Mission Ave. On 05-15-20, he was arrested for Resisting Arrest and Possession of Drug Paraphernalia at the Motel 6 at 900 N. Quince St. He was also contacted the morning of 05-16-20 at the Transit Center at 700 W. Valley Pkwy by an officer conducting extra patrols. Alvarado was released after the officer completed a field interview, but no citation was given.

On 05-16-20, at 1450 hours, an Escondido Police supervisor was fueling up his patrol vehicle at the City of Escondido public works yard. The public works yard is across the flood control channel from the Escondido Sprinter Station at 796 W. Valley Pkwy. The supervisor heard someone yelling “Stop” coming from the area of the Sprinter Station. The supervisor drove over to the perimeter fence and observed a suspect wearing a hooded sweatshirt emerge from bushes near the Sprinter platform. The suspect then began running west down the bike path toward Tulip St. A victim then emerged from the bushes holding his neck and he was yelling at the suspect to stop. The supervisor made his way over to the victim and discovered that he had been stabbed in the neck and was bleeding profusely. The supervisor rendered medical aid until paramedics arrived. The victim, an adult male transient, was transported to Palomar Medical Center where he underwent emergency surgery. The victim is currently recovering at the hospital and is listed in stable condition. The suspect was detained by police within minutes on the bike path just west of Tulip St. He was identified as Timothy Michael Alvarado (DOB 08/28/1997) and he was able to be booked into the Vista Detention Facility for Attempted Homicide. The events leading up to the stabbing and any potential motives are still under investigation.