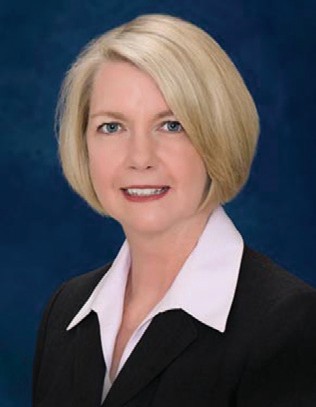 In a statement that raised eyebrows but made the obvious point that the emperor isn’t wearing any clothes, San Diego County Water Authority (SDCWA) General Manager Maureen Stapleton declared last week “In San Diego, there is no water drought. There is a regulatory drought.” Stapleton was speaking at the first North County Water Summit, held at the Vista Civic Center.

Stapleton’s point was backed up by several local water managers interviewed by the Times Advocate this week.

In a sense, it is as if a family has by virtue of thrift and foresight put away enough food to feed itself without cutting back. But because its neighbors didn’t salt away enough supplies, it must ration even though it has a full larder.

For two decades the San Diego County Water Authority, which sells water to most of the local water agencies in the area, including those that serve Escondido, Valley Center and Pauma Valley, has taken steps to increase storage and implemented effective conservation programs, including signing on to the Poseidon desalination plant that will go online in a few months. It has also made a deal to buy water from the Imperial Valley that was freed up when the water districts there installed a lining on the California Aqueduct that saved millions of gallons from being lost to seepage.

These actions were taken after the 1991 drought came close to devastating the local economy, and particularly its growers. At that time San Diego was almost completely reliant upon imported water from the Metropolitan Water District “the Met.” SDCWA reached an agreement with the Imperial Irrigation District (IID) to buy 200,000 acre-feet annually.

SDCWA’s efforts have led to cutting dependence on the Met to 48%. That percentage is expected to drop to 30% in coming years.

According to Stapleton, quoted by the San Diego Union Tribune, “We used less water in 2014 than in 1990.”

Despite these efforts, San Diego County is not allowed to disregard mandatory cuts that were imposed by the state government on the entire state.

Lin Burzell, manager of the Yuima Municipal Water District, commented, “Maureen Stapleton is exactly right. The drought we are in is the drought that several generations of San Diegans planned for. We have adequate supplies right now because we invested in the infrastructure that a population of our current size requires given the vagaries of Southern California’s climate. Neither the governor nor the people of California are being well served by the staff of the State Water Board, whose one size fits all approach isn’t working, unless you define ‘working’ as laying the groundwork for a State takeover of all aspects of water supply in the State.”

Greg Thomas, general manager of the Rincon Del Diablo Municipal Water District, which serves greater Escondido, said, “I have to agree with the wording and statement. The Water Authority and member agencies, and more importantly the ratepayers, have invested considerably to harden the region against droughts and the negative economic impacts, to the point member agencies have been allocated 98 percent of our annual demands this year. Yet, many agencies have been mandated to reduce 25-32 percent.”

Thomas added, “Our customers have also done a good job converting to more water-wise or drought tolerant landscapes, though, we can always do more to conserve. No one knows what the future holds in regards to continued drought and the impacts, but we do know we will still receive around 90 percent of our regional allocations in the FY16-17 water year. Thus, it is not a supply issue for the San Diego region, but one-size fits all poorly constructed regulatory restriction that we have been placed under. The problem is ‘water’ has been poorly managed from the state level, and those who were smart enough to invest and seek alternative sources are being unnecessarily penalized.”

Gary Arant, general manager of the Valley Center Municipal Water District (VCMWD), said, “Maureen is absolutely correct when she call what is happening in San Diego a ‘regulatory drought.’ Here’s why. Following the ‘90-‘91 drought event, the San Diego region stated loud and clear to the SDCWA and the regional water community that it did not want to be tied to single source of water (MWD) and face draconian shortages (50 percent) again.

“In the ensuing year, the SDCWA started on a course to make the region’s supply more diverse and reliable. Included in that effort were the 200,000 AF/YR IID Water Transfer, the 80,000 AF/YR IID/All American Canal Lining Project, the 90,000 AF Emergency Storage Project, and the 100,000 AF Carry-over Storage Project and the soon to come on line the 56,000 AF/YR Carlsbad Desal Plant.

“Along with the SDCWA’s efforts, many of its member agencies have invested in local supply development, including wastewater reclamation, brackish groundwater desalination, and conservation.”

Arant makes the point that because of regional efforts to develop alternative imported and local supplies and conservation, “Even with a 15 percent reduction in the supply from MWD, the SDCWA has access to enough water to meet at 98 percent of the normal domestic/ commercial demand of its member agencies for FY 15-16. Yet, even with an almost normal supply available to the San Diego region , with the way the state is implementing the Governor’s call for a 25 percent statewide reduction in demand, is requiring the retail water agencies to enforce mandatory reduction to their customers ranging from 12 percent to 36 percent, with VCMWD at 36 percent.”

He adds, “So despite the investment by our rate payers in alternative regional supplies to improve water supply reliability, they are still being required to reduce consumption by as much as 36 percent when, in the case of VCMWD, there is fully 96.5% of the water available to meet their needs. A 3.5 percent reduction could be easily met with moderate conservation efforts and would not need the aggressive and punitive enforcement program we are forced to implement to reach a totally unjustified and unnecessary 36 percent.”

Arant calls this approach, “a clear example of misguided, top-down, one size fits all regulation which ignores the actual, on the ground, water supply situation. This approach also sends the wrong message to those who have made the investment in water supply diversification and to those who might be evaluating those types of investments. To the water rate payers of San Diego the Governor/SWRCB is saying, ‘your $3.5 billion spent on infrastructure and alternative supplies to improve your water supply reliability was wasted as it by our regulation which will not let you have the benefit of your investments.’

He concludes, “We are truly in a ‘regulatory drought.’ ”