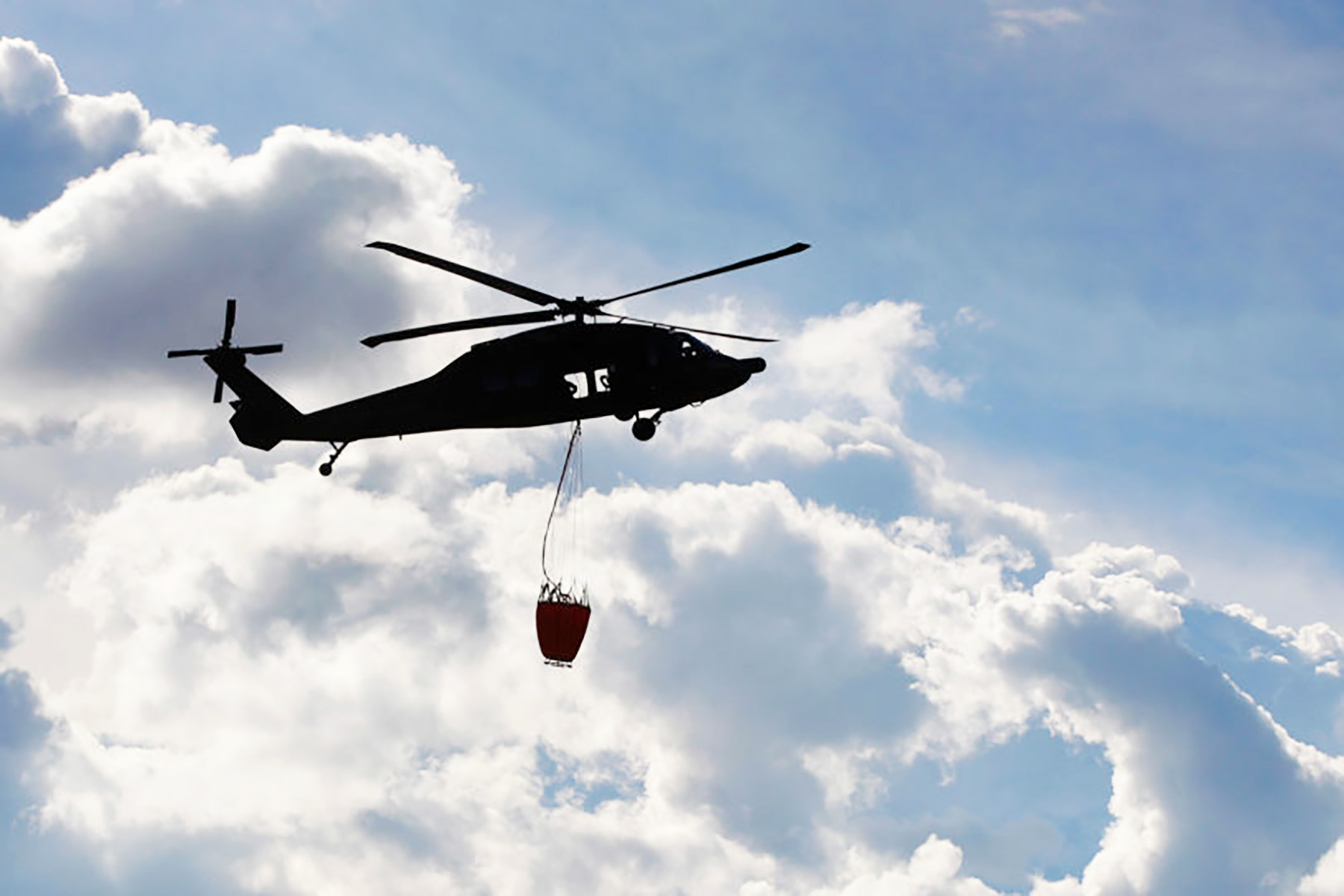 Photo of a UH-60 Black Hawk helitanker in the air hoisting a water bucket.

The agreement for the UH-60 will be effective when the amendment is official and will be in place until next June. During red flag weather events, when the fire risk is greatest, the helicopter will be pre-positioned in North County.

Under the agreement, SDG&E will cover the costs to operate the helitanker for the first two hours of any new flight, and the County will cover the second two flight hours. If used during a fire, the County could pay a maximum of $150,000 depending on flight time and reimbursements from the State of California or the federal government.

The County also shares a lease with SDG&E for an Erickson Skycrane helicopter, which was put into action for several 2018 fires including the West Fire in Alpine, the Rangeland Fire in Ramona, the Pasqual Fire and the Recycle Fire in Campo.

The region also currently has 10 aircraft available for initial attack:

The County also has three aircraft that can be called into action as part of a “Call When Needed” program.  For an extended attack, the County can also rely on 26 military aircraft if available.