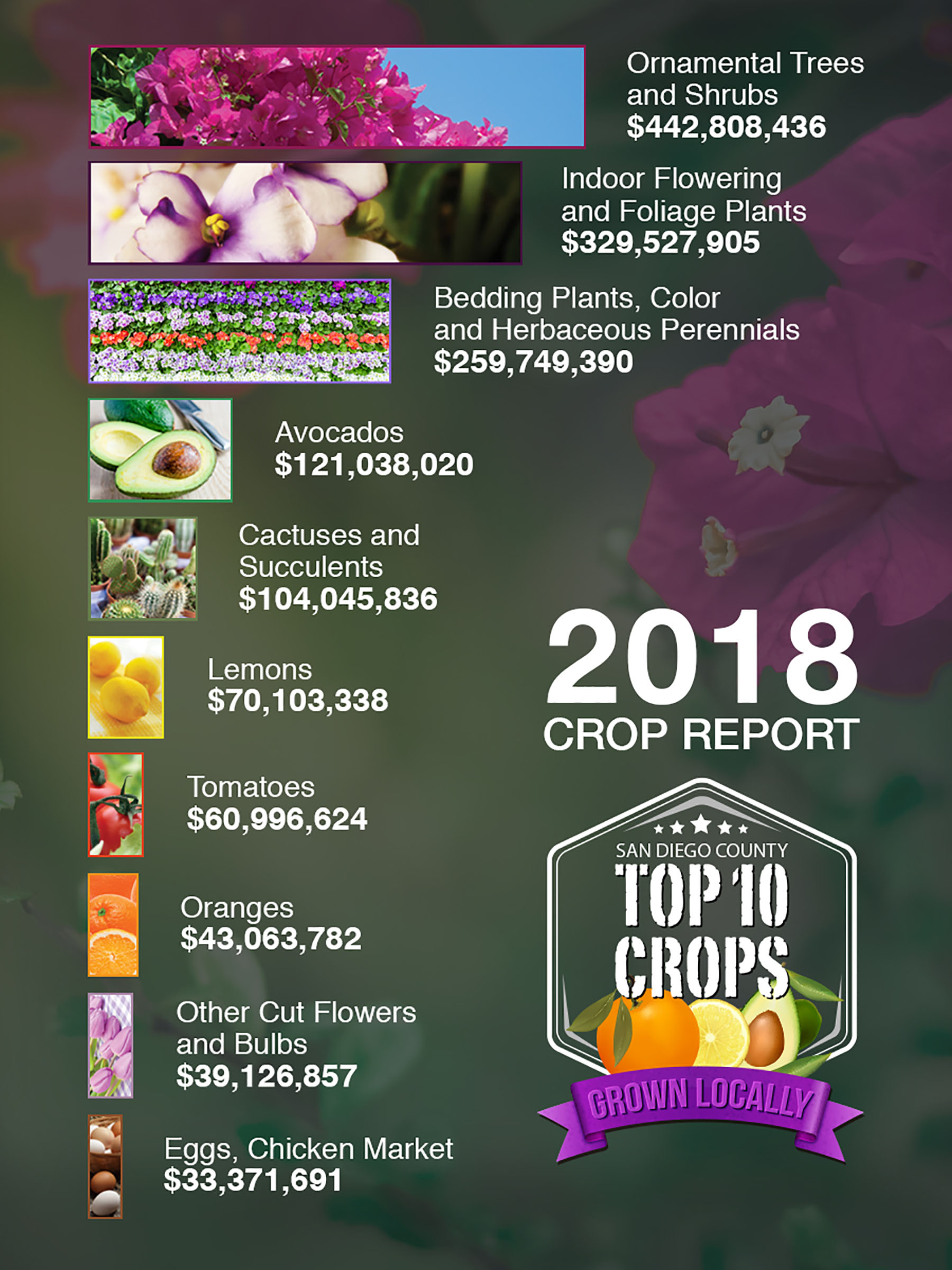 Three of San Diego County’s Top 10 Crops reached their highest total values in the past decade in the annual Crop Report released by the County this week, while total agriculture values dipped slightly after two straight years of increase.

However, three of the Top 10 Crops not only surpassed the values they reached in 2017, they reached their highest values in the past 10 years.

Two other Top 10 Crops—lemons and tomatoes—also surpassed their 2017 values, meaning five of the top 10 increased in value from the previous year.

The annual Crop Report is compiled by the County’s Department of Agriculture, Weights and Measures and can be seen online. The report provides a yearly snapshot of an industry that remains a staple of the region’s economy despite challenges like drought, rising water costs, fires, freezes and pests.

San Diego County’s Board of Supervisors has taken several actions in recent years to boost agriculture, including: creating a boutique winery ordinance to promote the creation of small wineries; approving a new beekeeping ordinance that allows more beekeeping while protecting the public; adopting an agricultural easement program that preserves agricultural space; streamlining regulations for things like cheese-making, agri-tourism and onsite horticultural sales.

“Agriculture is a major part of the region’s economy, making over a billion dollars annually,” Desmond said. “As the supervisor of District Five I have the pleasure of meeting with farmers from all over North County. District Five has a diverse variety of agricultural crops ranging from ornamentals and flowers to strawberries and avocados. I am committed to ensuring our farms and farmers continue to be successful in San Diego.”

Other highlights of the 2018 Crop Report, compared to the 2017 report, include:

Wine grapes increased 19% to $4,591,032, continuing to rebound after values decreased in both 2015 and 2016. Wine grapes became a trendy crop and soared by over 500% in 2012, two years after the Board of Supervisors approved the Boutique Winery Ordinance to promote the creation of small wineries.