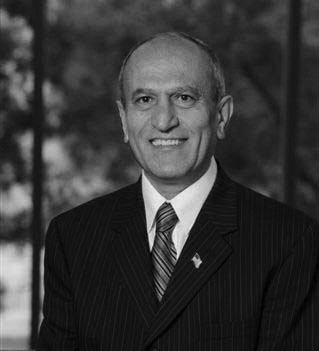 GOP Chairman Tony Krvaric said, “Endorsing one Republican over another requires a two-thirds vote threshold – and rarely happens. Clearly Sam Abed’s long-time and steadfast commitment to Republican principles and values earned him the support of committee members and we are proud to endorse him.”

More than two-thirds of the commit­tee members chose Sam Abed because they know his accomplishments, experi­ence, integrity and work ethic are unpar­alleled.

Abed is the leading candidate among Republicans in the contest, according to results from an extensive poll completed March 11-13 by the Abed campaign of likely June voters.

The poll demonstrates that, “Abed’s natural alignment with the district gives him the greatest opportunity to finish in the top two in June and defeat Roberts in November,” said researcher Adam Probolsky who conducted the poll.

Among the poll’s highlights:

• Abed is better known than his Republican opponent, with 15.8 percent higher name identification.

• Abed currently leads the field of Republican candidates. If the election were held today, Abed would win the primary election and Dave Rob­erts would face Abed in November.

• Even after Abed’s op­ponent repeats the false attacks she’s made against him, Abed still wins by double digits.

Finally, the poll demonstrates that Sam Abed’s message of restoring in­tegrity to the Board of Supervisors and focusing on fiscal responsibility, job growth, transportation infrastructure, public safety and clean, reliable water supplies resonates strongly with voters.

The poll stated that informed voters chose Abed over incumbent Democrat Dave Roberts by a significant margin and chose Abed over Mayor Kristin Gaspar of Encinitas by an overwhelming margin.