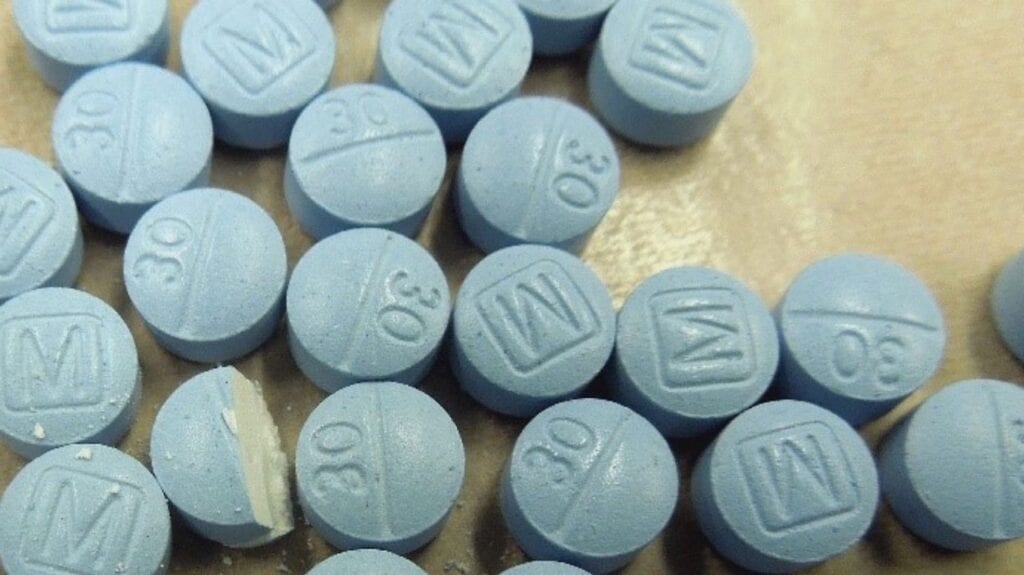 In neighboring Valley Center, Sheriff’s deputies this week were warning people to be on the lookout for OxyContin pills that are actually fentanyl and where four overdoses happened this week, two of them fatal.

Lt. Pat Shannon commented, “We’ve had in the last week four overdoses and two were fatalities,” he said. “It seems to be related to counterfeit OxyContin. They are actually made with fentanyl, which can be a much more powerful drug. A small amount can actually kill you.”

He added, “You can take one thinking you are getting the regular dose. We have these overdoses in clusters. We want to warn people about it. They are usually blue pills, marked with M30, and are commonly called ‘blues.’ ”

Something similar has been observed in Escondido, although not this week. The Times-Advocate contacted Lt. Kevin Toth of the Escondido Police Department, who provided this information: “We have run across the counterfeit M30 pills as well.  It’s been a little while since we’ve had an overdose directly related specifically to those.  I’m not sure that we were able to determine whether they knew it was counterfeit or not.  Fentanyl is also sold in powdered form or mixed with other drugs.  Many of the ODs in the county can be attributed to Fentanyl in one form or another.  Some users are purposely using Fentanyl because it is stronger, while others think they are using Oxy, heroin, or meth.”