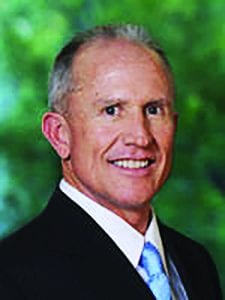 For months Mike Morasco was subjected to very nasty insinuations by email and social media that he had been colluding with other city council members to privatize the library. It doesn’t help that he is today being lionized by activists who hailed his “no” vote last Wednesday.

For months, he has been trying to find out who said he supported privatization. “It’s very accurate to say I didn’t decide how to vote until Wednesday night,” he insists.

“Everyone pointed to a singular source of their information as to why they felt the way they did and why they felt empowered to make the statements. Regardless of my denial about it was impossible because another council person had told them the opposite,” said Morasco.

For months, long before City Manager Jeff Epp presented the proposal to the council, there was a whisper campaign that everything was being done covertly and clandestinely. “People were being told that the council majority gave instruction to do this. That the council majority cannot be trusted.  It incited enough of a response to where there was so much vitriol and hatred and mean-spirted comments that it was rather disturbing,” said Morasco.

“People were saying ‘Because of your actions, I will not vote for you,” explained Morasco. “There were no physical threats. It was more the line of ‘you are someone who is supposed to be trusted and you can’t be trusted and I will not support you.’ For someone who feels they are doing the exact opposite of that, it is disheartening and alarming that is being said about you.”

Morasco said many people don’t understand the process of how an ordinance is adopted by the council. At one point the council was told by Epp, “There are people out there who say they can do things for a lower cost to the taxpayers, but we want to see if what they are saying has any validity or not.” That was the seed of the process.

He said, “People really do have a misconception of how things are done. I’ve had conversations where, no matter how I explained how the process works, there was no confidence because that individual had been told otherwise by another council person. It’s the city manager’s responsibility to provide the best and most efficient way to provide services and to do anything possible to utilize taxpayers’ dollars. It’s not up to the mayor or council members to highjack that process.”

He thinks it’s possible that some might have gotten the idea he had made up his minding about outsourcing just because in some emails he defended the process.

I asked Morasco why the city never explored the option of having the County Library system bid to run the Escondido library.

“That wasn’t an option that was included,” he said. “It’s been discussed as a potential for several years but has never really given enough of a benefit to pursue it further. That’s one person’s opinion. It wasn’t necessarily my opinion, but I felt that the current director of the county library is very interested in building new libraries and there might be a benefit to the city, maybe not in cost savings, but in construction. That was a question I still feel has not been answered to my satisfaction.”

That question could come up again, depending on what ultimately happens with the proposed contract with Library Systems & Services. “We have to look at what will happen.  Let’s say that contract doesn’t happen, then what is our option? Is it the county option, or a 501 (c) 3, like we have with the California Center for the Arts, where a nonprofit entity runs the operation?” Morasco said there are cities—he mentioned New York City, whose libraries are operated by nonprofits.

“I think those are other options that would be looked at should this contract not come to fruition. But that’s one person speaking,” he said.

The level of vitriol that was directed at Morasco was high this time, he says. “People will say to me, or I will get emails where people say, ‘You don’t listen to what the community is telling you, therefore you don’t deserve to be in office.’ What they don’t realize is there are just as many people on the other side who are saying the exact opposite. You say I can’t be trusted because you don’t do what I want you to do, and yet there are other people who approve.”

Morasco says that people who say, “I will not only fight against you, but I will fight the bond if you do this,” concern him. “People say they would sabotage the library bond because of outsourcing. They would be willing to sacrifice our child.”

He also worries about a process where people on one side or the other say, “Unless you are vehemently on our side, you are the enemy.’ You feel like you are beating your head against the wall.

One response to “Council did not prejudge library issue says Morasco”