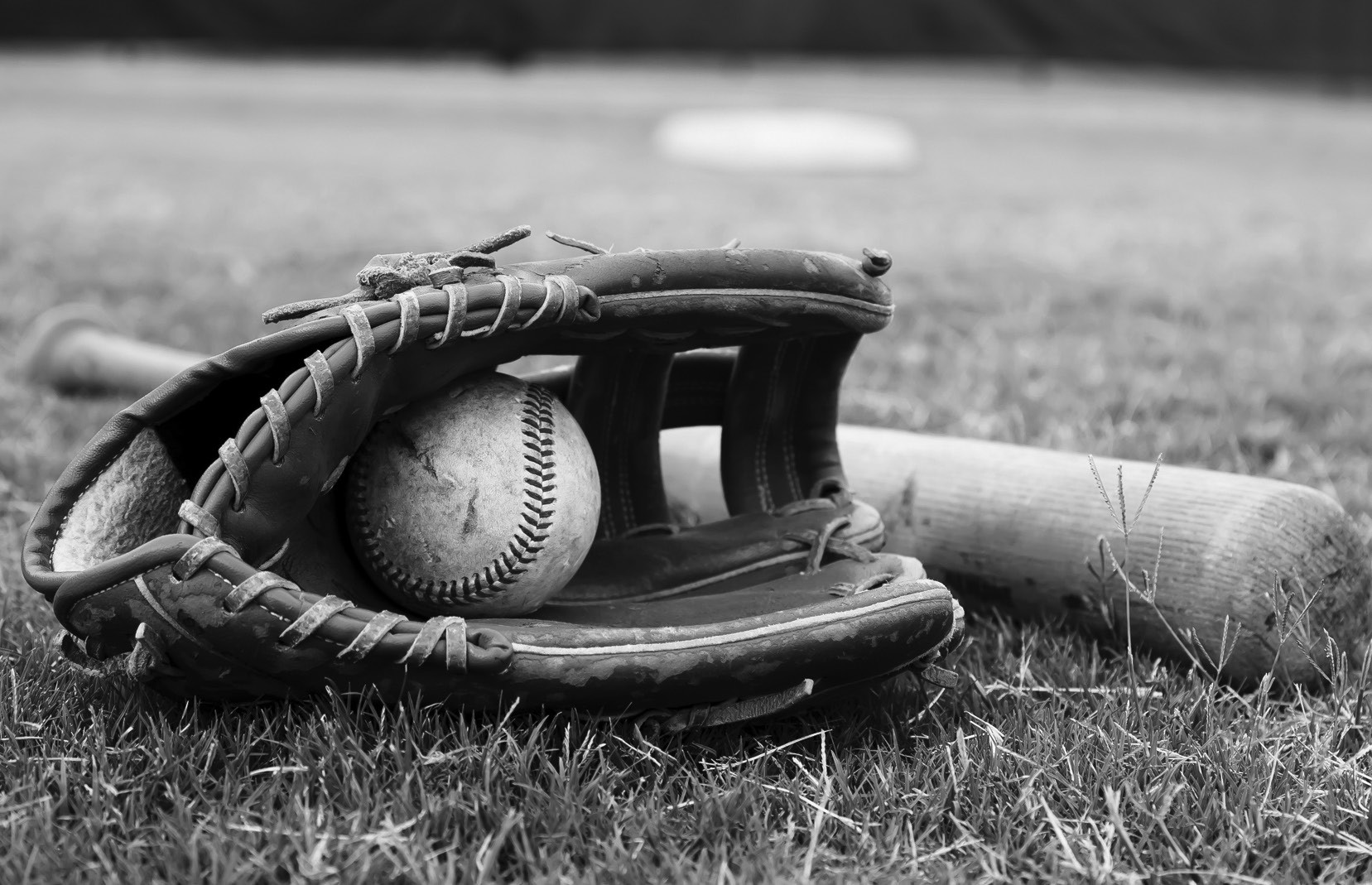 The Escondido High baseball team was on a most impressive run and one mighty roll. But as we’re taught from cradle to grave, nothing lasts forever and good things do indeed come to an end.

And such was the case for Coach Aaron Hoofard’s club on Saturday at Pete Coscarart Field. After having gone some 42 days since their previ­ous loss to Imperial, the Cougars saw their magnificent 16-game winning streak come to a halt as visiting Del Norte rallied late to upend the hosts 3-2 in the second game of a morning/ afternoon doubleheader. The setback dropped EU’s overall record to a still amazing 18-2, while its record in the Avocado East League fell to 5-1.

Coming into the finale, prior form strongly suggested that the Cougars would take care of business and keep right on truckin’. After all, EH had not only pasted the Nighthawks 16-6 earlier in the day but the Cougars had also defeated Del Norte the previous Wednesday by a 10-7 count. More­over, DN wasn’t exactly a jugger­naut, having won just six of 19 games while going winless in five previous league contests. The Cougars were clearly the prohibitive favorites in this matchup.

And through five innings, every­thing was proceeding as expected. Crafty EH right-hander Carlos Cer­vantes was on his game; pitching to contact, inducing ground balls, chang­ing speeds, pulling the string and gen­erally working on a gem, having al­lowed just a pair of harmless singles.

What’s more, the clever Cervantes had been staked to a 2-0 lead. The Cougars scored their first run in the third inning when aggressive Ben Donnelly (aboard on a walk) moved to second on a force, stole third base and then came home when catcher Jack Dwyer’s wildly errant throw soared into left field.

EH tacked on another score in the very next frame thanks in large part to Anthony Seneres. The athletic- looking senior led off with a smoked shot to left that carried over the out­fielder’s head and bounced off the fence for a booming double. Seneres then alertly moved up 90 feet on a grounder to third. Shortly thereafter, Branden Garcia lifted an RBI fly ball to left that brought home Sereres and extended the Cougars’ margin.

Given the way he was wheeling and dealing, that appeared to be more than enough run support for Cervantes. And when he got the first hitter in the sixth inning to ground out, the junior hurler seemed like a certainty to go the route and wrap things up. But the tide quickly shifted from that point on. Jason Brower pulled a bouncer deep into the hole at short and beat a throw in the dirt for an infield single. Michael Hov­ing was up next and he ripped a hard smash that shortstop Kellen McCoy wasn’t able to corral, setting up runners at first and sec­ond.

Then, came the seminal moment of the ballgame. Cer­vantes was able to get Noah Koehm­stedt to hit a grounder to Donnelly, a potentially inning-ending double play ball. The Cougar second sacker neatly scooped it up and made a deft flip to McCoy to get the force at second. But Hoving was bearing down hard on the EH shortstop and when the Night­hawk slid forcefully into McCoy, it forced a wide throw to first. With the ball bouncing away loose, Brower kept right on coming from second and touched home with Del Norte’s first run. In the immediate aftermath of the collision, the Cougar coaching staff contended that Hoving might have done something excessive during his slide but the umpires disagreed and the play stood.

Cervantes added to the drama when he subsequently grazed a hitter with a pitch and then issued a walk to load the bases. After a meeting on the mound, the decision was made to al­low the stocky righty to continue on. But the catcher Dwyer, whose earlier miscue had given EH its first run, was about to make amends. Behind in the count 0-1, the diminutive backstop got hold of a Cervantes pitch that 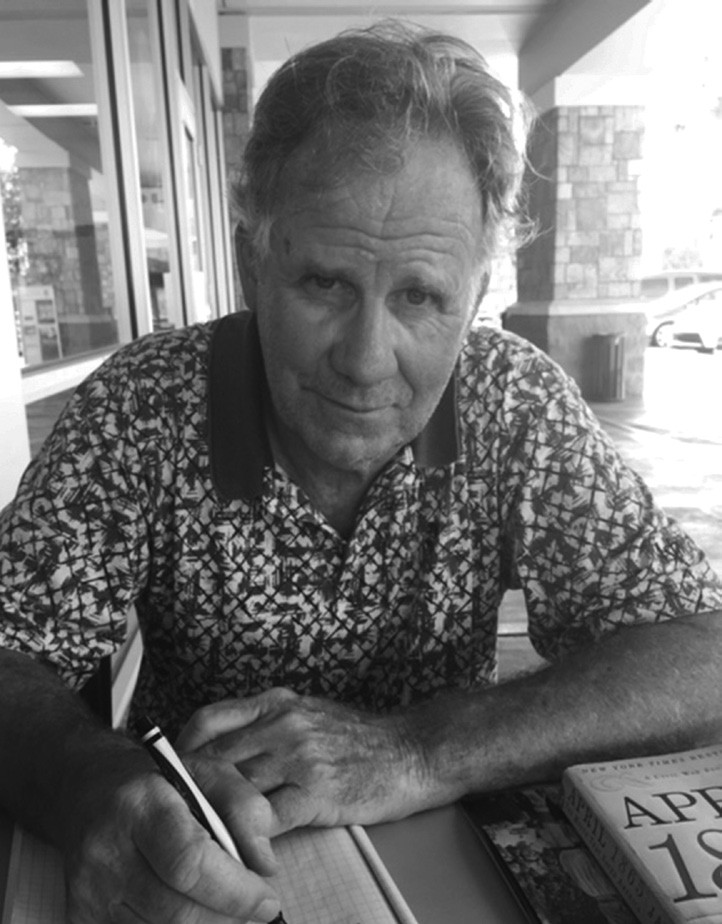 caught too much of the plate and pulled it just inside the leftfield line for a game- changing two-run double that staked the Nighthawks to a 3-2 advantage. As the Escondido fans groaned and went limp, the Del Norte contingent exploded in cheers as its team had en­gineered a most unlikely rally.

That was to be it for the Couger starter as he was replaced by another Cervantes, Juan. The freshman was able to restore order and get the final out but the damage had been done. The lead had been lost and a most magnifi­cent streak was about to expire.

Though EH’s Seneres did reach base on a high-chopping two-out single in the sixth, the Cougars really never threat­ened in the fi­nal two frames as right-hander Scott Roberts effectively shut the door and went on to finish off a five-hit, complete- game performance. The lean Roberts, equipped with a sweeping motion from over-the-top, displayed a solid assortment of pitches and was steady throughout. And when it mattered most, he delivered and was well de­serving of the victory.

Despite the disappointing defeat, the Cougars showed flashes during the game that hinted why they were able to run off such a lengthy win­ning skein and have such serious CIF championship aspirations come the postseason. There just weren’t enough of them.

When breaking down and evaluat­ing the Cougars, they appear to pos­sess a multitude of strengths that reach across the board.

To begin with, EH is a team that likes to press the issue, particularly on the basepaths. It attacks and feeds off of aggression.

The Cougar defense, featuring a solid infield crew comprised of first baseman Hunter Bean (who made a pair of stellar plays vs. DN), Donnel­ly, McCoy and Garcia, can play tight and snappy.

On the mound, there’s a lot to like, namely the Cervantes duo and the ace of the staff, rangy Jacob Moskowitz. The 6-4 junior is a strike-thrower who opened up the season by going 7-0 while showcasing a microscopic 0.55 ERA.

As far as the bats are concerned, there’s plenty of thunder available. Well-built Austin Rieman (who stung the ball twice against DN) and the smaller but highly skilled Donnelly have been raking above or near the .500 mark all season long. In addition, six other regulars have been hitting at a .300 clip or better. Put all those of­fensive pieces together and what you have is a sweet-swinging team with some serious firepower.

The Cougars are also the beneficia­ries of excellent instruction and tute­lage. Now in his fourth year as head coach, Hoofard has already guided EH to a pair of shared league titles. Hoofard has also assembled talented assistants like ex-Cougar players Nick Terrazas, Mike Garcia and Joel Sister. The Cheeks’, Tommy Sr. and Jr., both of whom played at the col­legiate level, are invaluable resources that help round out the staff.

Hoofard has fostered an environ­ment whereby he demands account­ability from his troops but willingly gives them a voice. Productive ex­changes between the coaches and the players are commonplace. Practices are highly organized and feature daily classroom sessions. A structure has been created in which the youngsters under Hoofard’s direction are re­sponding and thriving.

Though winning is obviously a focal point for Hoofard, he still em­phasizes the big picture. He wants to instill character in his charges while seeing to it that they have genuine re­spect for their teammates, the coaches and just as importantly, for the game itself. In other words, becoming win­ners both on the field and off.

It’s been quite awhile since the Cou­gars have had a 20-win season. It was way back in 2005 that EH last turned that trick. But this year’s team seems poised to reach that threshold and add to a proud tradition that is clearly re­viving itself.

Yes, the streak may have finally been snapped but given what the Cougars have demonstrated already, another lengthy one that ultimately leads to a Division III title could cer­tainly be in the offing. At 18 and 2 and with expectations high, Cougar base­ball is clearly back on the prowl.