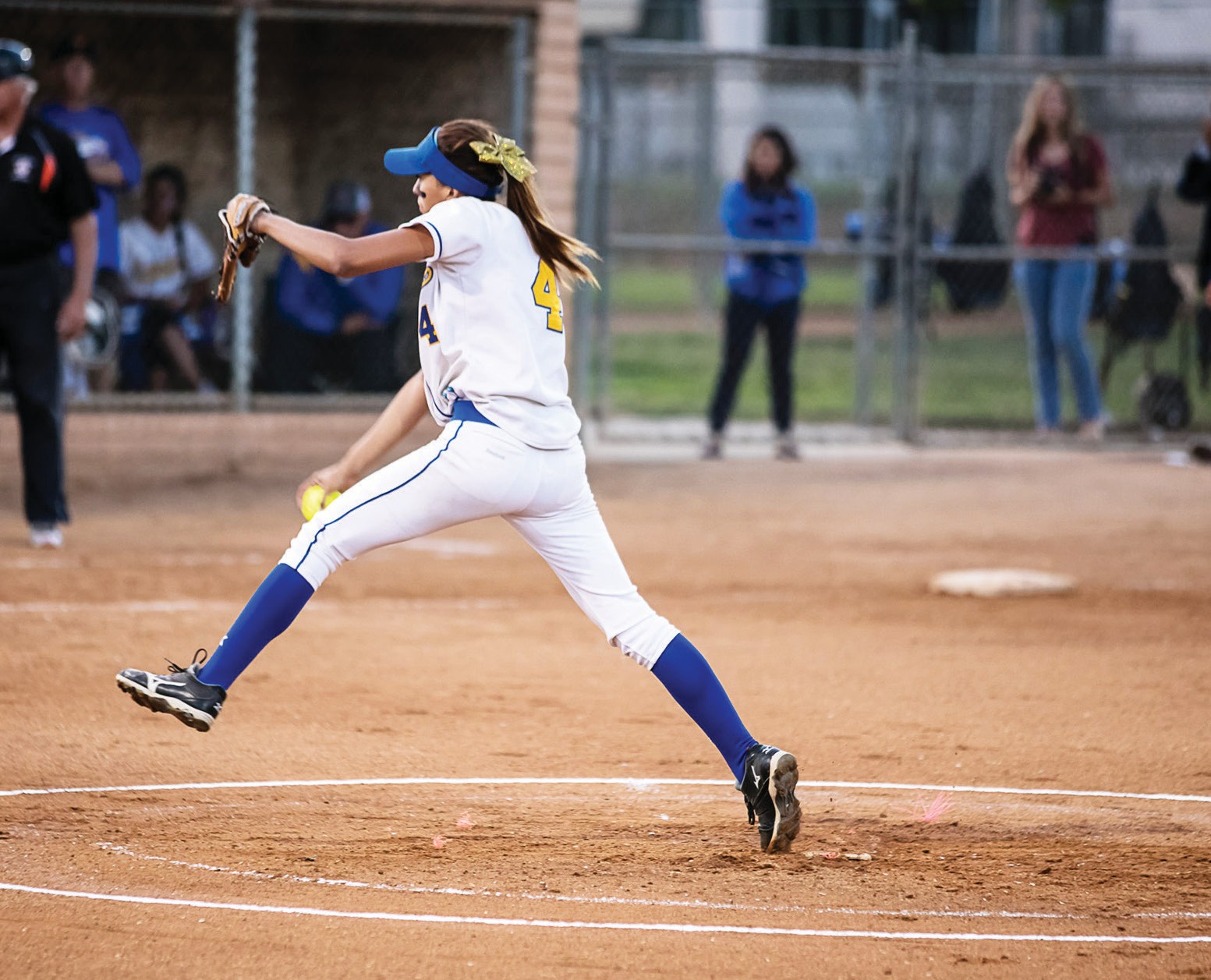 By any measure, the Escondido High softball team has had a splendid season.

The Lady Cougars won 22 of 29 games and began the year in blazing fashion with an impressive seven-game winning streak. And by virtue of its notable play, Escondido also earned a No. 1 seed for the upcoming Division II playoffs in which they will host the winner of the Del Norte- Olympian play-in game this coming Thursday afternoon.

But though it’s been a season of countless positives and admirable achievements, there is some reason for pause, if not concern. The Cougars have faltered somewhat down the stretch, losing their last two games, including a desultory 11-3 setback to Valley League foe San Pasqual in the regular-season finale for both clubs.

As a result, Escondido comes into the postseason sputtering a bit and with not much momentum. Based on the way in which they took care of business for most of the season, perhaps the Cougars’ mini-stumble as of late isn’t that alarming. But this much is for sure – if Escondido plays as fast, loose and unfocused as it did against the Golden Eagles, it’s hard to imagine this talented and dangerous team making a championship run that so many, including both pundits and fans alike, expect of it.

And further complicating the Cougars’ chances to bring home a title is the uncertain status of star Kayla Krantz. The gifted senior shortstop was injured in the early going versus SP and did not return. And based on how she was noticeably limping on her right leg in the game’s aftermath, her availability moving forward must be considered problematic.

On the surface, the Escondido-San Pasqual matchup was one that seemed to clearly favor the Cougars. The Golden Eagles entered the game having won just 8 of 25 games and some 16 days earlier, the Cougars and their ace starter Victoria Cervantes had shut down SP by a 3-0 score.

Predictably, Escondido jumped out to an early 1-0 lead in the second inning when Cervantes (again on the mound) kick-started things with 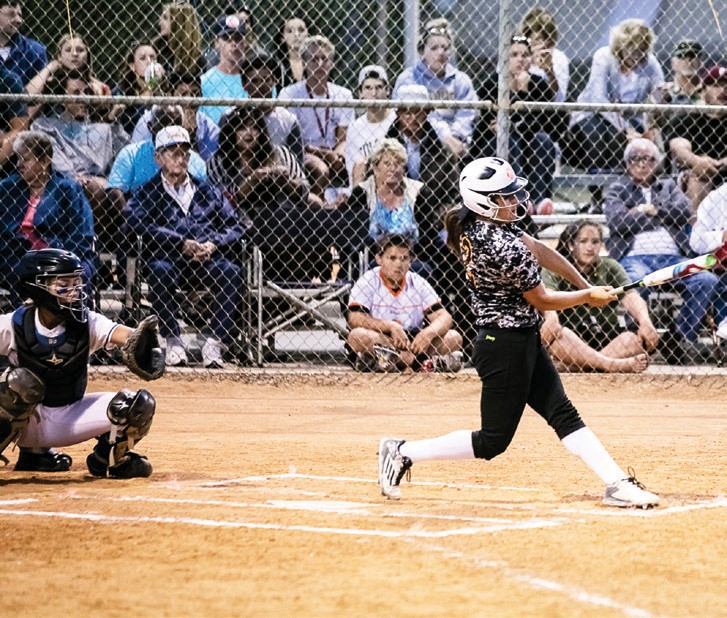 a leadoff single to left field and eventually came around to score when sophomore Rylee Penrod served a slicing shot into right for an RBI base hit.

But the Golden Eagles, an enthusiastic and chattering bunch right from the very outset, immediately fought back. Madi Cranford smashed a hard shot off of Cougar third baseman Hannah Ice for an infield single. Then in succession, a wild pitch, an infield out, an overthrow, a playable pop fly that fell between Ice and Krantz, a fielder’s choice, an exquisitely-placed drag bunt single by lefty Brooke Sanchez and a chopping single off the bat of Lauren Harrison netted two runs that put SP out in front.

Yet, at this point the Cougars seemed undeterred and quickly answered in their half of the third. Junior Grace Finn, a portsider with a sweet swing, went down and got a pitch that she lashed into center for a one-out single. She was followed by another accomplished hitter, Xzarria Simmons, who rocketed one so hard that it caromed off shortstop Kortney Ponce, with the ball ending up by the left field foul line. Simmons was credited with a double. When Golden Eagle starter Xena Martinez balked, a run was produced. Escondido then forged ahead once more at 3-2 when Brynn Miller gave the ball a mighty ride down the left field line for a sacrifice fly.

Right then and there, it appeared as if the Cougars were poised to take control of the game and march towards yet another victory. Little did they realize that the roof was about to cave in on them. San Pasqual was about to blow them out with a 4-run third inning and a 3-run fourth. During these two explosions, the Golden Eagles earned plenty of what they got but they were also the beneficiaries of some sloppiness from a Cougar defense that normally plays quite tight.

Escondido’s demise was set in motion when Hailey Demnianuik laced a laser up the middle for a leadoff single in the third. A wild pitch and an 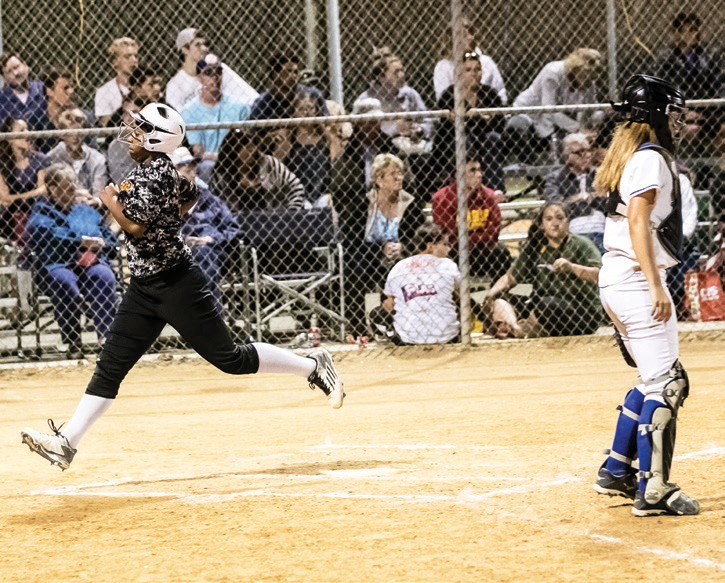 overthrown ball on a grounder plated a run. Alyssa Reyes then smoked one down the line that bounced off the left field fence and went for a booming RBI triple. Cranford’s hard smash off of third sacker Ice brought in another score. And Katie Graeff neatly wrapped up the outburst when she got down a nice RBI bunt.

By now, there was no let up in the Golden Eagles as they went for the kill, their confidence soaring and their adrenalin rush maxing out. San Pasqual’s fourth inning would prove to be the coup de grace. Another Demnianuik hit up the gut, a stolen base, two errors, a walk to Cranford and RBI singles by Shelby Arroyo and the diminutive Graeff put this one in the deep freeze.

It was basically all over but the shouting although the junior Reyes did add some icing to the affair in the fifth when she ripped a hard liner that chased home two more runs and made the final tally a convincing 11-3 in favor of SP.

Kudos must be given to the Golden Eagles for the way they competed from the start, especially in light of the fact that SP had dropped eight of their previous nine games. It was Andy Villalobos’s team that looked like the club that had enjoyed the stellar regular season and not the somewhat flat Cougars.

San Pasqual played alert, aggressive and inspired ball and because of that they went out winners in their final contest of 2016. This satisfying win against a highly-touted opponent will be one fondly remembered by the team that produced it. Right-handed pitcher Martinez deserves special recognition for the way she buckled down after the third inning and didn’t yield a run thereafter. Keeping the ball low and pitching to contact, she showed real determination in weathering an early storm and going on to pitch 6 2/3 innings of gutsy, seven-hit ball. In a fitting and classy gesture, Villalobos removed Martinez in the seventh so that she could receive a warm round of applause 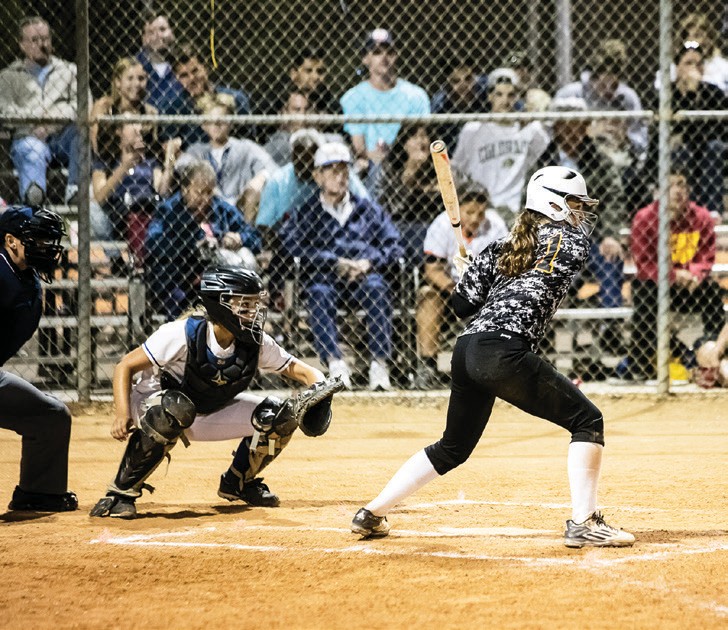 Outfielder Grace Finn rapped out a pair of hits in the Cougar loss.

from the SP faithful for her efforts not only on this night, but for her entire varsity career as well.

As for the Cougars, there weren’t a lot of positives to take away from the defeat. The able Cervantes wasn’t at her best and pitched only three-plus innings. The normally money righty gave up a surprising total of six runs but in her defense, only two of those were earned and the support behind her was undeniably subpar.

The Cougars committed five costly errors and that kind of loose play can’t be revisited if this very capable team wants to do something special in the postseason. Nothing will undermine a team and its championship aspirations more swiftly than a shaky defense.

Despite the disappointing outcome, there were nonetheless a couple of bright spots for Escondido. Underclassmen Finn and Simmons hit the ball hard, banged out a pair of hits apiece and looked quite formidable at the plate. They form a potent tandem near the top of the lineup and give the Cougars the kind of production that can key and ignite an offense.

Given the way that they have excelled for most of the year, the Cougars would be well-served to just write off the SP game as a bad day at the office and quickly flush it. They’ve got too many good memories to fall back on to focus on the incidental poor performance. The knowledge that they won a whopping 22 games and proved they can beat any club in Division II when right, should be enough to instill in them an unshakable belief and confidence. The Cougars of Coach Cary Weiler are the real deal and deep down inside they know that to be the case.

If Cervantes is on her game, if Krantz can somehow get healthy and if the rest of the team can just relax and let its natural talent come to the fore, there may be no stopping the Cougars in the postseason. The SP setback was most likely an anomaly. Don’t expect this proven Escondido team to have another.