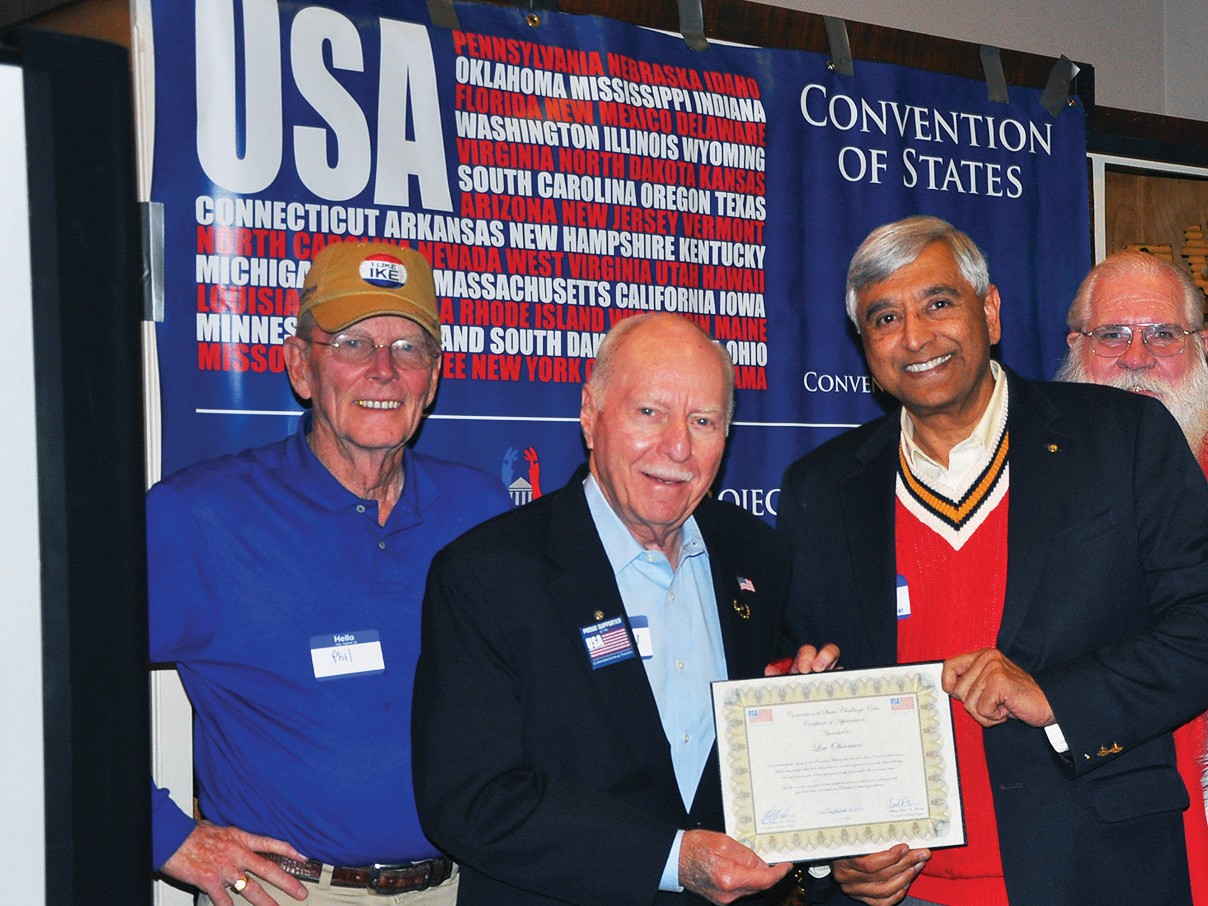 Phil Feeney, Convention of States District (COS) Captain 76th Legislative District, Lou Oberman COS District Captain 78th Legislative District, Larry Sundram COS California Co-State Director, George Rombach CA COS Regional Captain, Fred Yerrick COS Regional Captain. Oberman was presented with the Convention of States Project Challenge Coin (patterned after Military Commander’s/Unit Special Recognition Coin) for outstanding service above and beyond the “Call of Duty”. Lou Oberman has been the longest serving COS Volunteer in SOCAL and responsible for recruiting COS Volunteers /Supporters in SOCAL for more than 3 years.

The area Convention of the States group held their monthly meeting Saturday at Mike’s BBQ in Escondido that consisted of a “meet and greet.” Organizer Fred Yerrick called it “a success.”

The next meeting will be January 7, 2017, also at Mike’s BBQ. We are available any time prior if you are able to gather 5 or more like minded COS interested friends,” he said.