Consumers can get into Bitcoin at Westfield mall 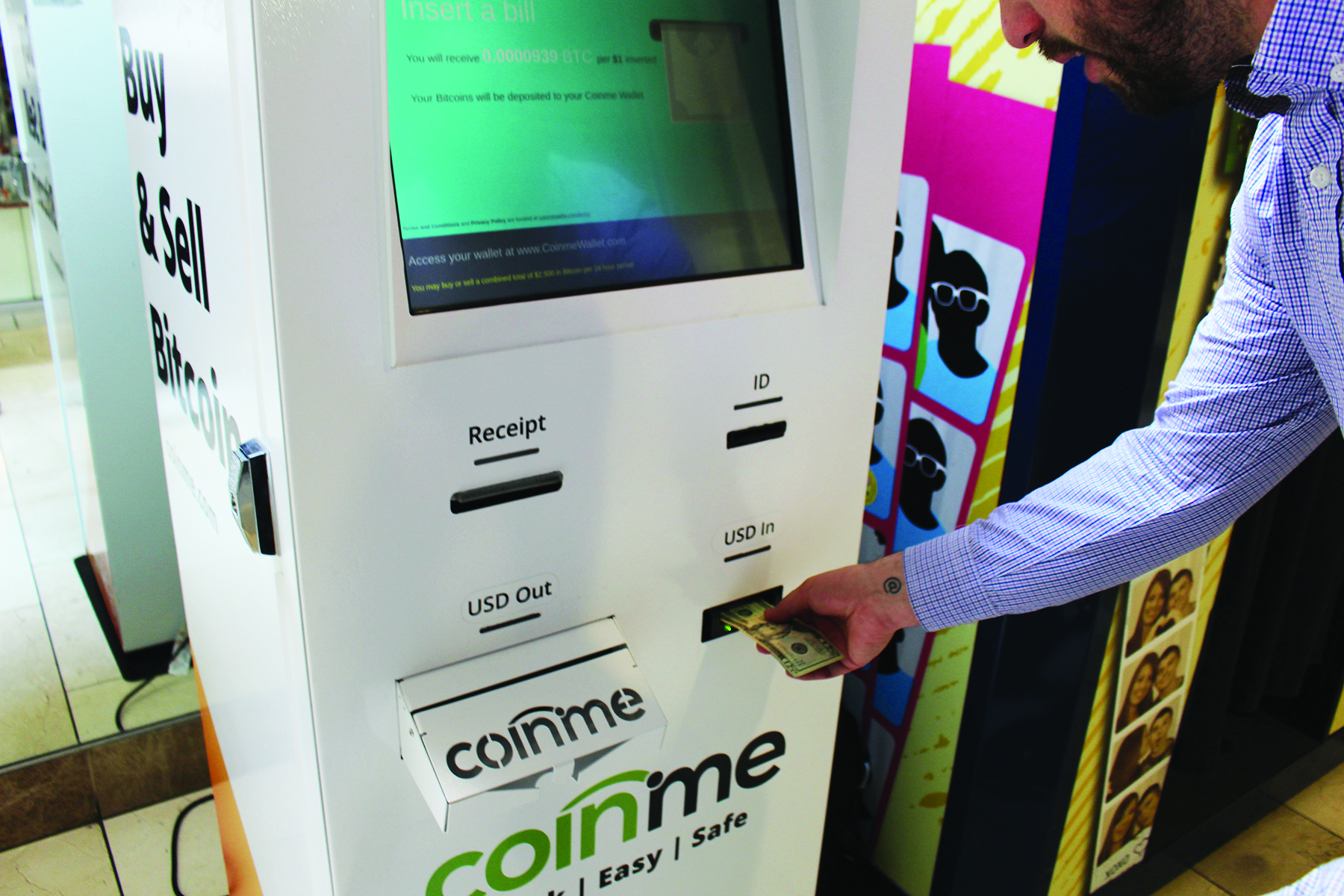 Anyone who has cash and a photo ID can start a Bitcoin account at the mall ATM. You can do it for as little as a dollar. 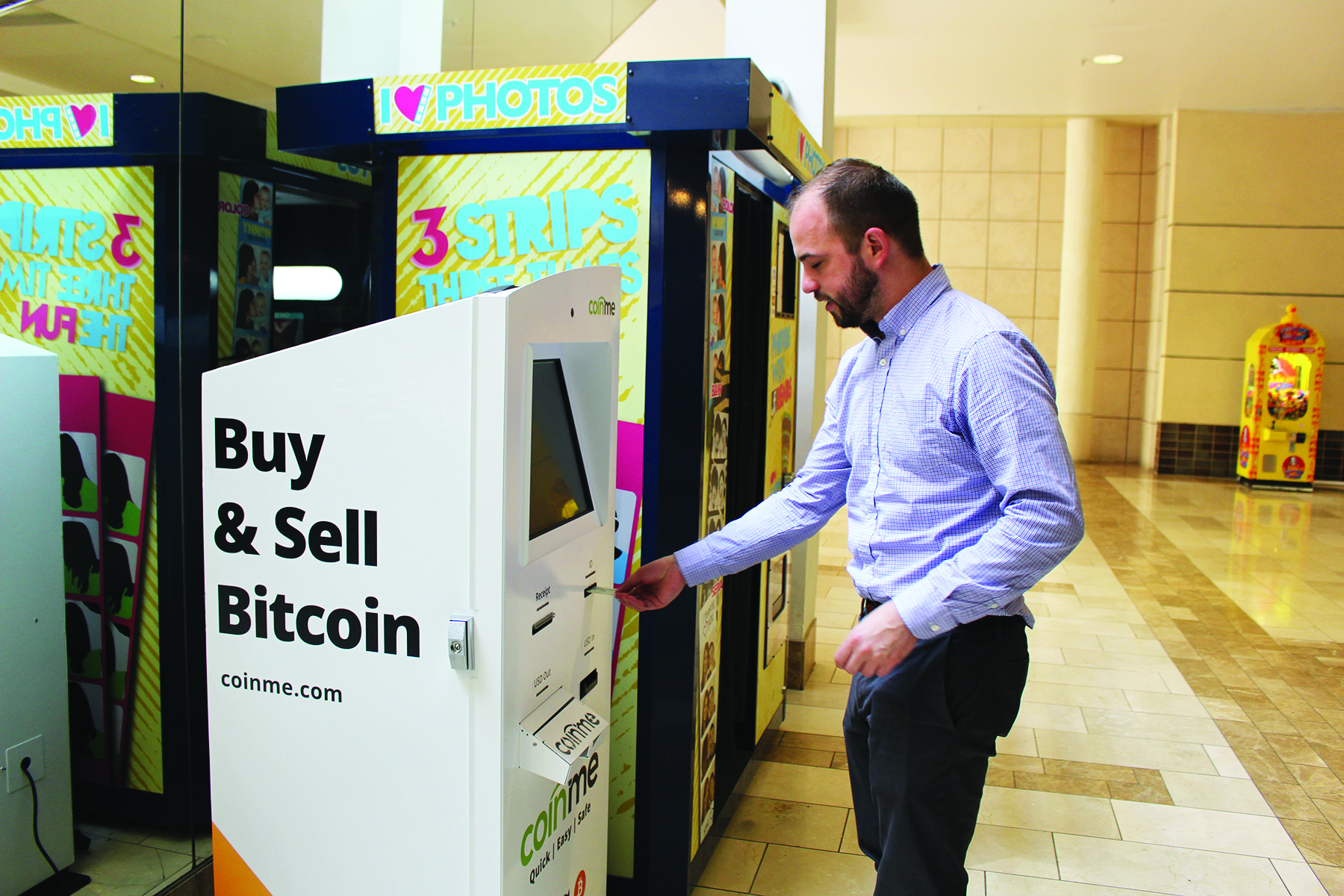 Escondido consumers who are interested in purchasing the cryptocurrency Bitcoin can do so at the new Coinme ATM machine at the Westfield North County Fair mall. This is the first Bitcoin ATM to operate in Escondido. There will eventually be two in San Diego city for a total of eight in the county.
All you need is a photo ID and some cash, as little as $1 or as much as $2,500 to become part of the global currency craze. You are limited to depositing or withdrawing $2,500 in a 24-hour period.
Many people have been interested in finding out more about Bitcoin, or to open an account, but didn’t want to do it online. “We provide an easy way to get into it,” Dominick Garrett, director of marketing for Coinme, told The Times-Advocate.
Coinme was the first licensed Bitcoin ATM operator in the U.S. Interest in the cryptocurrency has seen a massive growth in the last few years, with 75% growth from 2017-2018. With other Bitcoin ATMs you need to have created a Bitcoin “wallet” online, but with Coinme, all you need to get started is some cash and your ID.
Its first ATM opened in La Jolla. Most of the ATMs are in Westfield Malls, which has formed a partnership with Coinme.
“We really want to be the most accessible Bitcoin ATM,” said Garrett, who demonstrated that just about anyone can deposit money in 60 seconds or less, with just a photo ID and cash. Currently cash is the ONLY way to deposit money in these ATMs. They expect to add other ways soon, including transferring from existing bank accounts.
“We believe Bitcoin is the currency of the future. There’s not a lot of real time practicality yet, but as the word spreads we expect that will change.” As of this writing the rate of exchange was $9671 Bitcoin to $1.
Garrett jokes, “Many people start out by putting in $20. You can get into cryptocurrency bit by bit.”
The company also regards San Diego as a good location because of its high-tech reputation. “We see a lot of growth potential here,” says Garrett. “This area was at the top of our list.”
There is a small, but growing group of merchants that take Bitcoin as money. There’s absolutely nothing shady about it. The company strictly follows all of the state and federal regulations designed to discourage money laundering.
The eight ATMs Coinme has deployed in San Diego brings its total in the state to 23.
“We are dedicated to bringing the best of the cryptocurrency economy to the diverse population of California and the world,” said Neil Bergquist, cofounder and CEO of Coinme. “In addition to a large technical community that appreciates the digital, decentralized qualities of crypto, there is an unbanked population who can now use Coinme as an onramp to participation in the financial system.”
Coinme established the first crypto ATM in the U.S. in 2014 and plans to expand its network across the country and the world, with more than 50 locations to date.
The company also offers a vertically-integrated digital wallet, digital exchange, and crypto investment services, including IRA and 401K plans, to make it easier than ever to participate in the crypto economy. In addition, Coinme’s crypto ATMs offer a unique benefit over online exchanges – the ability to buy and sell Bitcoin and other cryptocurrencies instantly, with zero wait times.
The new Coinme crypto ATM locations include both urban and suburban locations, drastically cutting down on travel times, and opening up new cities and neighborhoods entirely.
These new locations join the existing San Diego-based crypto ATM at GameSync, the only fiber LAN arena in the city.
To find the Coinme crypto ATM nearest you, please visit coinme.com/locations/. 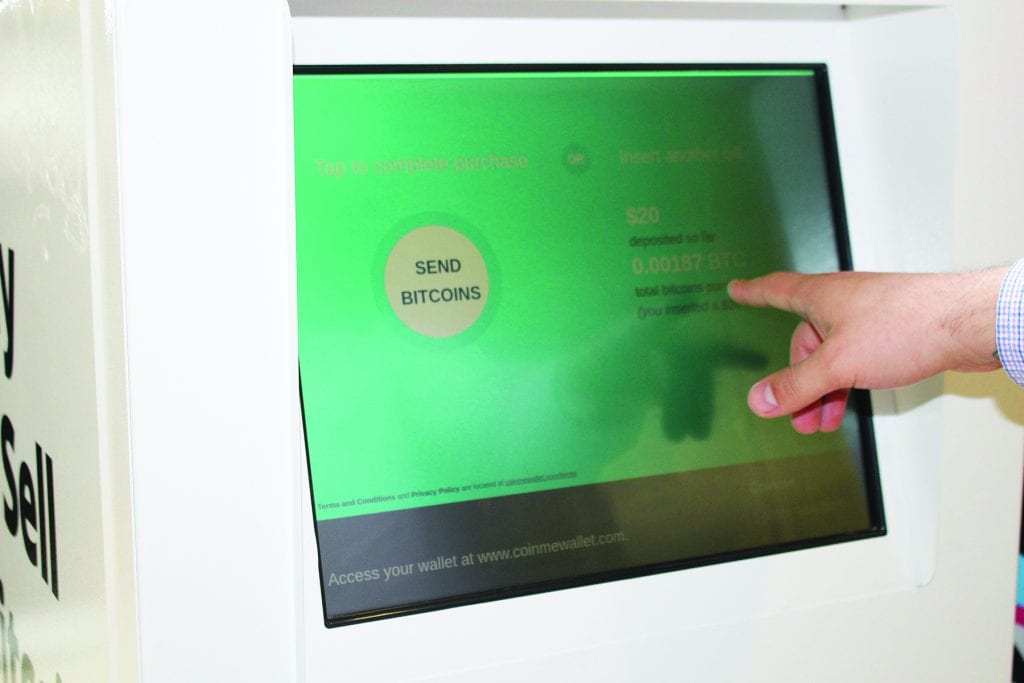