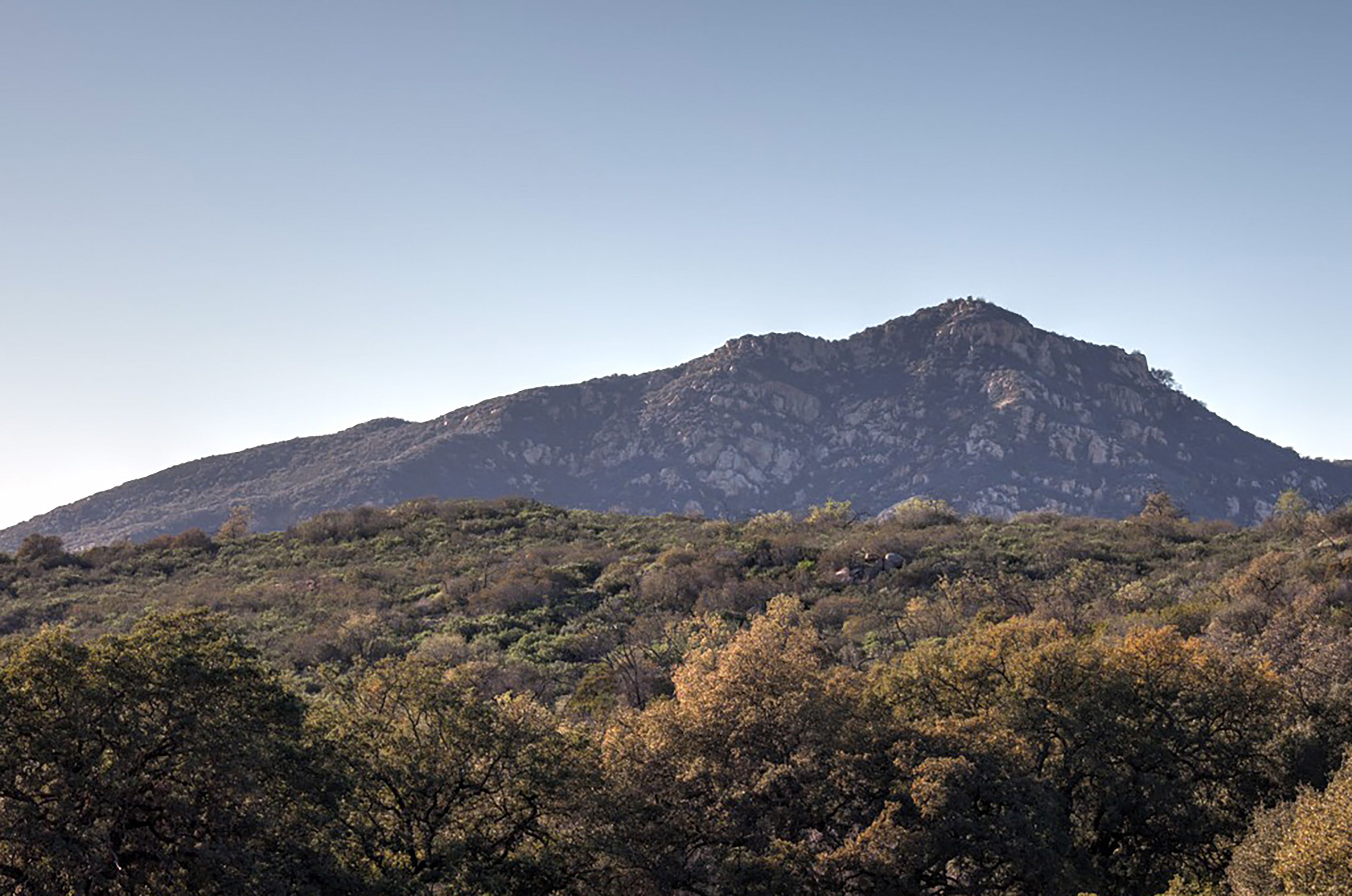 A view of the John Henry property near Lake Wohlford. Photo by Richard Murphy

The Escondido Creek Conservancy has secured $4.2 million in grant funds from the State of California to protect the 282-acre John Henry property near Lake Wohlford—now known as George Sardina, MD Preserve.

The Conservancy took ownership of the property on July 2 and is already making plans to restore areas damaged by past uses. Between the George Sardina, MD Preserve and the 693-acre Mountain Meadow Preserve acquired in 2018, the Conservancy’s “Save 1000 Acres” campaign has protected 975 acres of wildlife habitat in the upper Escondido Creek watershed.

“The George Sardina, MD Preserve has a variety of important habitat types including Englemann oak woodland, native grasslands, and coastal sage scrub, all essential habitats for birds and other wildlife,” said Penny Hernandez, president of the Palomar Audubon Society.

The Conservancy launched the Save 1000 Acres campaign with a big idea—to create a 9+ mile habitat corridor extending from I-15 to Bear Valley, and beyond, so that wildlife can roam freely and forever thrive across North San Diego County. According to the Conservancy, as more natural spaces have become increasingly fragmented by human development and wildlife adapt to climate change, protecting viable habitat for animals to migrate through has become more important than ever. Connecting open spaces allows these animals to transit to meet their basic needs for breeding, shelter, and food.

The Conservancy teamed up with the Palomar Audubon Society, the Friends of Daley Ranch, San Diego County Parks and Recreation, the U.S. Navy, the State of California, Marine Corps Camp Pendleton and hundreds of supporters, including the San Pasqual Band of Mission Indians, and donors to the Save 1000 Acres campaign. “We are so lucky to have partners with a shared vision toward a common goal – to preserve a significant wildlife corridor across North San Diego County,” said Colleen MacKinnon, president of the Friends of Daley Ranch.

Some partners provided funding, while others offered a timely pep talk that helped keep the team motivated; Dr. Sardina did both.   “Dr. Sardina was an important early supporter of the campaign who has dedicated his life to helping life on Earth. The Board of the Escondido Creek Conservancy was pleased to honor Dr. Sardina’s commitment to conservation in this manner,” said Richard Murphy, president of the Board of the Conservancy.

The Save 1,000 Acres campaign raised more than $11 million over the last four years to protect these 975 acres in perpetuity. The Conservancy received wildlife habitat protection grant funds from the California Wildlife Conservation Board and the California Natural Resources Agency to acquire the George Sardina, MD Preserve. As the Conservancy nears their 1,000-acre goal, they are seeking additional donations to acquire and preserve key lands between the newly protected properties, further strengthening wildlife corridors in San Diego County.

“With the acquisition and preservation of the George Sardina, MD Preserve, the Conservancy now owns or manages over 3,000 acres of wildlands, lands that will be protected in perpetuity,” said Richard Murphy, president of the Conservancy.

There is still much work to do to restore the new preserves. The Conservancy is seeking volunteer land stewards willing to be trained to help protect and restore the preserves so that native wildlife can thrive. To be part of the transformation, contact the Conservancy at information@escondidocreek.org or 760-471-9354.