Conference on Domestic Violence is right on time 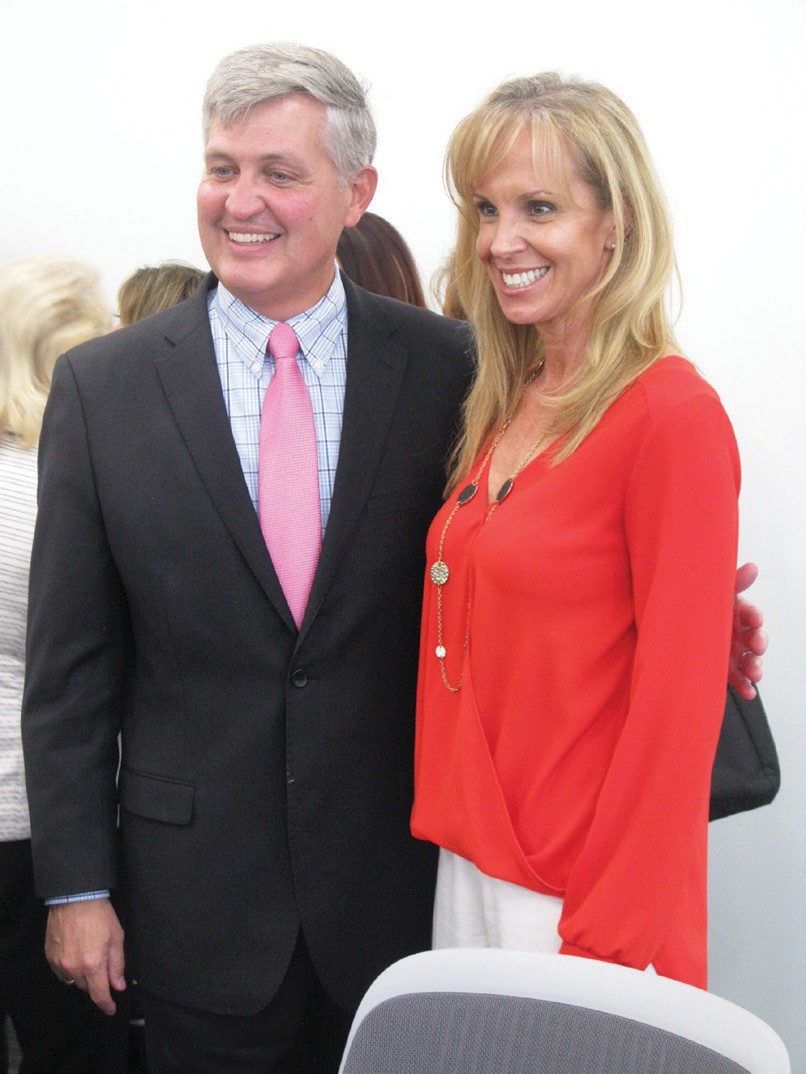 From Nicole Brown- Simpson’s diary: “He smashed my car with a baseball bat. He greeted me at the gate but I was too scared to get out. He did it because I was late. This is not love.”

Another entry: “He threw me against the wall and onto the floor. He put bruis­es on my arms and back. The window scared me. I thought that he might throw me out.”

The reason for the second assault was that O.J. Simp­son had seen a man ap­proach Nicole and their son Justin to say, “What a cute little boy.”

This evidence of do­mestic violence led to the murder of Nicole and Ron Goldman on June 12, 1994 in the Los Angeles suburb of Brentwood. Nicole was divorced from Simpson at the time.

During the celebrated trial of the former foot­ball star, when she was 22, Tanya Brown had her own problems with men.

She was spending long hours in the courtroom, “listening to how my sister was basically de­capitated.” She decided to have a barbecue to lift her spirits. She took some time off to get the ingredi­ents and was preparing 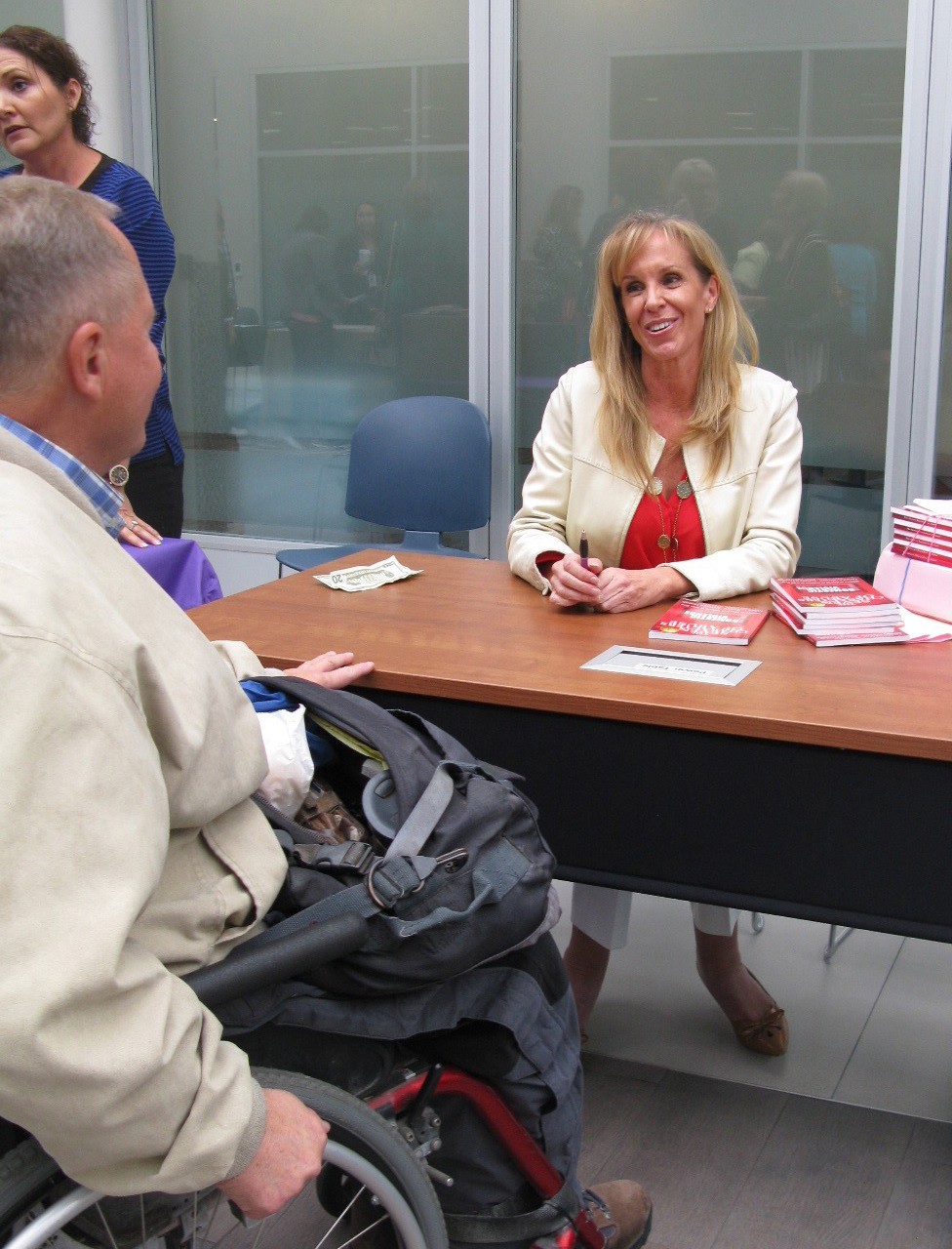 Tanya Brown, the sister of Nicole Brown-Simpson signs and sells her book at the domestic violence forum. Her book offers insights to the increas­ing problem. Photo by Doug Green

However, Tanya’s boy­friend Richard had a big problem with her decision to have a barbecue. He was upset with her initia­tive and not having consulted him.

Tanya suffered from abusive relation­ships, overeating, addictions during the criminal and civil trials concerning the murders and afterwards. Her bad choices ended in suicide attempt in 2004, which proved to be a turning point.

She got treatment, then earned a mas­ter’s degree in psychological counsel­ing and started working with victims of domestic violence. She wrote a book, “Finding Peace Amid the Chaos: My Es­cape from Depression and Suicide.”

She started speaking on domestic vio­lence and recently wrote another book with Carolyn Inman, “The Seven Charac­ters of Domestic Violence: Where It Starts and Where It Can End.”

Domestic violence is “all about con­trol,” she said. “Everybody thinks it is physical assault. But it starts way before there is any physical attack.”

The seven characters make their ap­pearance in the personalities of batterers of women Tanya has counseled.

One client named Sarah was married to The Jealous One, who texted her 52 times during an hour 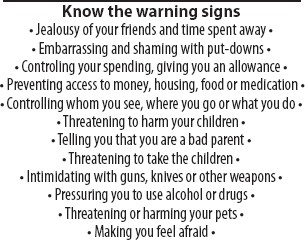 “Is that a sign of love?” Tanya said, or was it “Who are you hanging out with? Where are you spending your time? What are you actually doing? It’s about power and control.”

Sarah’s excuse, “He just wants to make sure I’m OK.”

Then there’s the Mind Game Player: “I know it sounds so insignificant when someone says you should change your hair or make it curly. Maybe you should wear that dress. But it’s so powerful and it’s so dangerous and it’s a beginning sign of domestic violence,” Tanya said. “Be­cause they control how you look and then they turn it around and say, ‘Why did you curl your hair? Why did you do that? I told you not to wear that.’ ”

The Isolator seeks to cut the victim off from all contact with family or friends. The woman or man being manipulated feels like they can’t leave the relationship.

The Money Monger controls the financ­es to hold the victim hostage. Tanya said many of the people she counseled came from Rancho Santa Fe and Fairbanks Ranch and she questioned her battered sister’s decision to leave the O.J. on financial fears.

“They (vic­tims) don’t want to 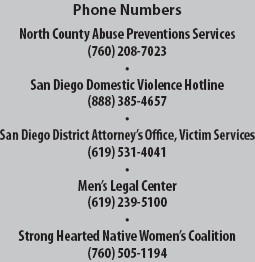 go on social security and they don’t want to take the things away from their children,” Tanya said.

“When it hap­pens in the home, domestic vio­lence is child abuse,” according to Tanya. Victims often refuse to get away to pro­tect their children and believe that the kids aren’t aware of what is going on.

“Kids hear everything. Kids may not understand the situation, but the kids know everything,” Tanya said. “They know when mom and dad aren’t happy.”

“Why do women stay? is a judgment ques­tion.

I don’t like that question,” she said. Rather ask “Why don’t they stop batter­ing?”

“The last thing Nicole said to me was ‘He will always be my soul mate.”

“They didn’t marry the monster. They married the man they had fun with, the one that makes them smile, the one that courted them. The one that made them feel joyful. … Do not judge them for staying.”

Tanya asked the gathering to be aware and try to find a way to “start this conver­sation” about domestic violence.

“I don’t want you to be the friend who wouldn’t speak up,” she said. “If you don’t have those conversations, it may be because she’s dead.”