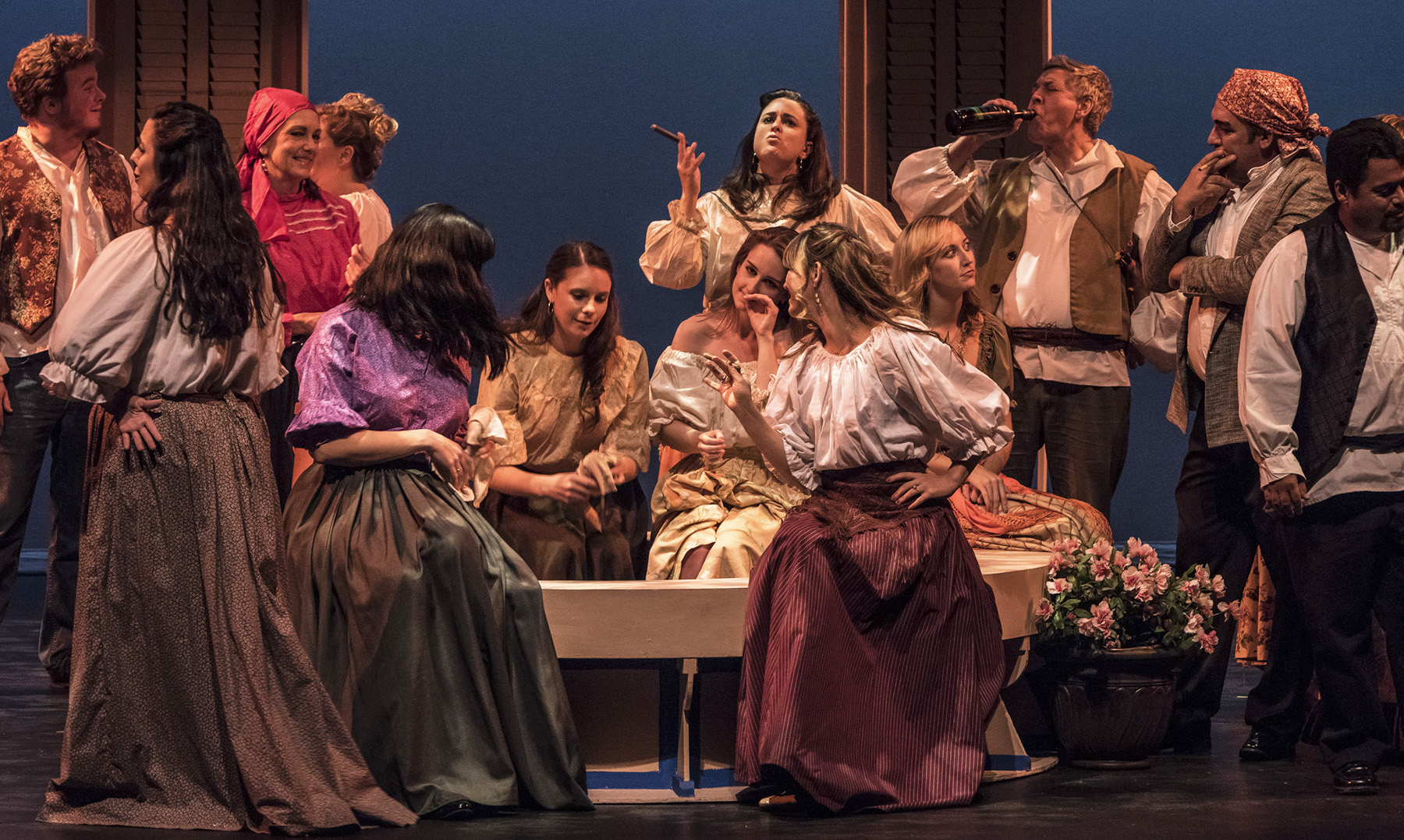 A scene from Johann Strauss II’s “Die Fledermaus” that will be playing later this year at the California Center for the Arts, Escondido.

The most that many people know about opera is that the performance is over “when the fat lady sings.”

That’s a shame because opera is one of the transcendent achievements of Western culture, combining music, song, dance, costume, and stagecraft. Did I miss anything?  It is an art that is a feast for almost all of the senses, except, perhaps smell. It’s a way to be exposed to foreign languages and cultures in an exciting, dynamic way. Opera is anything but boring!

Yet many people who might be interested in opera avoid it because they think they would never understand what’s going on—worse, that it’s hoity-toity and highbrow and that only rich snobs like opera.

The mission of Justin Gray and Alexandra Keegan of the  Pacific Lyric Association (PLA) is to change that perception for the most impressionable audience there is: young people. The year before last when they premiered in Escondido with Charles Gounod’s “Romeo and Juliet,” a French version of the passionate, heartbreaking tale of teen love, they brought in classes of fourth and fifth graders from Escondido’s schools to see full-blown dress rehearsals.

Each year they hope to produce two to three symphony programs, two operas, one musical and one classical ballet. They want to make Escondido into a destination for classical music and opera. “We have a jewel here,” said Gray. “It needs to be appreciated.”

This year they will bring the German composer Johann Strauss II’s “Die Fledermaus” (“The Bat”) to the Center stage of the California Center for the Arts, Escondido. The opera was originally going to be staged last year, but we all know what kept that from happening.

The Center stage is the smaller of the two theaters at CCAE, but, according to Gray, “it is the best of the theaters acoustically.”

“There are no bad seats,” added Keegan.

The current cast of principals is as follows:

Once again the Pacific Lyric Association will bring elementary students to a full-blown dress rehearsal of Strauss’s comedy. Only this time they are hoping to expose 800 students to the opera, instead of the 150 they brought in last time.

PLA employs an approach to make operas more accessible. According to its website: “The signature format of our opera productions features slightly condensed versions of the operas, with spoken narrative in English before and between musical sections.  These narrative vignettes, performed by professional actors, are designed to keep the audience engaged in the musical drama without being distracted by super titles. This format has proved successful in attracting younger or first-time audiences to this universal art form.”

PLA was founded in 2006 by opera lovers Dr. Carlos Oliva and Teresa Hughes-Oliva, who ran it for 12 years. When they retired in 2018, Gray and Keegan took over this labor of love. “It was a blessing to be handed something ready to go,” said Gray. “It was like jumping onto a moving train!”

Gray is executive director and Keegan is the artistic director and conductor. She is a graduate of the Moscow Conservatory, one of the most celebrated musical academies in the world. She has a PhD in orchestral and opera conducting from the National Music Academy of Ukraine.

Residents who enjoy musical theater will likely remember Justin Gray as the longtime musical director of the Lawrence Welk theater. During his 25 years at Welk’s he was remarkable in being able to mimic many of the sounds of an orchestra for the Welk musicals with a three musician ensemble. He retired several years ago after Welk’s cut back and transitioned, along with his new bride, Alexandra Keegan, into the role of running a North County-based opera company, which is probably a first for this area. In the past you usually have had to travel to San Diego’s Civic Theater to see opera.

We’re not talking about an opera with piped music, cheap sets and Class B singers. No! This is a top of the line, a full stringed orchestra, fully-staged production and artists who come from all over Southern California and are happy to make the trip because they can work with a full orchestra. 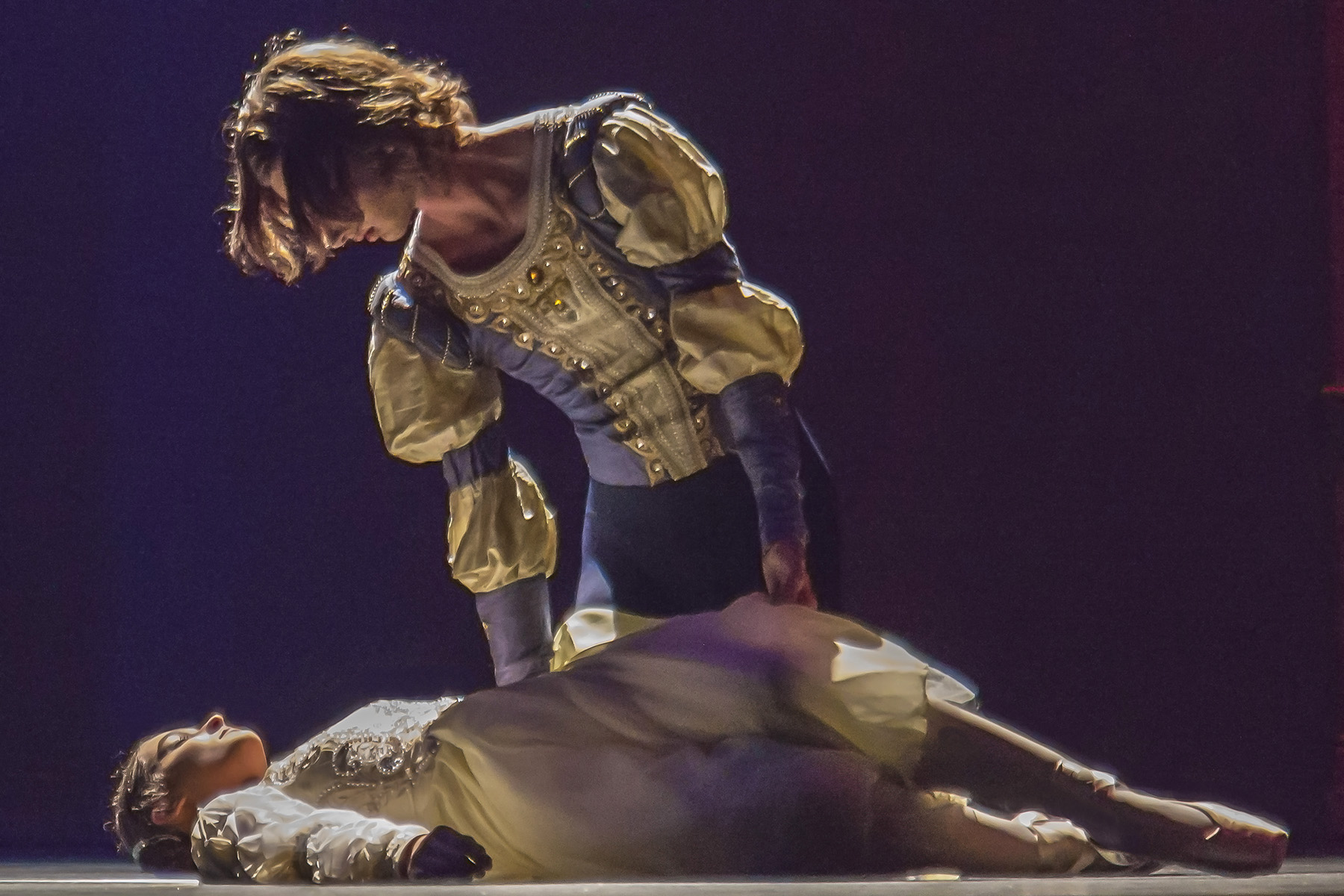 “The death scene from “Romeo and Juliet.”

As noted before, their first production in Escondido was of Gounod’s “Romeo and Juliet.” The elementary kids were very appreciative of the story and music. “They came out with tears in their eyes,” said Keegan. Although they weren’t allowed to take pictures of the opera during the performance, they WERE encouraged to post themselves on Instagram with the message: “We are at the opera!”

Seven teachers emailed them after the performance to say they wanted to be part of the experience next time. “We assured them they would be first in line,” said Gray.

“We are developing an educational package for the kids,” said Gray. This includes a 50-page teacher’s guide to opera. This can be used to teach students about the subject before they see a staged production. They will learn such things as opera etiquette—an example: you applaud after each aria, instead of between acts.

The children are issued full texts of the libretto (the words to the arias) to follow along and know what’s going on during the performance.  “Teachers can assign different roles to students and they can read them out to each other,” said Keegan. The handouts also list the musical numbers so students can become familiar with them before the performance. The more they know about the opera before they see it, the more likely they will be to appreciate it.

“They are old enough to comprehend the complexities of the plot and to appreciate the music,” said Gray. “And young enough not to be prejudiced against it.”

Opera is an experience where story is key, and young people appreciate good stories, says Gray. Opera is also like an apple pie. You can’t just eat one ingredient of the pie. You must appreciate the whole.

If you agree with this mission, you can help. Opera isn’t a money-making proposition. It needs the support of the public. That is especially true of its educational efforts. Donors are welcome to contribute to things such as the PDF guides to opera that will be provided to the elementary students.

“Art is not a business,” said Gray. “It needs to be subsidized by government, business and the public. We want to keep it alive!”

A typical opera has 25 cast members. Each artist is paid.

The association recently signed an agreement with Cal State San Marcos for the university to provide internships as class credit. “We gladly consider proposals about internships,” said Gray. “We want to develop future artists.” It costs $3,800 to fund such an internship. That’s where donors come in, he said.

Once a month the Forgotten Barrel Winery in Escondido hosts an “Open Mike” for opera professionals that feature singers from the Pacific Lyric Association. Visitors get a chance to sample a local vintage AND hear some of the great singers who will be performing at the California Center.  You also get to meet the artistic team. This month the performance will be Wednesday, April 28, 6 p.m.

“Escondido plus opera is an idea that’s going to work,” said Gray. “There are a lot of well-to-do people in this area who want to see us succeed. We’re getting very nice support. We have a beautiful facility and an incredible talent pool. It just takes the work, that’s all.”

Find out more by visiting www.pacificlyricassociation.com. 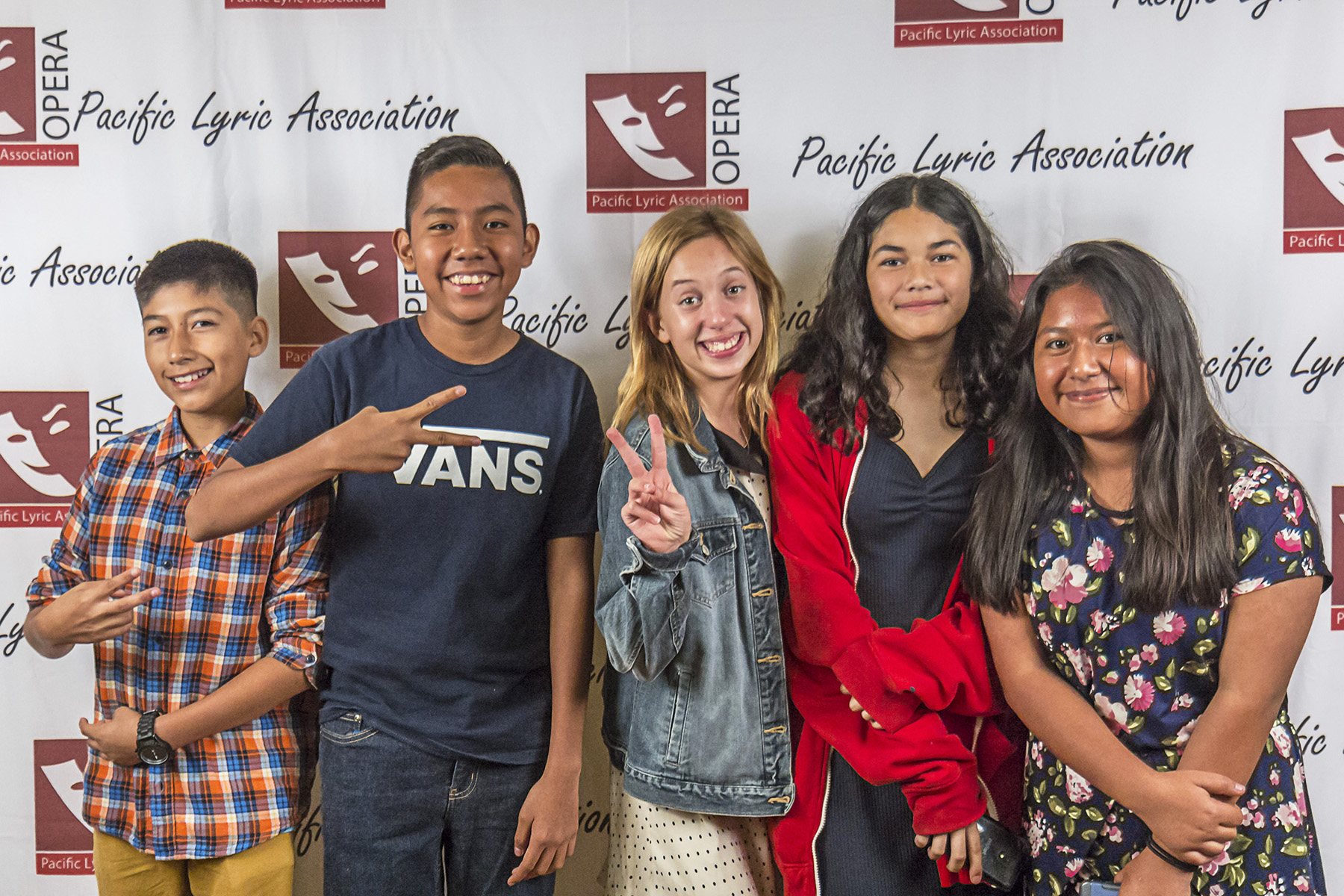 Fourth and fifth graders reacting after having seen the first production of the Pacific Lyric Association’s opera “Romeo and Juliet,” in 2019.