This year’s festive Community In Unity event took place at City Hall on Thursday, November 29, but not without Mother Nature complicating things a bit. Normally the event is held under the stars and under the Dome at City Hall, but few stars could be found as clouds and rain were much more plentiful in the November sky.

However, with plenty of pre-planning the event was moved inside City Hall, and it was truly an incredible night of food, friends, and festivities. And talk about food – over 15 of Escondido’s restaurant and drink purveyors provided a plethora of items to fill your plate; Pozole from Kennedy’s, Shepherd’s Pie from O’Sullivan’s, Salmon from Brigantine, Quiche from Sunny Side Kitchen, Mole & Carne Asada from Anejo Grill, Hot Apple Crisp from Charlie’s Classic Cooking, and drinks from Stone Brewing, Holiday Wine Cellar, and Cutwater Spirits were just a few of the highlights.

Speaking of highlights — all guests were entertained by Choirs from Escondido Adventist Academy, Classical Academy, San Pasqual High School, and performers from Patio Playhouse. Being inside made the perfect backdrop as student singers lined the staircases of City Hall, and their voices filled the room.

And you can’t have a holiday event without presents, right? Guests were encouraged to bring toys to benefit the Escondido Police Athletic League’s Children’s Christmas, and pajamas for Rady Children’s Hospital. With more than 125 toys and nearly 200 sets of pajamas some very deserving children will have a memorable Christmas season…thanks to the Escondido community!

Chris Cochran is Communications Director for the Escondido Chamber of Commerce. 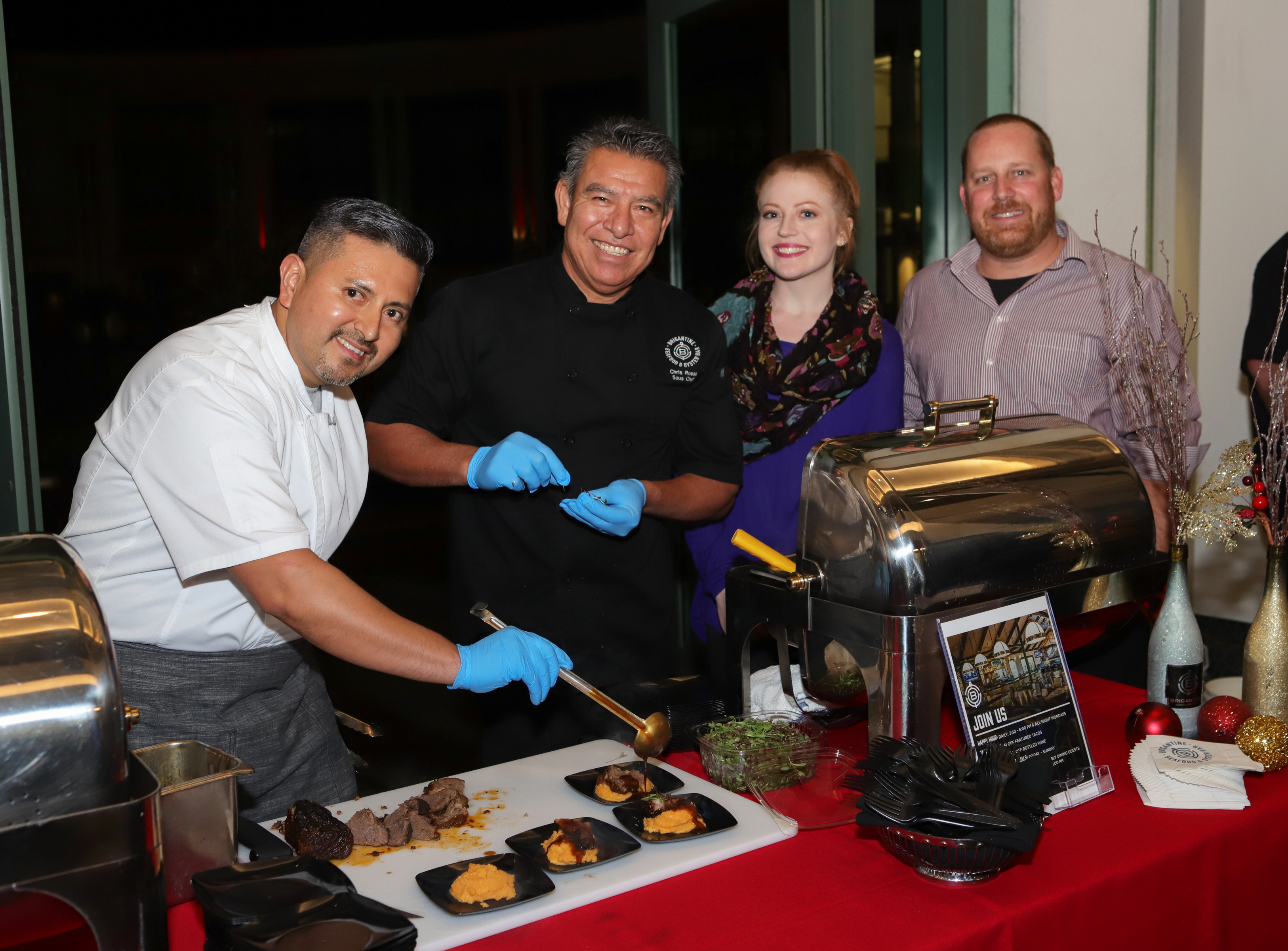 Vendors, such as the crew shown here from the Brigantine, prepared tempting taste treats. This one was short ribs with sweet potato polenta and a red wine demi-glace. Shown are Jason Freeman, Chris Rosas, Nemsio Ramirez and Megan Popp. 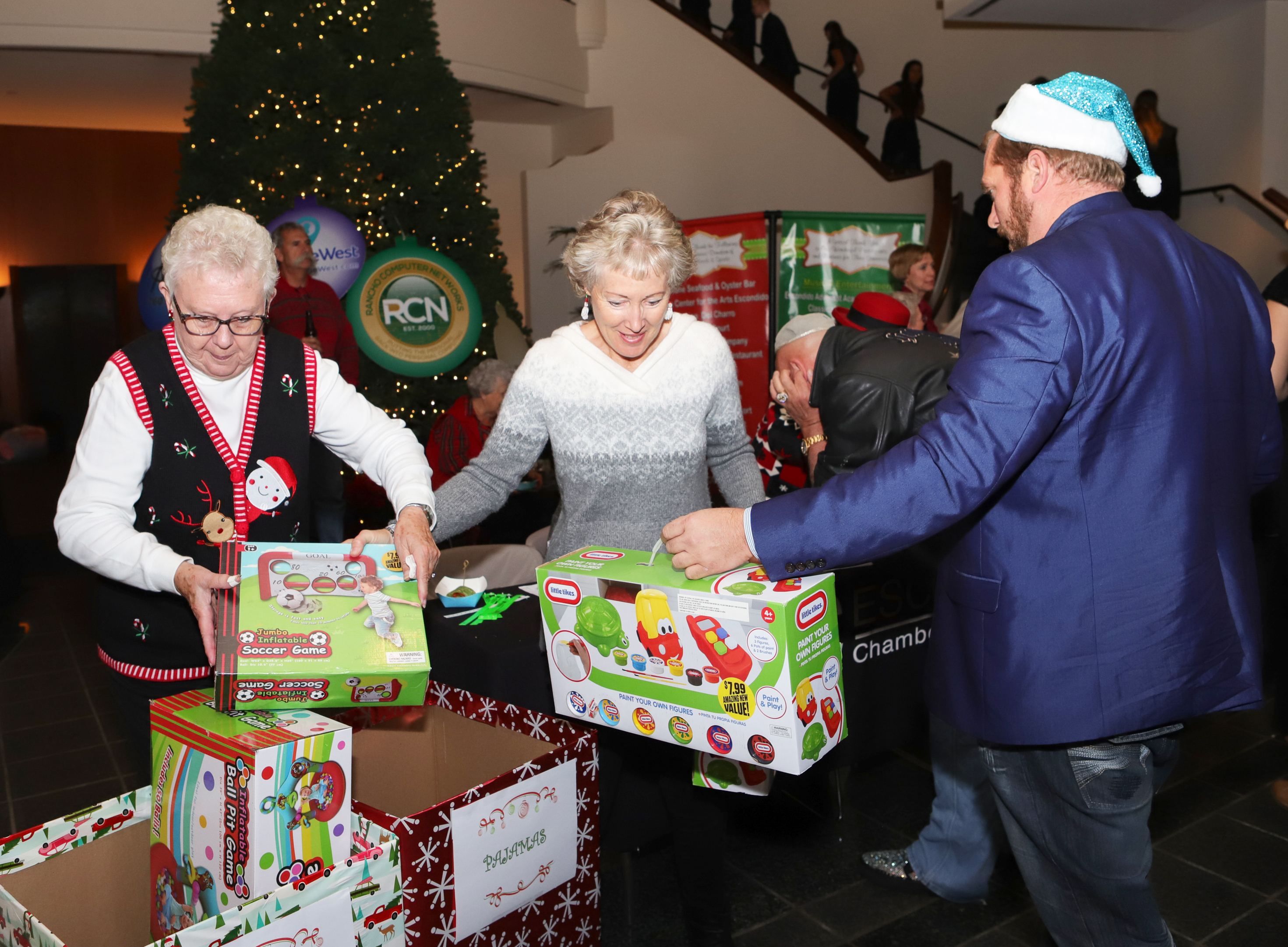 Kitty Aeling and Mary Ellen Hageman both volunteers with the Chamber accept toys from an attendee at Community in Unity. 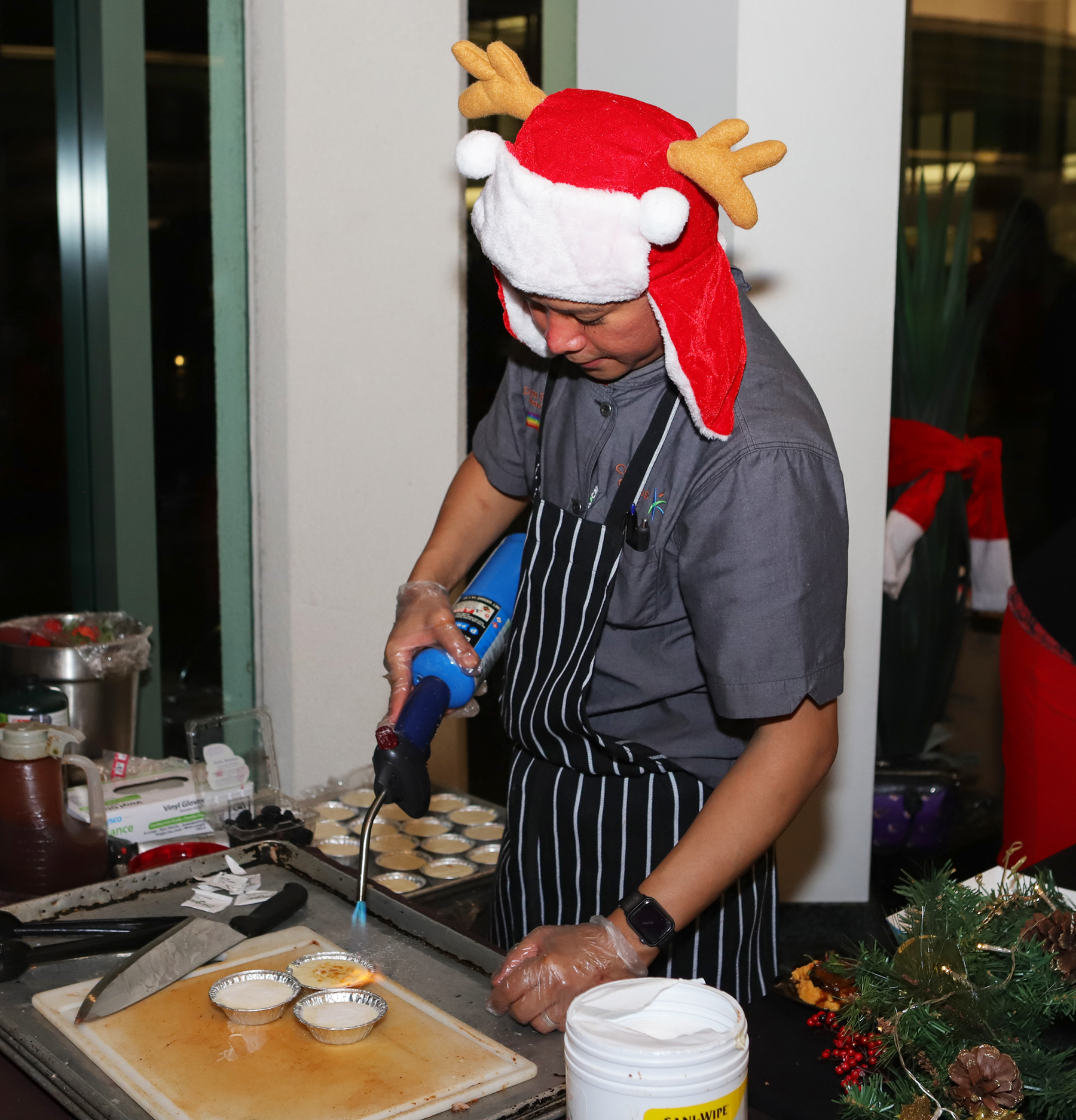 Caramelizing the top of a bite-sized crème brulee dessert. 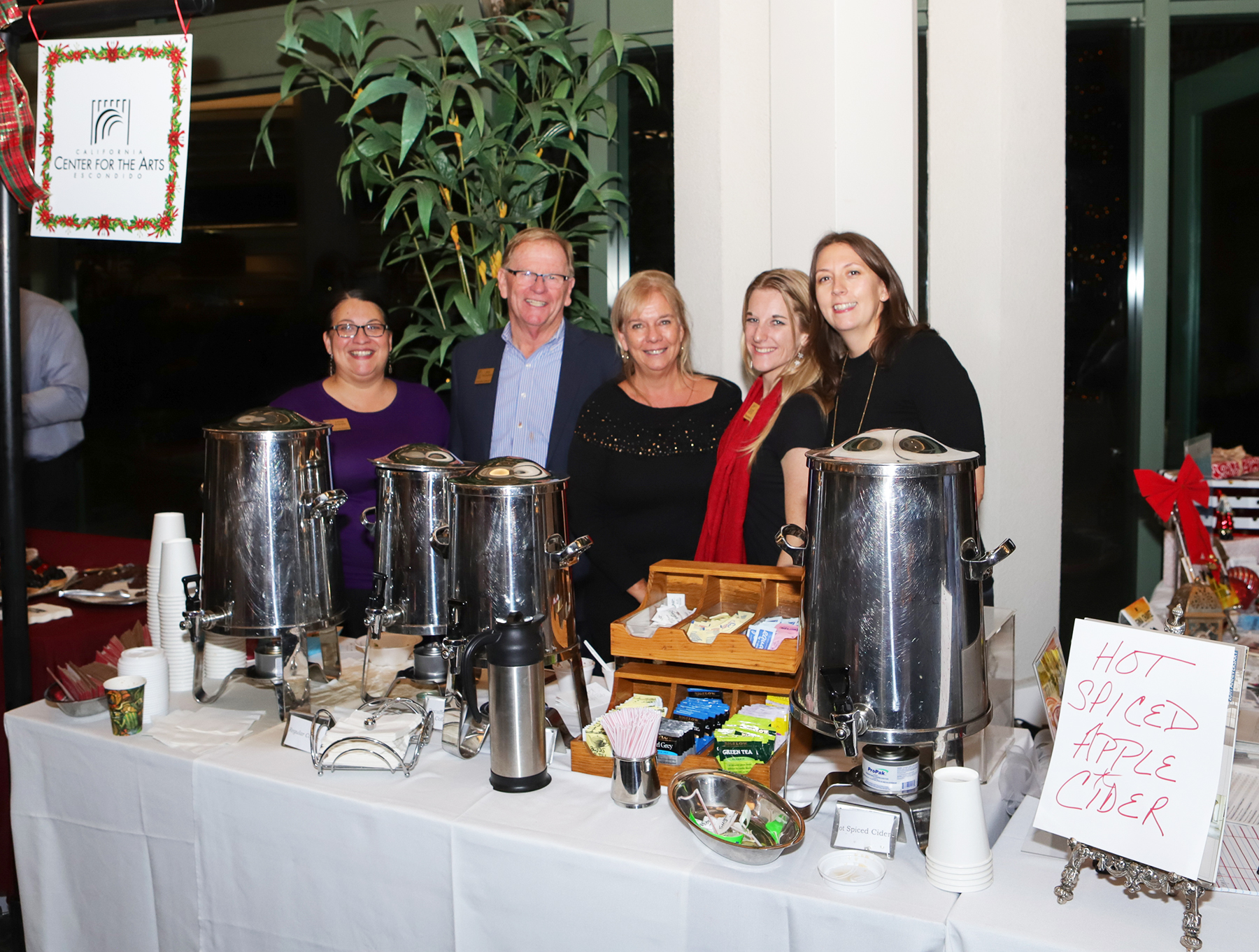 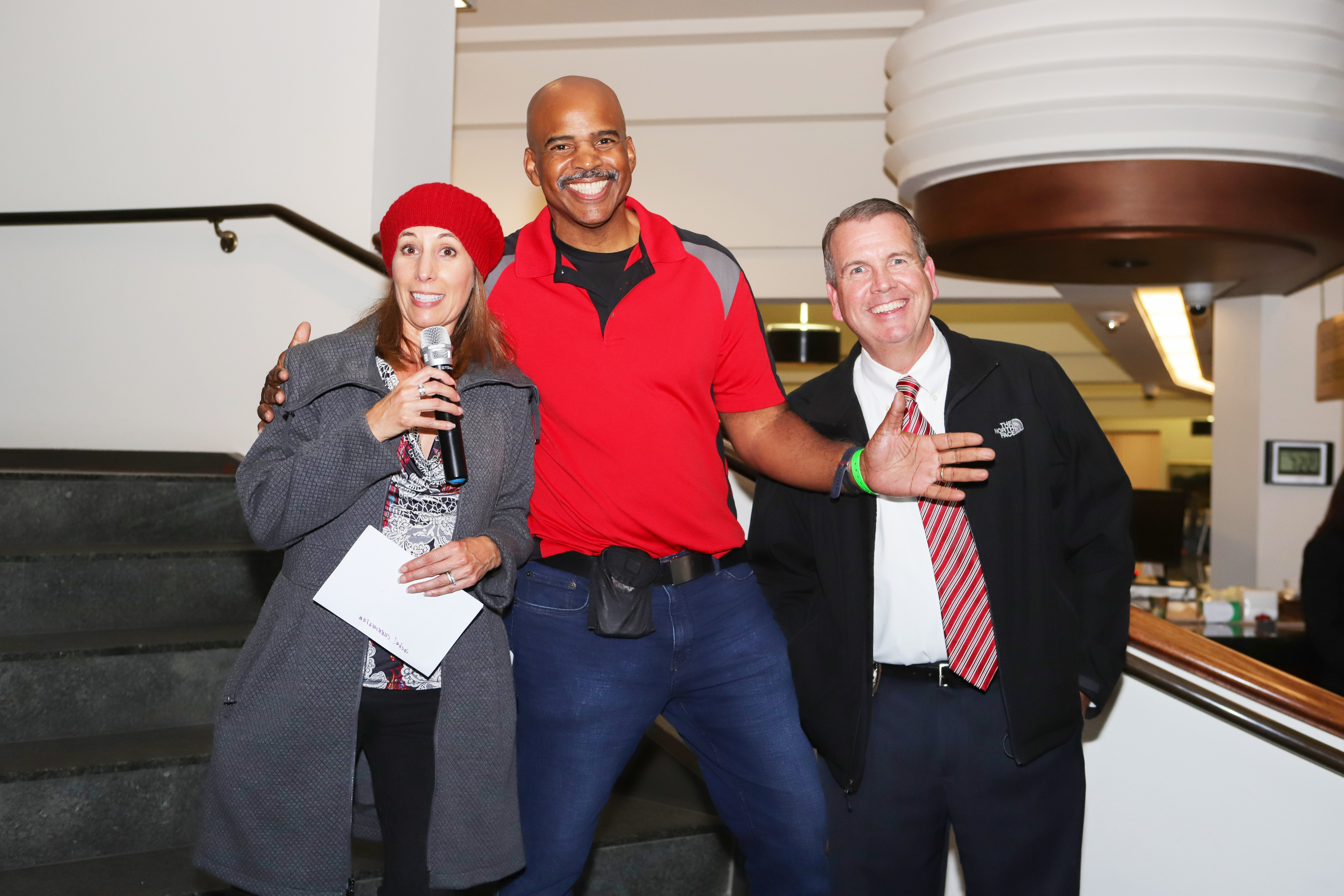 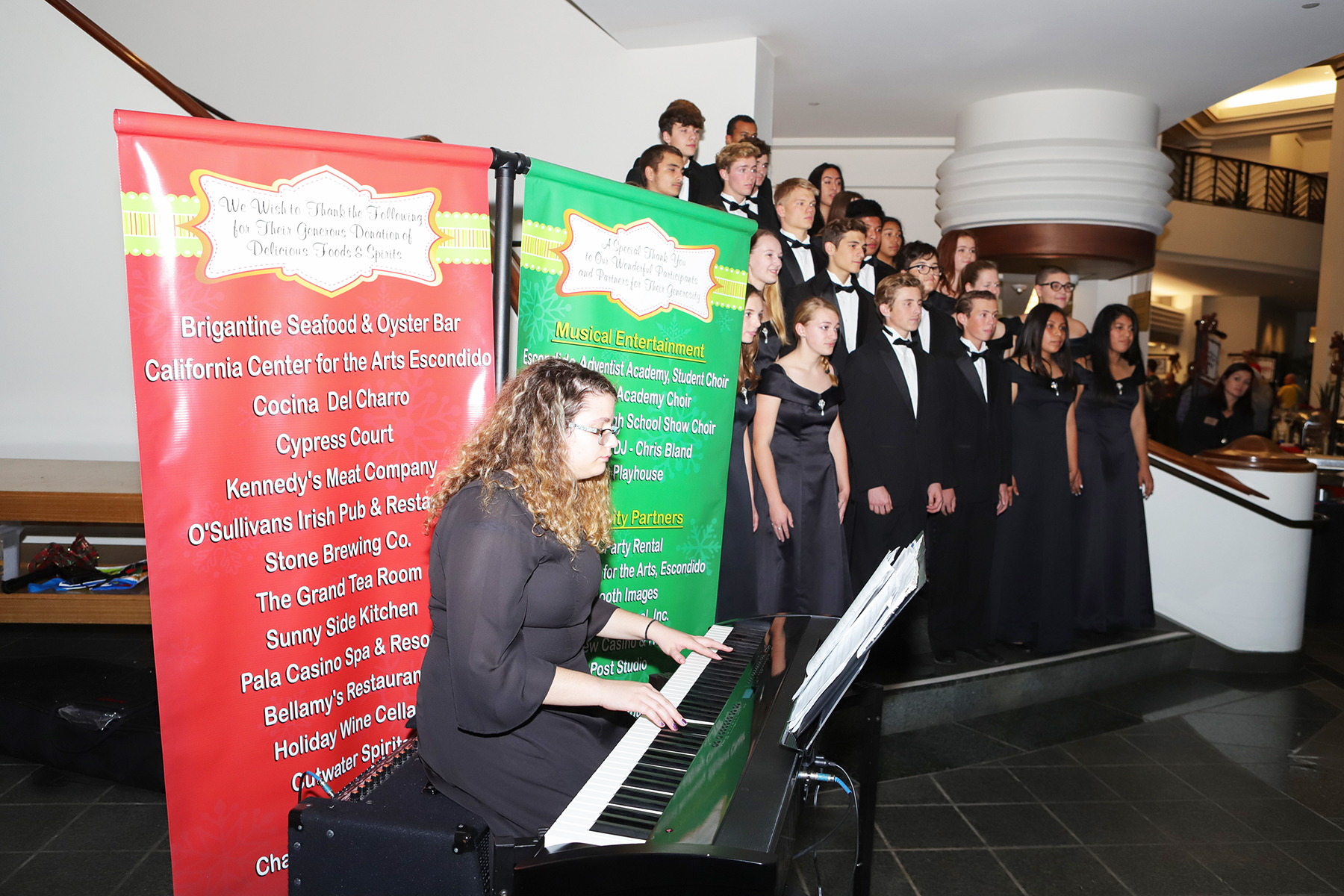 The San Pasqual High School Show Choir was one of several groups that entertained Thursday evening. 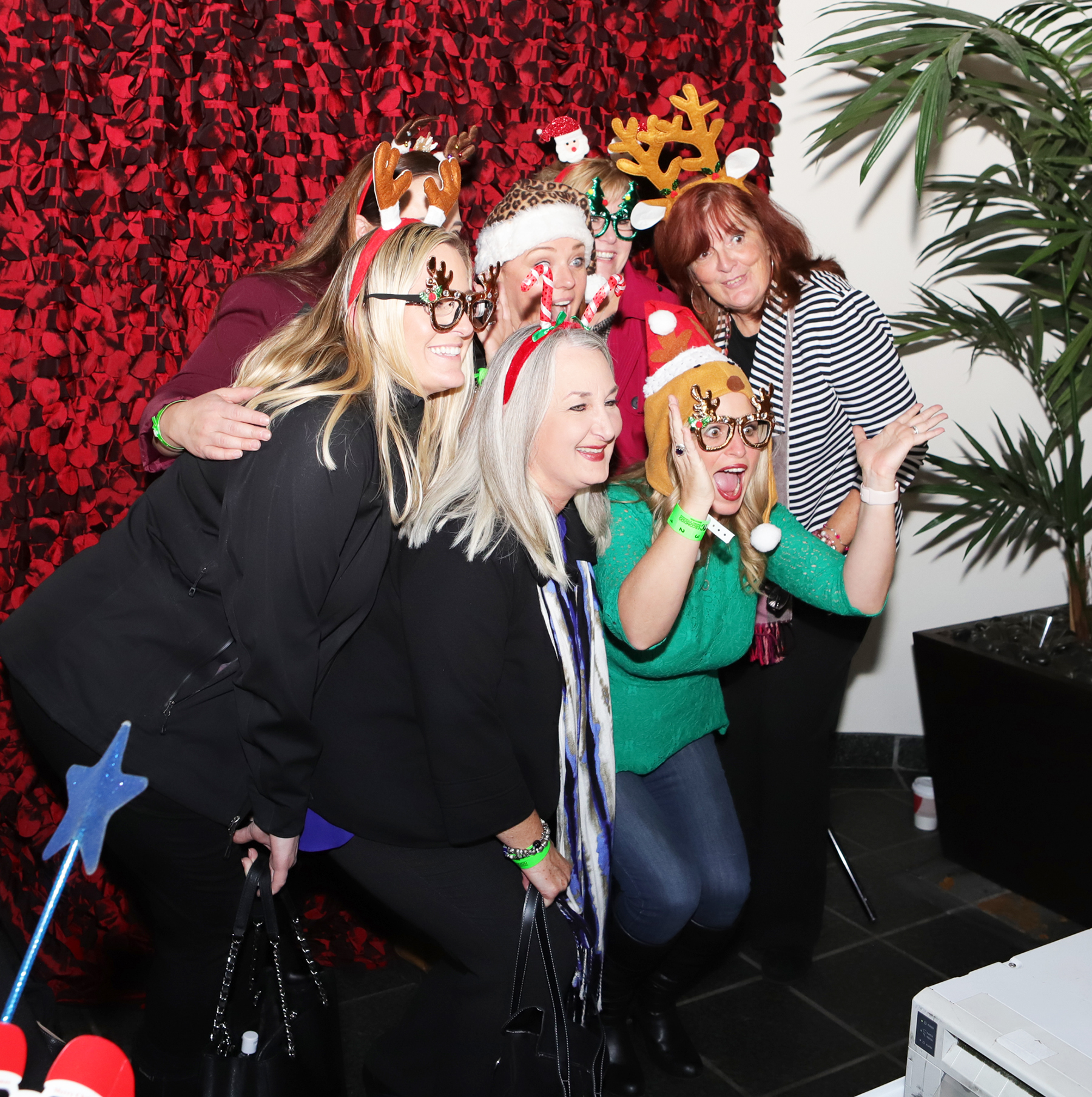 Groups posing in funny holiday headgear is definitely one of THE things to do at Community in Unity each year. 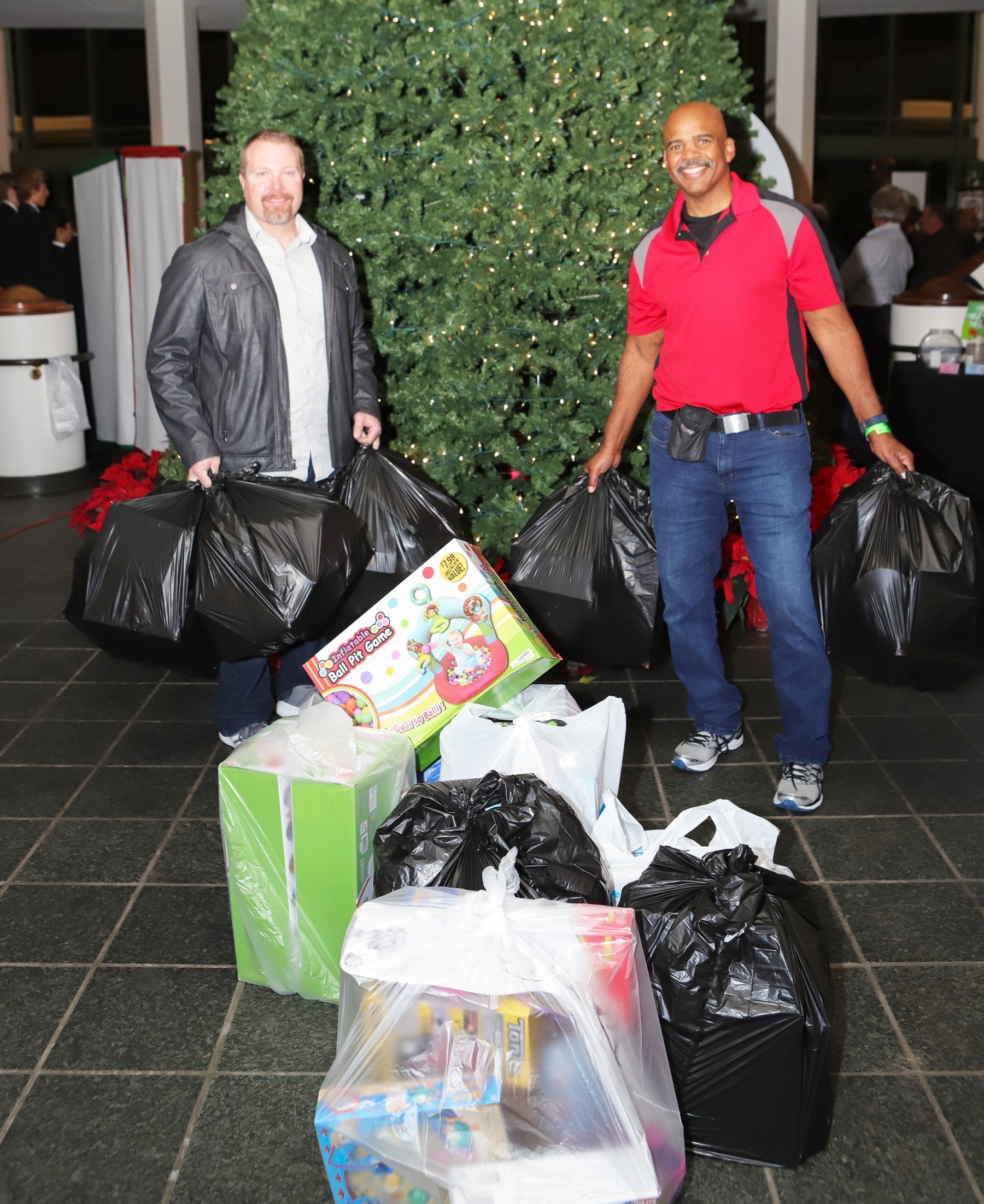 Attendees at Community in Unity were asked to bring unwrapped toys to help make Christmas a little nicer for needy children. Al Owens (in red) accepts some gifts from a donor.