Comedy Club opens with a bang 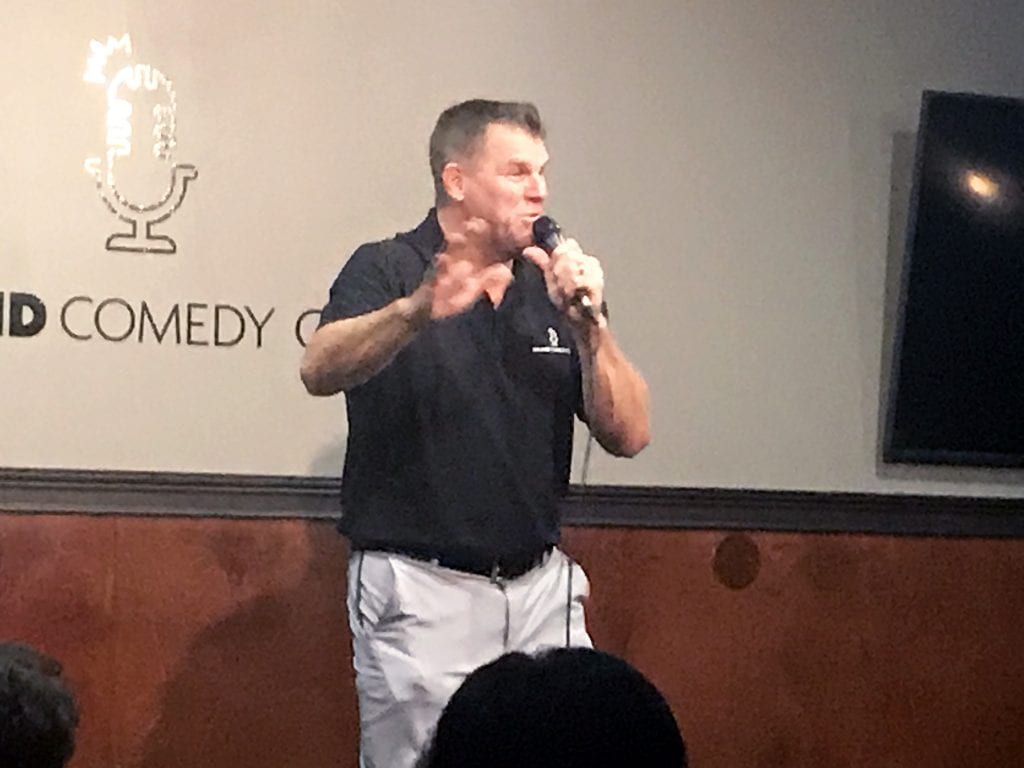 Grand Comedy Club owner Adam Wasserman warms up the crowd Saturday night. Wasserman is a veteran stand-up, whose contacts have helped him to put together a line-up of top comics.

The Grand Comedy Club opened over the weekend with a bang and a beer and wine license.

Comedy Club owner Adam Wasserman learned that his beer and wine license was active at 2 a.m. on Friday and rushed around that day loading up on brews and vintages to lubricate the laughs for the opening weekend of the only comedy club in North County.

The eastern end of Grand Avenue is not known for its vibrant nightlife on the weekends, but that could be changing. The opening of the comedy club was well-attended and the comics were very entertaining and kept the banquet roaring with mirth.

I attended Saturday night and was impressed with the quality of the standups and the pizza. Wasserman did the introductions, something he said will change as he plans to bring in a regular host for the Thursday through Sunday night schedule (with open mic on Sundays.)

The crowd was a mix of younger, middle aged and older couples and the humor wasn’t too raw or in-your-face. Instead it was more an experience of laughing with the comics at the foibles of life.

Featured comics were Jason Lawhead, who opens for comedian Bill Burr quite often and the headliner Steve Simeone, who is well-known for his work on Comedy Central and for his charitable work for organizations such as the Make A Wish Foundation.

Commenting on the opening weekend, Wasserman told The Times-Advocate: “Considering we just decided the week before to open, and considering that we had little or no marketing and that the website went up two days before we opened, we were happy with the outcome.”

Wasserman plans to fine tune things, including putting up more of his collection of comedy album covers. “It’s only going to get better!” he predicted.

One response to “Comedy Club opens with a bang”