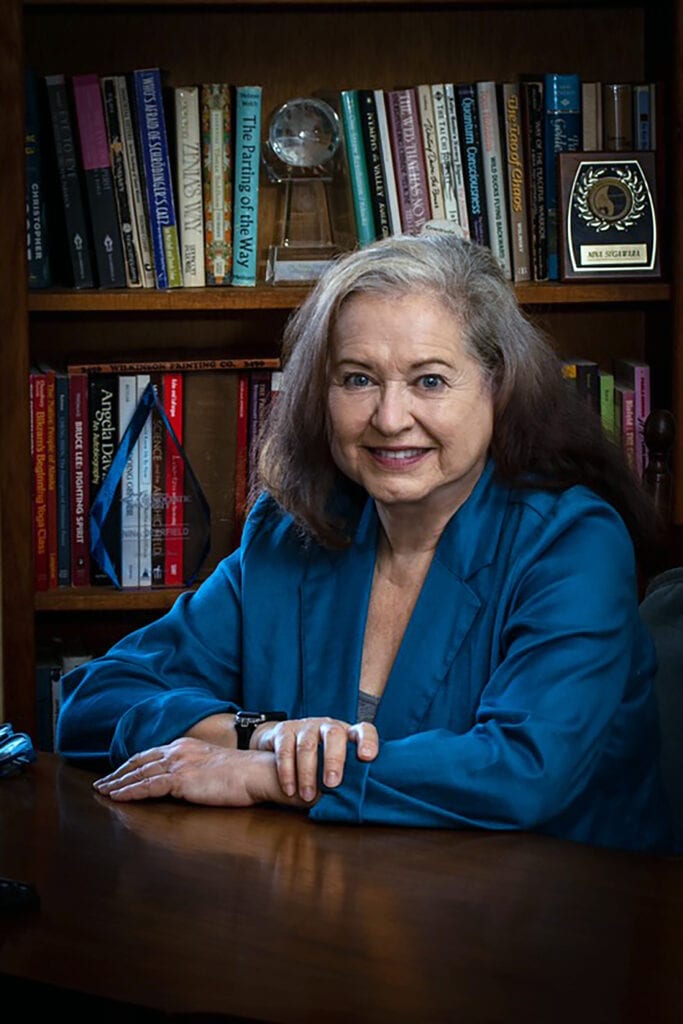 Escondido resident Nina Deerfield has served on the Palomar College board for seven years. She is currently vice president of the board. She is running for another term on the board.

For the first few years, she recalls, “I was the one in four to one votes for years on spending issues.” Deerfield, a lifelong Democrat, remembers how she was at a Republican lunch when she got applause because of those votes.

“I voted twice against the 27.5 percent raise for the former superintendent/president,” she said. She was also the lone vote against the “executive bathroom” the former superintendent created so much controversy over when she wanted to retrofit the building that had already been built. The restroom ended up costing $1.7 million, said Deerfield. “I understood her wanting the office. The problem was the bathroom hadn’t been in the plans and a few steps from the office there is a beautiful bathroom. She adds, “We were $12 million short at the end of last year.”

Things are different with the new interim president, superintendent, Dr. Jack Kahn, formerly vice president of student services, who was appointed June of this year after serving as “acting” superintendent since December.  For one thing, a whistleblower came forward with information about the college’s finances. Until then Deerfield had continued to be on the bad end of 4-1 votes.

“Since then,” says Deerfield, “We’ve turned the debt around and borrowed from ourselves. Every community college is in a problem because of COVID. But the big shift is that today the whole college is working together.”

The problem with the previous president, says Deerfield, “was that you had a leader who led by dividing and ruling and with a community college that doesn’t work. A lot of the professors are there for decades. There is a wonderful camaraderie among all these different people with different jobs.”

Once Dr. Kahn stepped up, “we turned it around. All of us worked together. It’s very heartwarming. This is a community asset that we all love. It’s really been going beautifully. I like to have everyone know what’s going on.”

Previously, says Deerfield, “I was the main trustee that reached out to people and listened to them. I got a bigger picture—which you need in a district with 1,600 employees and 30,000 students. We have nine campuses and it’s a big thing to run. Now, we are having weekly meetings about COVID and bimonthly meetings about the pre-agenda. You are able to get much more informed. We are policy and procedure  but now I know so much more and understand so much more. I love the students and we should all be there for the students.”

Deerfield loves to tour the campus and attend student meetings. “I go to their meetings and I love them. At first, I was told that I couldn’t go on campus without the president’s permission. The students are everything and I cry at every graduation. It’s such a moving time because many of them have struggled to get there and I want to do everything I can to support them.”

Now that everyone is pulling together, Palomar is dealing with the COVID-19 pandemic. “Now it’s playing ball on running water,” says Deerfield. “It’s that unsure. You don’t have that solid surface. Dr. Kahn has been a real trouper and has really pulled us through. I’ve worked beautifully with the president of the board.”

Now the votes are 3-2 on everything! “Now I’m going to meeting after meeting that I wasn’t invited to before,” she says. “I’m a very curious person, I want to understand and know all aspects, and now I’m getting it and it’s refreshing. I like the feeling that we are all working together for the common good.”

Deerfield is running for reelection, “to continue the good work to get Palomar to be more successful, to do more outreach into our community so our local high school students have the best chance of getting higher education. This is about equity. This is about giving everybody the opportunity to have a wonderful life because of education. Public education is the most important part of our country. It’s about being fair across the board.”

Things have changed in our society, she says. “Now is the time for all of us to look at what we’ve been doing. We are looking at everything with new eyes. We’ve always been an important part of the community. We are a Latino serving.” She recently attended a meeting at USC that was about race and equity. “We want to make sure none of that happens any more. We are on alert for some things that weren’t given enough import. I love being part of that. I’ve always been an activist for social and economic justice issues. That’s what Palomar can do for our community.”

When Deerfield started her bilingual newspaper, Alianza North County, “the people who helped me were Palomar professors and students. Way before I was ever asked to run, I knew so many people at Palomar. It’s moving how much they care about their students. I want to help that.”

Deerfield has lived in Escondido for 32 years. Her first job was head of the Montessori school of the UN in New York. Then she went to London to open a Montessori school.  “I love education,” she says. “I love learning. I’m a constant reader. Education to me is to teach children how to love education rather than teaching them facts and to pass that on.”

When she returned to San Diego she began practicing naturopathic and homeopathic medicine. While she in London she started a martial arts studio and was later inducted into the Master’s Hall of Fame. She still teaches Tai Chi and Yoga.

For her, the biggest issue at Palomar remains fiscal responsibility. “My opponent has accused me of being responsible for the $1.5 million office restroom, when I was the one person who didn’t vote for any of that.”

Another major issue, “is that all diverse student populations have a safe space. To redo the old library to make it a one stop shop for students. So they can talk to each other. I’m seeing it as kind of round table. Separate meeting places, so African Americans and Hispanics can have spaces. In the middle would be where everybody gets together.”

Deerfield marvels at Palomar’s beautiful campus. “We have campus gardens,” she says. “We have so much beauty on that campus and the new buildings are amazing, and energy efficient. I want to continue in that way, all of us working together and learning from each other and being compassionate. It’s a great place to that.”

Palomar is looking at a new board, no matter who wins. Two of the old trustees are not running for reelection and three seats are up for election. “There will be a big shift,” Deerfield says.

Deerfield has been endorsed by the last two student trustees (the non-voting student representative to the board) and by the student group MECHA and the Democratic Veterans Club. Also by Escondido Mayor Paul McNamara, Escondido councilmembers Olga Diaz, Consuelo Martinez and San Marcos city councilmember Randy Walton, and Professor Emeritus John Valdez.

She concludes, “It would have been easy to go along with the board but I just can’t do that. I had to vote from knowledge and from my head and my heart. I’ve always done that and I always will. My record is clear. I have voted to support every initiative and program that supports our diverse student body and against any large expenditure to do with administration that wasn’t necessary.”