Clue Avenue’s Lair of Doom Makes for a Fun Afternoon 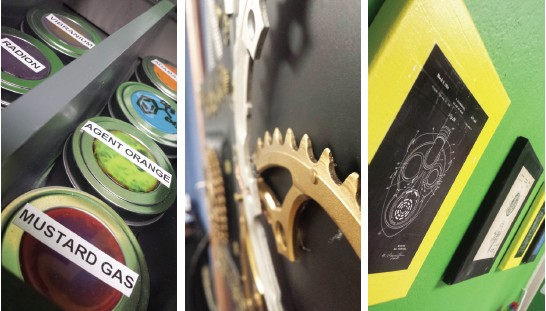 It’s not every day that you get to work your way out of the lair of a comic-book loving, nefarious scien­tist bent on destroying San Diego. It certainly makes for an interesting af­ternoon at Clue Avenue, a new venue located right off of Grand Avenue on Kalmia Street. The lair in question is an escape room, or what is essen­tially one big puzzle; you are put in a space and asked to complete a series of tasks that require some puzzle- solving skills in order to emerge vic­torious.

Groups of around six to eight peo­ple are encouraged to brave Clue Avenue’s escape room, but as all of my friends from college live over half an hour away, I went with my parents. Before we went in, one of Clue Avenue’s founders, Shilpa Pry­or recounted an amusing story about how a prior group was nearly at each other’s throats by the time the allot­ted hour was up. Later on, she and her husband Nick told us how the room has been and will be used by people seeking to bond with their co- workers.

The escape room theme, “Vil­lain’s Lair” is a fun, campy exercise in teambuilding. Participants are released into the lair of “Dr. Deliri­um,” (Jeremy Seull) a character who would be right at home in a 1950’s superhero comic with his gigantic lab goggles and maniacal gloating. Your mission: solve the puzzles so you can escape with an antidote to Delirium’s poison, and blow up his lab, all in under an hour. Meanwhile, the disembodied voice of Agent Pryor (Shilpa), a helpful FBI agent, helps you to piece together some of the tougher puzzles if the process of saving San Diego starts to stump you.

Teamwork is definitely essential in the Villain’s Lair, as the puzzles require not only constant commu­nication, but also multitasking on behalf of the group. If everyone crowds around only one clue, then it’s unlikely the world shall be saved in time. The construction and place­ment of the puzzles is also fairly foolproof; at one point, I 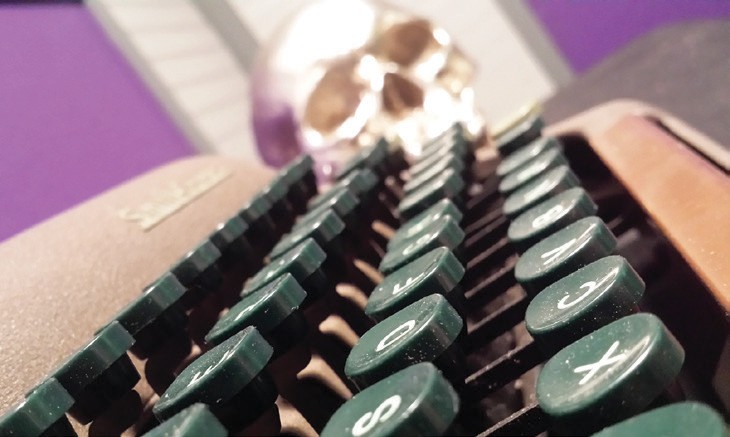 thought I’d be able to reach into one drawer by pulling out one above it, but the ob­ject inside was just large enough to prevent me from cheating.

I admit I didn’t quite take the ex­perience too seriously, occasionally taking cracks at Dr. Nefarious’s plan and his decor (he seems to be a big superhero buff), but I never felt the need to criticize the way the puzzles themselves were constructed.

My parents and I ended up com­pleting the tasks with a (relatively) quick efficiency, although we were not able to “escape” the lair before our hour was up. The three of us came out of Clue Avenue having very much enjoyed our first escape room experience.

Clue Avenue was founded by four couples who know each other through their local church. They were inspired to create their own es­cape room after trying one in down­town San Diego in February. Their doors recently opened for business on July 18.

The founders include David & Kathleen Beccue, Brock and Shan­non Fellows, Nick & Shilpa Pryor, and Jeremy & Jessica Seull. Each member of what I’ll call the Clue Ave Eight had something unique to contribute to their new venture: Jes­sica serves as the creative team lead­er, having picked out what props to put into the lair, while her husband contributes his acting experience from his background in theater to give Dr. Delirium his over-the-top personality.

Clue Avenue intends to take ad­vantage of their location and cross- promote not only with other San Diego escape rooms, but other local Escondido businesses as well, such as Patio Playhouse and Vinz Wine Bar.

Clue Avenue is already beginning to expand, with a second room with an as-of-yet undetermined theme un­der construction. “Once that’s good to go, we’ve already been talking about opening up another location. As to where, not entirely sure, but we’d love to open another location,” Nick Pryor said.