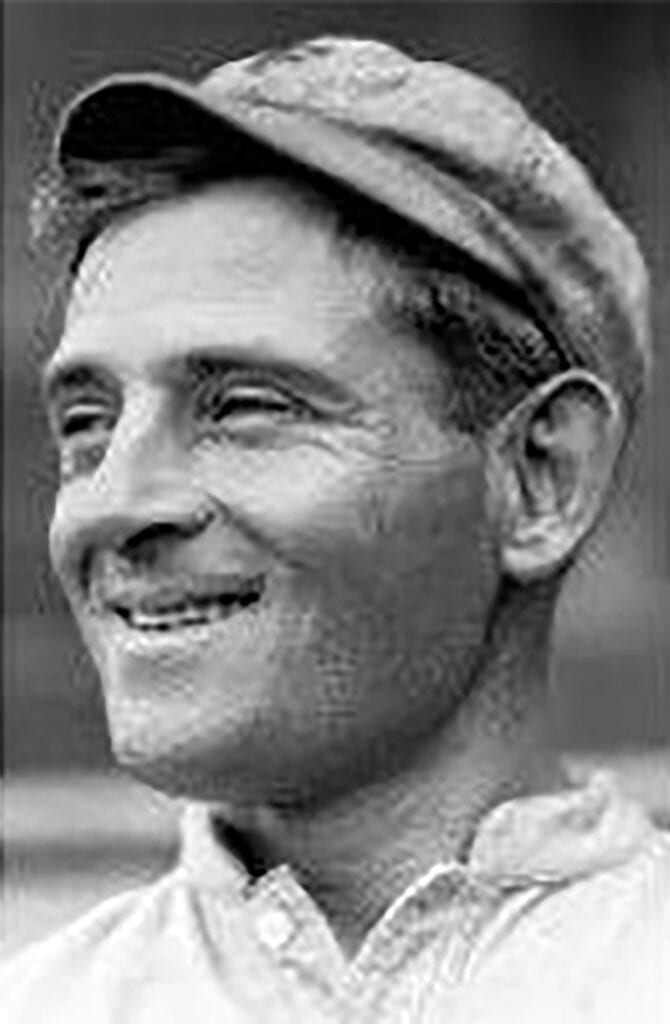 Over the years, Escondido high schools have produced numerous outstanding baseball players.  The Escondido History Center this week is honoring the first, Clifford C. Cravath, as a 2020 Escondido Founding Legend.

Clifford Cravath was born in Escondido in March, 1881. His father, Augustus (A.K.) Cravath, was the first mayor of Escondido, and his mother, Kate Isabella Sikes, was raised in the Sikes family adobe home. Clifford attended Escondido High School, where he was the catcher on the baseball team but, was better remembered as a “bruising fullback” and the captain of the football team.

After graduating from Escondido High School in 1899, Cravath moved to Orange County and tried numerous occupations until entering professional baseball in 1903 with the Los Angeles Angels of the Pacific Coast League. While playing in California, he picked up the name “Gavvy”, hitting the ball so hard he killed a seagull (“gaviota” in Spanish) in flight. During his five years playing for the Angels, he led the team to two pennants while developing his hitting skills. In 1907, after reaching a batting average of .303 and hitting 10 home runs, he was sold to the Boston Red Sox. In 1909, he was traded to the Chicago White Sox and later to the Washington Senators. Not able to be successful the first six games with the Senators, he was sent to the minor league, Minneapolis Millers, where he excelled.

After retiring from major league baseball in 1920, Cravath managed teams in the minor leagues and also served as a scout. He settled in Laguna Beach, where he lived in the off-season, and became active in the real estate business. In 1927, he ran and won a judge seat in Laguna Beach and spent the next 31 years on the bench. In 1963 the Honorable Clifford C. Cravath passed away. Few remembered his prior life, winning more than five major league home run titles and setting slugging records that were eventually broken by the mighty Babe Ruth.

Cravath was an Escondido High School football and baseball star, the first, and one of the best, major league baseball players from San Diego County. Now he is a 2020 Escondido Founding Legend.