Classical’s Breda excelled both on land and in the water 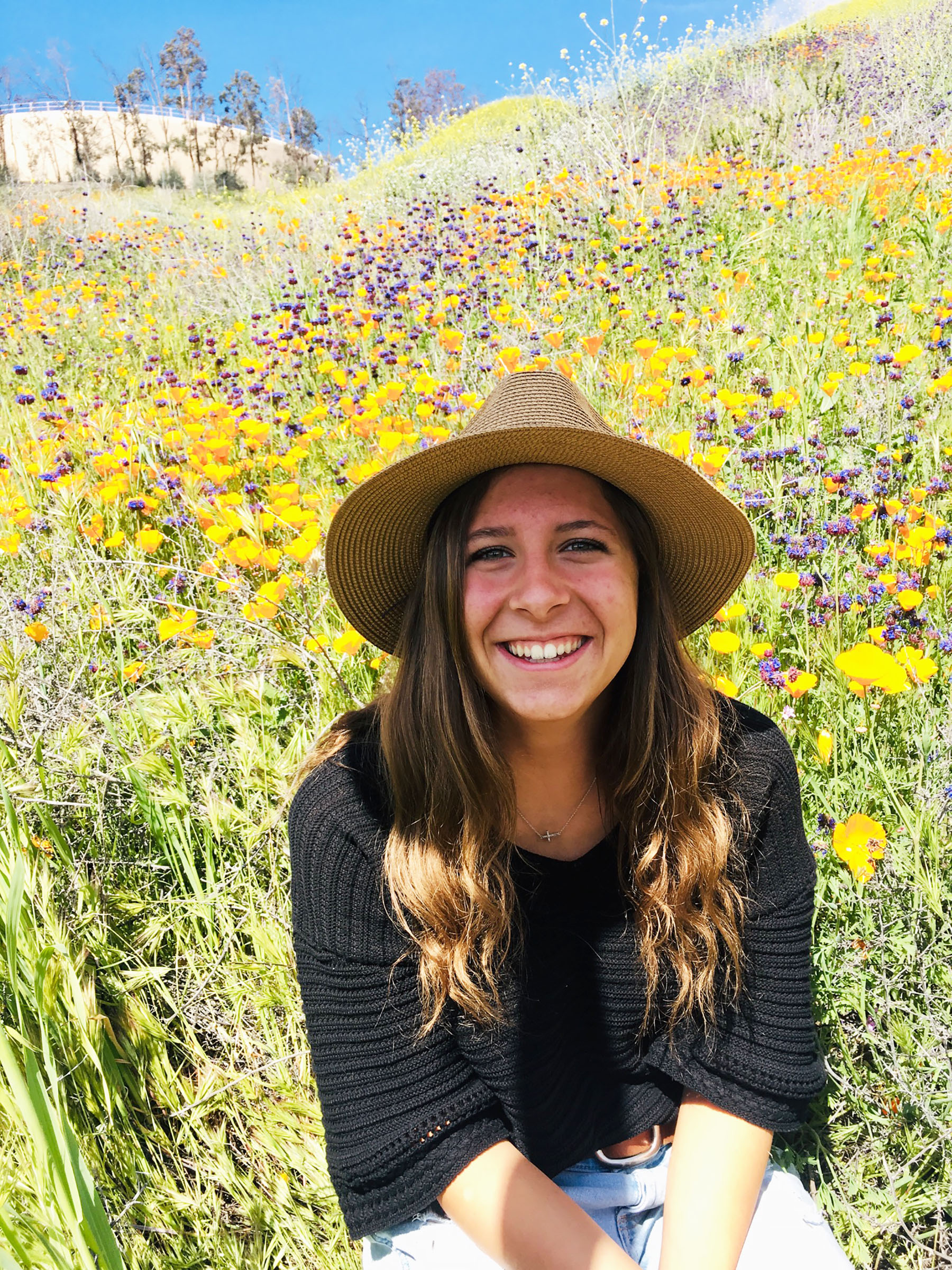 Reflecting back on her time at Classical Academy will always make Colette Breda smile.

As a sportswriter, every so often and strictly by serendipity you might just walk into a story. In other words, one virtually falls into your lap. Consider what follows to be an example of that sort of happenstance or coincidence.

As circumstances would have it, I was recently knocking about Valley Center doing some research on a sports camp that was being held up in that neck of the woods. Strictly by chance I was introduced to one of the camp’s prime organizers as he was tooling around in a golf cart, making sure that all systems were running smoothly at the camp’s various venues.

And there happened to be a young lady who was making the rounds with him. Given the setting, the nature of my business and the fact that she had the look of an athlete, I couldn’t resist asking if she engaged in some sort of athletic pursuit. In rather demure-like fashion she answered yes before her companion began relating that not only was she an active participant in the sporting realm, she was also a darn good practitioner at it. And as I discovered later, the guy wasn’t exaggerating.

The athlete in question was 18-year-old Colette Breda, a recent graduate of Classical Academy, where she was a talented two-sport performer. Demonstrating a fascinating versatility, the 5-10, 145-pound Breda proved she was equally adept at doing her thing whether it was hustling around on a soccer field or cutting through the water within the confines of a pool.

On many fronts, her story is an intriguing one.

Having played soccer for much of her life, Breda’s stature was such that she was selected as a captain for a 2018-19 Caiman team that won 10 games, placed second in the Pacific (League) standings (6-2) and advanced to the quarterfinals of the Division IV playoffs before falling to Vista.

As a highly effective sweeper, Breda was a rock on the back end and a defensive standout. Asked to assess her game, Breda describes it this way. “I was good at holding my ground as well as knowing where to be and where to go,” she explains. “I also played with lots of energy and made it a point to be first to the ball as often as I could.”

When fall turned to spring, Breda made a seamless transition from the pitch to the pool. She was a relative latecomer to swimming having been on a club team for only two winters prior to entering high school. Nonetheless, she showed steady development and by her senior year, her results were speaking loud and clear.

In the 100-meter breaststroke, arguably her best event, Breda registered a season best time of 1:20.95 and in the 11 meets in which she competed, notable second and third-place finishes were commonplace. “It’s the event that I worked on the most,” she says. “And it’s where I put the most effort into perfecting my stroke and trying to find the right rhythm.”

The freestyle was also part of her swimming repertoire and she was accomplished enough to compete in distances that ranged from 50 to 500 meters. It was in the former where she shone the brightest, finishing as high as second in addition to posting an enviable clocking of 27.36.

Moreover, given her conspicuous ability when it came to her two preferred strokes, it was no surprise that Breda proved to be a valuable contributor to a trio of Caiman relay teams, namely the 200-meter medley and the 200 and 400-meter freestyle.

When reflecting back on her time as a key contributor to a pair of Classical sports programs, Breda possesses some sweet memories that she will long embrace. “The whole environment was so encouraging,” she shares. “I met the nicest people there and I learned the lessons of working hard, the value of not missing practice, of giving 110 percent and just loving the competition.”

Later this summer, towards the end of August, Breda will begin the next chapter of her life when she moves some 1,636 miles northeast to further her education at the Catholic-based Benedictine College in Atchison, Kansas, where he older brother David’s senior year is about to commence.

At this stage in Breda’s life, expanding her academic blueprint and growing in her faith are the uppermost considerations for this Escondido resident. But that doesn’t mean sports are completely out of the picture. Once she gets settled back in the Sunflower state, Breda plans to at least look into the possibility of swimming for the school’s club team.

But regardless of how that shakes out, Breda can take real satisfaction in the knowledge that she made a real mark at the prep level and did both herself and Classical proud.

Yep, sometimes you fortuitously stumble upon a story worthy of telling. When it comes to Colette Breda and her sporting exploits, that’s exactly what I did! 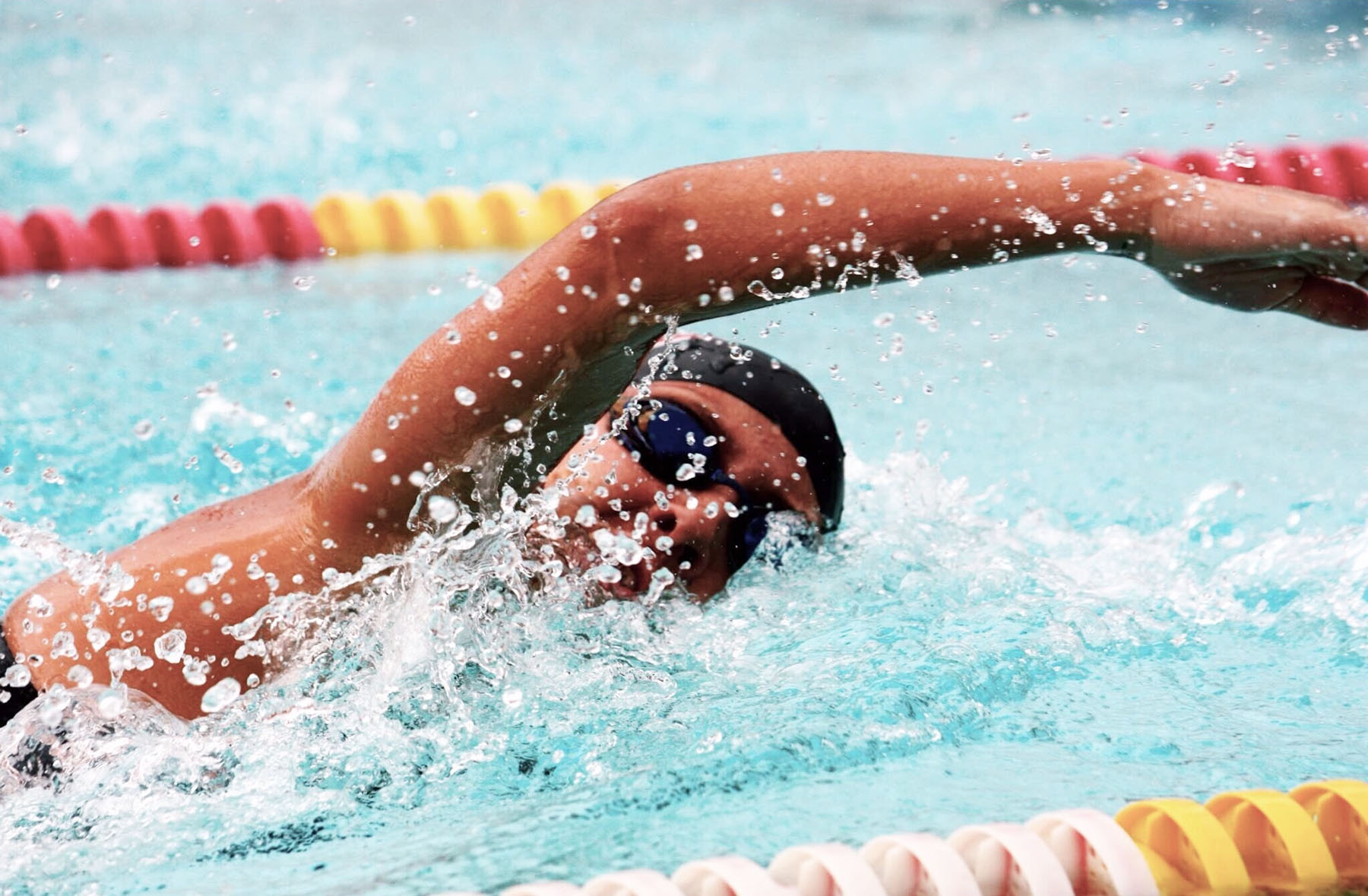 In the water, Breda put her skills at the breaststroke and freestyle to good use.