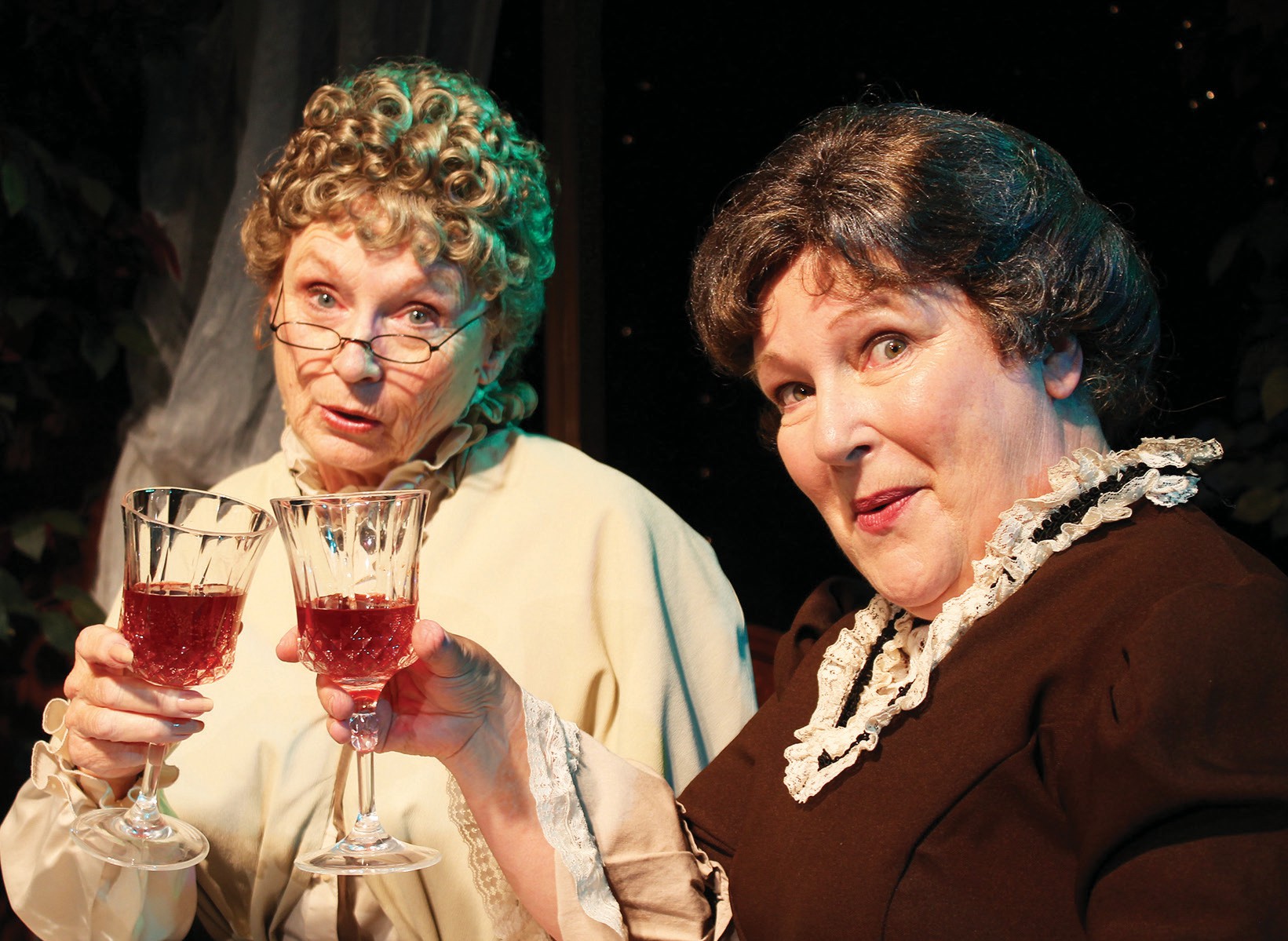 Arsenic and Old Lace, a laugh-a-minute screwball comedy will be playing at the Welk Resort Theater this August.

Premiere Productions comes to the Welk Resort Theater this August with the laugh-a-minute screwball comedy, “Arsenic and Old Lace” by Joseph Kes­selring and directed by Premiere Produc­tions and Broadway Theater owner, Ran­dall Hickman.

“‘Arsenic and Old Lace’ is a brilliant combination of black comedy, farce and the macabre,” said director, Randall Hickman. “A play about two elderly sis­ters, who poison lonely old men, doesn’t exactly scream ‘hey, I’m a comedy.’ But writer Joseph Kesserling has written the piece with such a soft touch you actually understand why this wacky family does what it does.”

The play revolves around the two Brew­ster sisters who have a unique hobby: they poison lonely old men with elder­berry wine laced with arsenic. When the ladies’ nephew, Mortimer, finds out about what’s been going on he spends the entire play trying to protect them. But, this is no easy task considering that Brooklyn’s finest are in the house for 60% of the play. The humor comes from the fact the police have no idea what is going on right under their noses.

“Arsenic” opened on Broadway in 1941, and closed in 1944 after 1444 per­formances. Hickman says, “At the time, it was the longest running play in Broad­way history. Seventy two years later it is still one of the most widely produced plays around the world because of its fan­tastical plot, inexhaustible high jinks, nar­row escapes, and vaudevillian comedy.”

Rounding out the cast are Timothy Benson as Mortimer, Joe Paulson as Jona­than, David Gentry as Dr. Einstein, Helen Brehm as Elaine, Douglas Davis as Offi­cer O’Hara, Doug Olive, Jacob Hatch and Kenneth Gray as the police, and George Roswell as Dr. Witherspoon.

The production plays Thursday’s through Sunday’s August 12 through 28 at the Welk Resort Theater in Escondido. Tickets are $35. To set up your seats call 1-888-802-7469 or you can order on line at www.welktheatersandiego.com. Group rates are available.