City processes most building permits since 2000 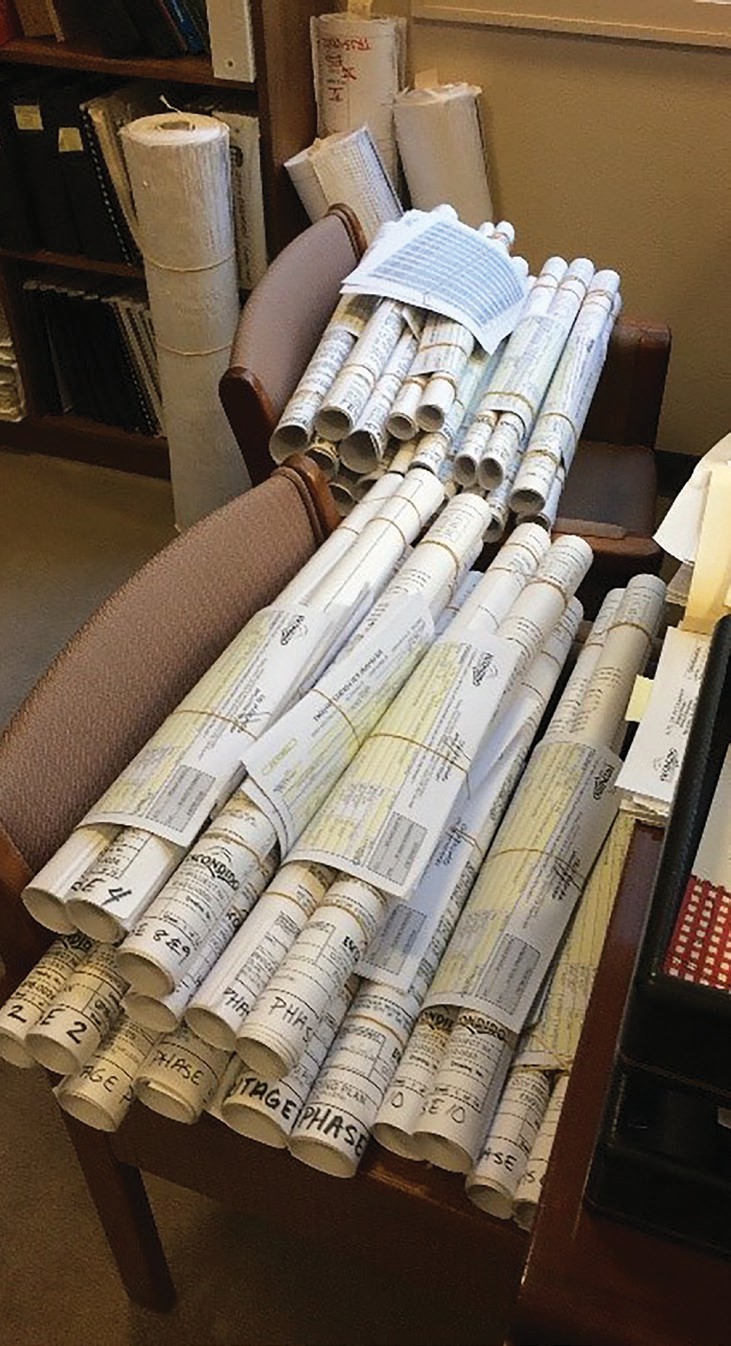 Plan check documents for Caynon Grove, one of the developments that the city’s Building Division is currently processing.

The City of Escondido has this year become the city of industry when it comes to new construction. As 2016 draws to a close, last week the Building Division issued 54 permits with a total valuation of $616,865.

So far this year the Building Division has processed 3,818 permits, compared to 3,618 permits last year to date. The 3,818 permits are the most permits processed on record back to year 2000. Current building valuation for all issued permits to date is $63.7 million compared to $44.2 million for last year, a 44 percent increase.

Other statistics for last week and 2016:

Twenty-two photovoltaic permits were issued for the week. The Building Division has issued 1,291 solar permits this year compared to 1,387 issued for the same time last year.

Counter technicians assisted, on average, 30 customers per day with 21 customers on Friday.