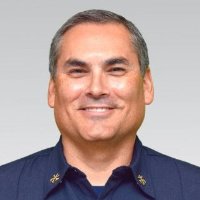 Chief Vogt started with the City of Escondido in 2015 as the Division Chief for Training and EMS, and was promoted to Deputy Chief of Operations in 2016.

Chief Vogt will be focused on overseeing a smooth transition for the department, and maintaining its high standards of excellence in public safety and emergency services.