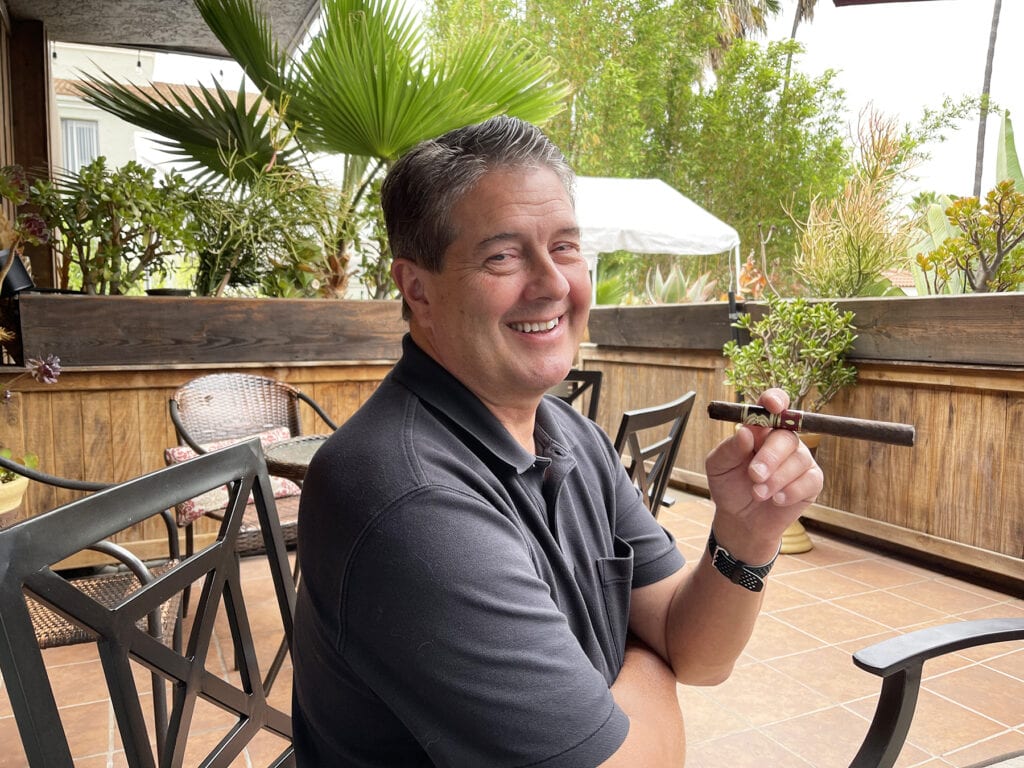 Short-timer City Manager Jeff Epp is looking forward to retirement, but reflects on some solid accomplishments.

Escondido City Manager Jeff Epp, who held the reins of  city government for four years, after 32 years during which he served as a city attorney—and who once argued a case before the U.S. Supreme Court, will say goodbye to all that on Monday.

He will trade it for retirement that will include spending time in his home state of Wyoming, where he is half owner of an authentic Western-style saloon in a town of less than 800. “I’m going to divide my time between Escondido and Wyoming,” he said. The bar, the Outlaw Saloon, “Is an authentic western saloon,” he said.  “And I don’t think you can get more authentic than that.”

Whether he will practice law in either state he says he hasn’t decided. “I want to get involved in something here in Escondido,” he said.

Epp’s story is literally of a young man from Wyoming, certainly not a city boy, who came out West and made good practicing the law.

Jeff Epp was born in Pennsylvania but grew up in Wyoming. He came to California during his third year in law school following a girl he had fallen in love with who was from La Costa. They didn’t stay together but HE stayed for a job as an attorney for the city.

He sent letters to every city attorney in the San Diego area. No one had any openings, but Dave Chapman, the city attorney at the time, said he’d keep his letter on file. In 1985 Chapman asked him to come out for an interview. Epp dug out a Triple A map to find out where Escondido was.

“I was to interview with the two attorneys in the office,” he recalls. He suggested an 11 a.m. interview time, thinking that way they could go out to lunch and he could spend more time chatting with them. He rode to the restaurant in Chapman’s Mercedes. “That was literally the first time I had ever ridden in a Mercedes Benz.” Chapman wanted to get sushi. “That was also the first time I ever had sushi,” he said.

He later sent a thank you letter to Chapman, in which he admitted that he had two disadvantages: “I wasn’t a member of the California bar and I wasn’t familiar with California law, but I said I thought I could cure those things with the passage of time.”

Chapman was impressed that Epp was able to assess his own weaknesses, and so he offered him a job as a legal intern and given two chances to pass the bar, which he passed.

He has seen a lot in his many years with the city. When he first went to work for the city, city hall was over near where the old hospital is now. “My first office was two janitorial closets with the walls knocked out and lined with book shelves. An electrical outlet which stuck up from the floor was directly under my desk,” he recalls.

He later moved into what is now considered an architectural gem, designed by Pacific Associates Planners, when it was brand new.

Asked what he is most proud of during his years at the city, he said. “I’m proud that we were able to keep the hospital in town during some very challenging times. They threatened to move. The council was insisting they stay downtown. They didn’t care if they moved. We ended up making an arrangement where there was some land on Citricado Parkway. . . Clay Phillips [his predecessor as city manager] and I worked on that together. Every time I look at that hospital I’m very pleased at the role we were able to play. ”

Another accomplishment that is now a shining jewel in the city’s crown: Daley Ranch, “That was one of the first deals that I was able to put together, the acquisition of that land from Shea Homes,” he said. “I love that. My predecessors had gotten the people from Shea and Mobil and the Trust for Public Land involved. So when I took over in February of 1996, we quietly put that deal together behind the scenes. That’s a wonderful community amenity.”

Finally, “And this wasn’t anything that I did, but I was able to carry the baton of the San Luis Rey River water settlement with the Indian tribes.” He notes that the city has had a great relationship with the area’s bands.

What was it like to argue before the Supreme Court of the United States? “It’s hard to describe the mixture of awe and yet comfort at the same time. Because, on the one hand there I was sitting fifteen feet away from Clarence Thomas and the rest of the court and on the other hand it was a perfectly normal legal argument like that which takes place in any courtroom across the country. So it was a whole range of emotions being there.”

One of the attorneys on the other side was perhaps an even more famous attorney, Robert Bork, who had been President Reagan’s unsuccessful nominee to the high court.

The case, Yee v. City of Escondido (1992) challenged the city’s mobile home park rent control law. The property owners argued unsuccessfully that rent control artificially deflated the value of their property and transferred it to the tenant. They were saying, in effect, that the rent control law was “a taking” under the 5th Amendment. It was a prominent case and was frequently quoted in legal circles for years afterword.

One thing Epp has always enjoyed about his job: “You can drive around the city and do a lot about what you see the next day.”

Some other things he’s proud of: “I’m proud we haven’t let the homeless overwhelm us. My deepest hope is we will continue those excellent journeys we’ve done and keep it solid.”

He thinks it is important that the city council eventually put a sales tax on the ballot. “What the city needs is to develop a revenue stream that will let us grow and blossom,” he said.

On how the city handled the COVID crisis, he said. “I think we did as good or better than other cities. For instance, we had the state testing center here. We did our best for our businesses. Escondido did a great job.”

Regrets, he has a few. “In retrospect, in the four years I spent as city manager, I wish I’d learned a lot a lot faster and learned it sooner,” he said.

One thing he doesn’t regret is outsourcing the library to a private company. “It turned out to be a good move,” he said. It was especially helpful during the many months that the library was closed due to COVID, he said.

He sees “smart” traffic control coming into its own in the near future in Escondido. “I’d love to see a system where we don’t upgrade the traffic signals but we upgrade the software to where the signals ‘talk’ to each other. The idea is to control the flow of traffic. That’s where this city needs to get on board.”

As Jeff Epp looks back on a long career in public service, “Certainly the greatest rewards was the people I worked with,” he said. “It’s nice when we are working together for the same thing, which is the people of Escondido. And that’s a warm and fuzzy thing.”