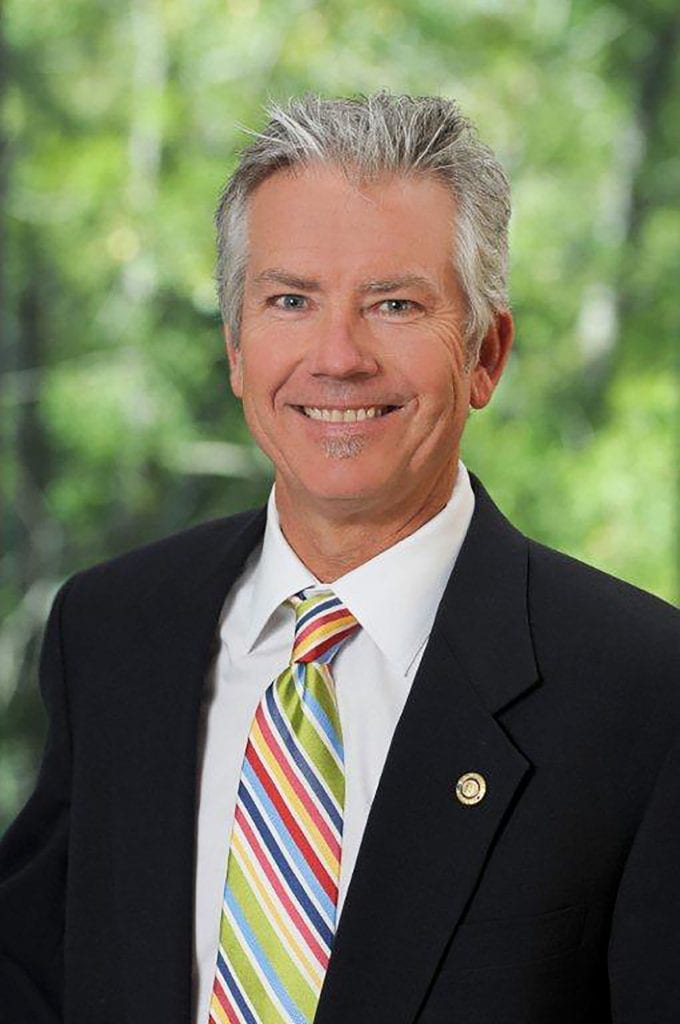 Flags are at half-staff over city facilities this week as the City of Escondido mourns the passing of city councilmember John Masson, who died Tuesday night of cancer.  They will remain at half-staff until Mr. Masson is interred.

City Manager Jeff Epp commented, “While there is much to say about all of the things Councilmember Masson was involved in and contributed to, I shall always remember his tremendous passion for all things Escondido, and his incredible support of City employees. John really, really cared about Escondido and doing great things for our community. He was inspirational to have on the City Council, as a colleague.”

Mayor Paul McNamara told The Times-Advocate, “John was a true public servant who always had the best interest of Escondido as his number one priority.  He was a dedicated family man and man of faith.  He represented the best values of the city.  Whether you agreed with him or not, you could always count on him to listen to opposing views and consider them.  Losing him is a great loss for the city.  I think I speak for the entire city when I say we send our heartfelt condolences to his family and that he and his family are in our prayers.”

Former Mayor Sam Abed, who worked with Mr. Masson from 2012 on, commented, “It was my great honor to serve with John Masson on the City Council. He was a great leader, a man of faith and loved his city.  His passing away is a tragic loss to his family, friends and the community of Escondido. Our thoughts and prayers are with his wonderful wife and young children.”

Councilman Mike Morasco, a close friend to Mr. Masson, told The Times-Advocate, “More than anything else John was a husband, spouse, father, son and brother. John is a faithful believer and a servant to so many. A man of integrity, a business man, neighbor and friend and an amazing colleague. He served his father and his church and his community so unconditionally. He is already missed. I can honestly say I loved John Masson with all my heart.”

John Masson’s family moved to Escondido when he was a young boy. He attended Conway Elementary School, Grant Middle School (now Mission Middle School) and graduated from Escondido High School in 1982. Masson was a graduate of Palomar College and California State University, Chico and received his degree in Business Administration with an emphasis in Finance.

He served as the President of Masson & Associates, a family-owned civil engineering and land surveying business that was started in 1978 by John’s father, Douglas Masson.

John was active in a wide range of community groups. He served as a board member on the Palomar College Foundation, he was a board member of the Palomar Family YMCA for over 15 years, and a member and former president of the Escondido Sunrise Rotary Club. He also served as Chairman of the Escondido Chamber of Commerce and served on the organization’s Economic Development Committee and Government Affairs Committee. His commitment to jobs in Escondido led him to serve on the Mayor’s Economic Advisory Board and the city’s General Plan Update Committee. John also was a member of the North County Civil Engineers & Land Surveyors, Building Industry Association (BIA).

John Masson is survived by his wife Tricia and two children, Nicholas and Taryn. He enjoyed many hobbies including martial arts, four wheeling, motocross, mountain biking, and surfing. He enjoyed spending quality time with family and friends and giving back to his community.