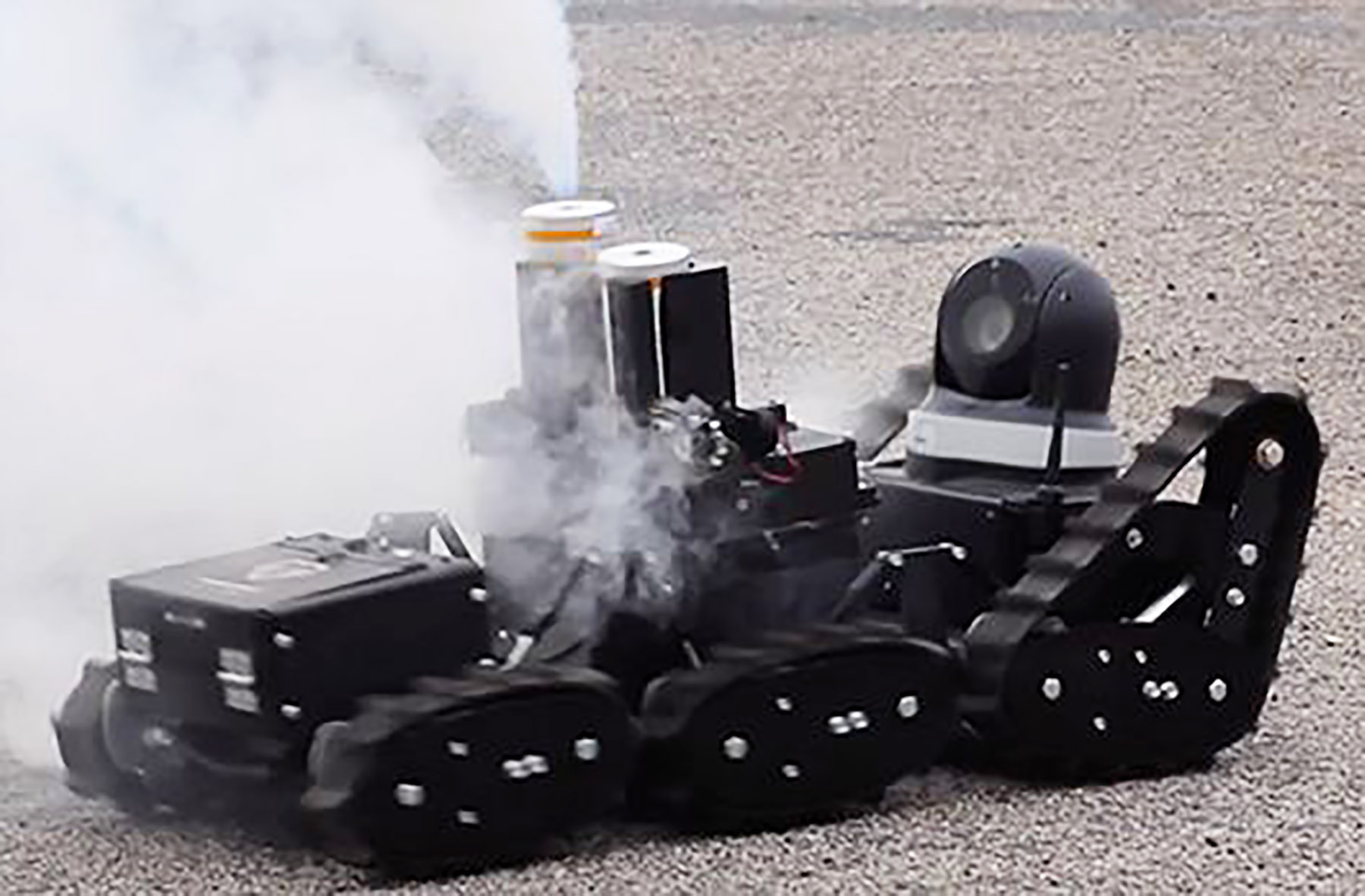 A robot similar to one that the EPD will be buying with grant money that will allow police to communicate with people in a house without the officer having to approach to an unsafe distance.

The Escondido City Council voted 3-1 (Mike Morasco voting no and John Masson absent) to change the meeting time for the council from 4:30 p.m. on Wednesdays for the open session to 6 p.m.

The change, done at the behest of new councilmember Consuelo Martinez, and supported by Mayor Paul McNamara and councilmember Olga Diaz, was adopted with the hopes that it would attract more working people to attend or watch council meetings, since it would be after more people get off work.

Masson’s reason for opposing it, he said, was that it would discourage senior citizens from attending because many of them won’t want to go to meetings after dark. “I think moving to it right in the middle of family time and making it more difficult for our senior citizens to attend is not appropriate and is not going to change anything,” he said.

Martinez said she was open to having some meetings at a different time when issues of importance to the senior community are on the agenda.

At the meeting Chief Craig Carter and Fire Chief Rick Vogt explained how they would be spending a 2018 Urban Area Security Initiative (UASI) Grant of $32,992.

Carter explained that the two departments would split the money. EPD’s share would be spent for canine training and a robot to enter locations that are not safe for officers to enter. The robot, equipped with a camera and a microphone, will allow communication between the police and persons inside the building.

“The idea is that we go in with the robot and it keeps us from having a life or death situation,” said the chief. They currently use a PA on a police car, which is “highly ineffective,” said Carter. “With the robot we can be a safe distance away.”

During a discussion of the City’s annual Progress Report on the Implementation of the General Plan and Annual Housing Element Report, several council members expressed their growing concern with addressing the issue of affordable housing in the city.

Diaz told Mike Strong, assistant planning director, “I think there’s a growing cry for help from residents, not just in Escondido, but in the region, for affordable housing. People whose rents are going up 300-$400 per month. I’m hearing about it. What can we do to encourage and expedite affordable housing construction? We are missing a dialogue. We as a community should be much more engaged on affordable units. We as a city don’t actually building anything but we can facilitate the discussion.”

Councilmember Martinez said she would like to have an agenda item to discuss a “housing action plan.”

Mayor McNamara said he would like to see a committee set up to discuss housing issues.

“So everyone is aware of what we are doing about housing, and what we could be doing.”

Diaz said, “We need to have a greater role in producing housing. Create an environment to encourage affordable housing. I like infill projects,” she said, indicating such projects are one possible avenue for encouraging affordable housing. “Enough people are experiencing a crunch to take some kind of action.”

“I think we are all in agreement that we’d like to engage more in dialogue with the community on this issue,” concluded the mayor.