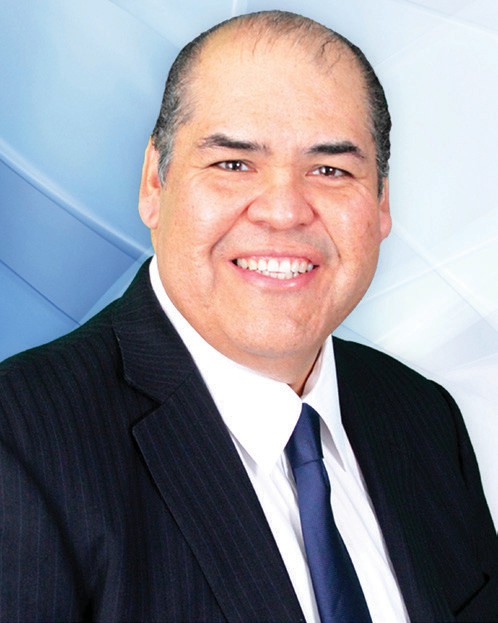 Jose “Joe” Garcia is running for city council in District 3, where the incumbent in Olga Diaz.

A minister for 28 years, Garcia sees his mission in Escondido being to bring the disparate interests in the community together in unity.

A native of Southern California, Joe Garcia was born in Santa Ana, but because of a tragic accident that disabled both of his parents, his family moved to Mexico where they found it easier to conduct their business — although his mother had never lived there before. Mexico is where young Jose learned Spanish, became bilingual and bi-cultural.

Several years later his family returned to California where Jose attended elementary and high school and Pacific Union College in the Napa Valley. He earned a bachelor’s degree in theology and later attended the seminary in Berrien Springs, Michigan where he earned a master’s in divinity. He met his wife, Maria before he obtained the degree, but while he was a pastor at one of his earliest assignments — in Calexico.

Their first daughter, Heather, was Born in San Diego. Some of the places he has been the pastor of over the years include Barstow, El Centro, San Diego, and in Escondido twice. He is currently a pastor at the Oceanside Spanish Church.

He and Maria have been married for 25 years and have three children. Heather, the oldest daughter is a graduate of Pacific Union College (her father’s alma mater) and is doing a paid internship with San Diego Mayor Faulconer. His son, Joseph, a senior at Yale, will graduate this year with a degree in Poly Sci and Economics. Joseph was the first youth commissioner in the City of Escondido.

Their youngest daughter, Rebekah, is a freshman at Point Loma Nazarene.

“We are very proud of our children and love to see them accomplish their dreams,” says Garcia.

He has been a police chaplain for 13 years, eight of them in Escondido. He was awarded volunteer of the year in 2014 for that service, and the chaplains as a unit have received numerous awards.

He serves on the city’s community services commission, which advises the city in matters pertaining to park use and development, public recreation, and the use of public park facilities. He has been a commissioner for two years, which, coincidentally, was a commission that his son, Joseph, served on first.

“I thought it was cute that my son groomed me for that position,” he said.

“My calling has been to serve. Being on the city council would be another way to serve my community,” he said.

Two years ago, he said, he read in the Union Tribune (November 14, 2014) that the incumbent, Olga Diaz, who had been defeated by incumbent Sam Abed by 24 points, said she no longer felt she had a future in city politics, and was disillusioned by them.

The following summer Garcia declared his own candidacy for the seat. Then in May of this year: “I saw a blurb that she had decided to run again. At that time I had been working over a year on the campaign so with that announcement we ended up becoming opponents. I wasn’t planning on running against her. I always thought that she would run, but it wasn’t until May that she said she would. That’s a long time.”

Garcia say that one of his main issues of the election is, “We need to bring our city together to take the city to the next level. As a pastor I have had that opportunity to work for different cultures to find that common ground to bring us together.”

Garcia says as a city council member he will follow the “3 L’s,” which are to Listen, Learn and Lead. “This is not about putting your own agenda,” he said. His goal is to listen and learn what the people want as their agenda, and then to “lead for creative solutions. Sometimes things situations at the city are very complex and sometimes very difficult. That’s where I believe that I have plenty of experience dealing with complex issues. Many might think that no one in churches have problems or conflicts. We do and all of those things need to be resolved. I would bring that experience to the city council.”

One of the main issues facing Escondido is that of development. “That is one of our hot topics,” said Garcia. “In such situations, one of my core values is being fair. We need to listen to all parties. My inclination is for lines of communication to be open. Let’s reach solutions. Let’s meet together. Everybody gives a little and everybody gets a little.”

He adds, “I want people to see in me honesty, integrity, transparency and the desire to do what is right. I’ll always be open to listen to everyone. In fact, I want to start a citizens advisory committee so I have the opportunity to listen on a regular basis to what is going on in our community.”

He promises to be available on a weekly basis to his constituents, to hold what he calls “Morning Joe.” “One day a week I’ll put it out on social media. I’ll sit in some place in the district. I’ll be there from this time to this time. Come over and let’s talk. I’ve had the same cell phone number for eighteen years because I thought people should be able to get a hold of me: 619-316-1472. I think it is so important to be available, otherwise you fall out of touch.”

One issue that touches some residents of District 3 deeply is the Safari Highlands Ranch project that is proposed for land adjacent to the district that seeks to be annexed into the city of Escondido.

“That development wants to be part of the city. But the residents next to it that are in our district are very concerned. They were among the first constituents who began talking to me.”

The issues, he says, include traffic congestion, property values and impact on the local schools. “The school district is very small. That’s an impact that needs to be addressed,” he said. “Another issue is neighborhood safety. Our police department is not at full staffing. This would place a burden on response time. The developer has stated that they would build a fire station— but what about the equipment? What about the training and personnel? That’s gong to be a major impact to our city and finances.”

All of those things need to be addressed, he says. “I would not vote for a development that would not address those concerns. I don’t have a problem with development or with the annexation. But I think these concerns have to be resolved.”

At this point Garcia has spoken to the residents in his district who are concerned about Safari Highlands Ranch, but hasn’t spoken to the developer. “I’m still waiting to talk to the developer,” he said. “I have no problem with development. We have a major shortage of housing. They want to be part of the city and they need to address these four issues.”

Garcia noted that he is a third generation American. “The nine years I lived in Mexico taught me to be bilingual. I understand the community very well. I think they would be well served with me being their voice. But you have to be the voice to the entire community. I’m Latino but I’m not asking people to vote for me because I’m Latino. I’m asking them to vote for me because I will represent them. I’ll be available, I’ll listen and I will share their concerns. They won’t fall on deaf ears.”