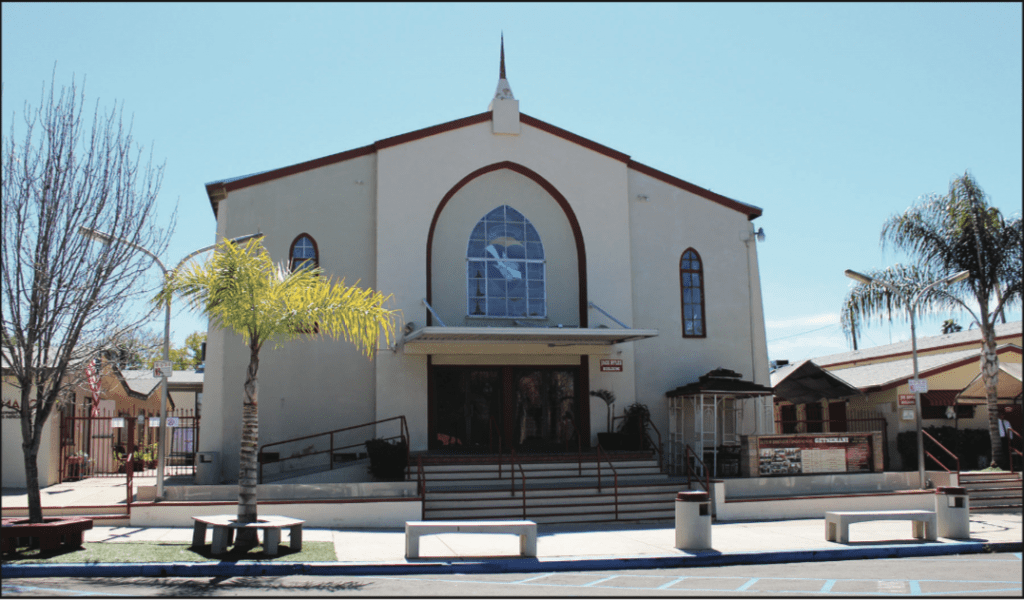 On Monday afternoon the damage that had been done on the second floor of the Iglesias Bautista Fundamental Church could not be seen from the street.

Sunday, March 18, at about 12:54 p.m. the Escondido Police and Fire Communications center received a report of a possible structure fire in the area of 7th/Escondido Bl. Escondido Police officers arrived on scene in the area and reported that there was a fire at the Iglesias Bautista Fundamental Church at 221 W 7th av.

According to Battalion Chief Mike Bertrand officers ensured that the building had been evacuated, as church services had just concluded, and confirmed that the fire was located in a second floor classroom. Escondido fire units arrived on scene and were able to contain the fire to the room of origin and had the fire controlled within 8 minutes. In all five  engines, one truck, one ambulance, two Battalion Chiefs and a fire investigator responded to the fire.

During the investigation it was determined that two juveniles started the fire with a lighter that they found in the classroom.

There were no injuries to firefighters or civilians.