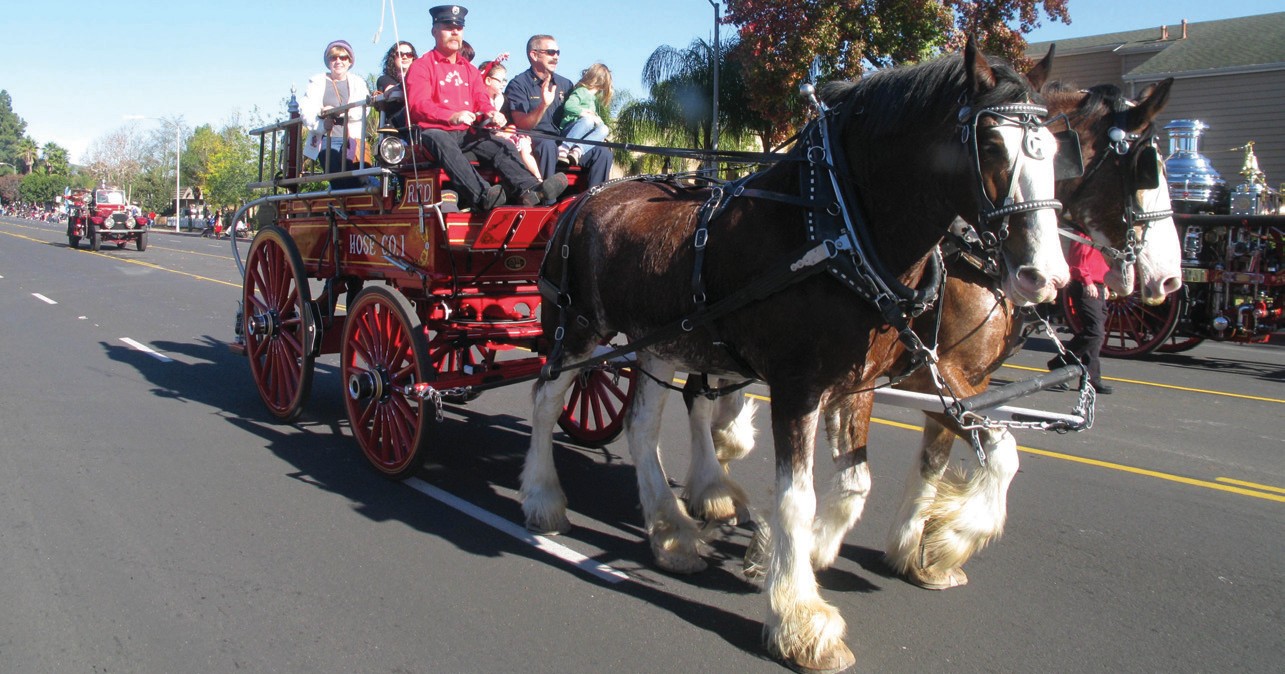 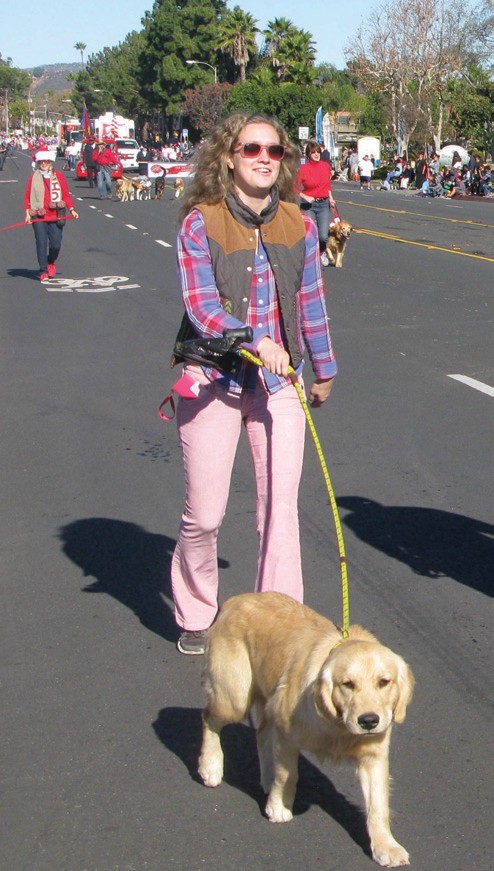 A member of the San Diego Golden Retriever Meetup Group is drawn forward by her dog in the bright, sunny weather of the 65th Annual Christmas Parade, which, orgainzers said, is the longest running community event in North San Diego County. 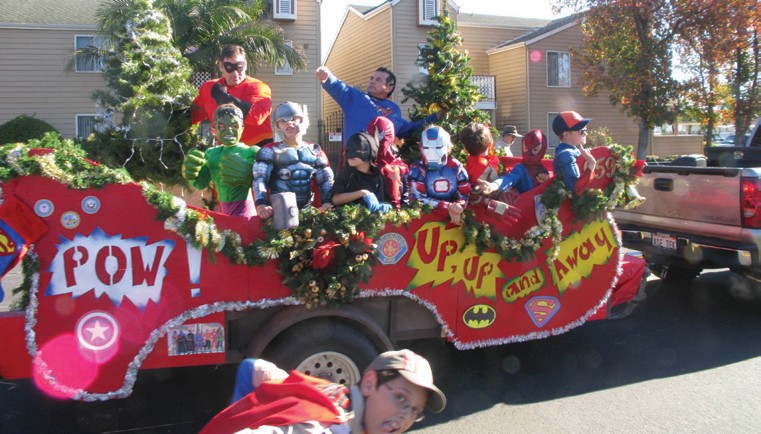 Dads and members of Cub Scout Troop 659 actually conformed to the theme of the event, “A Superhero Christmas,” sporting costumes and striking heroic poses on their homemade float. 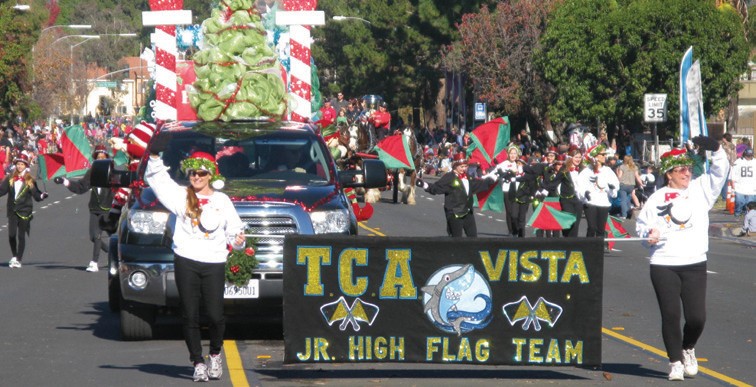