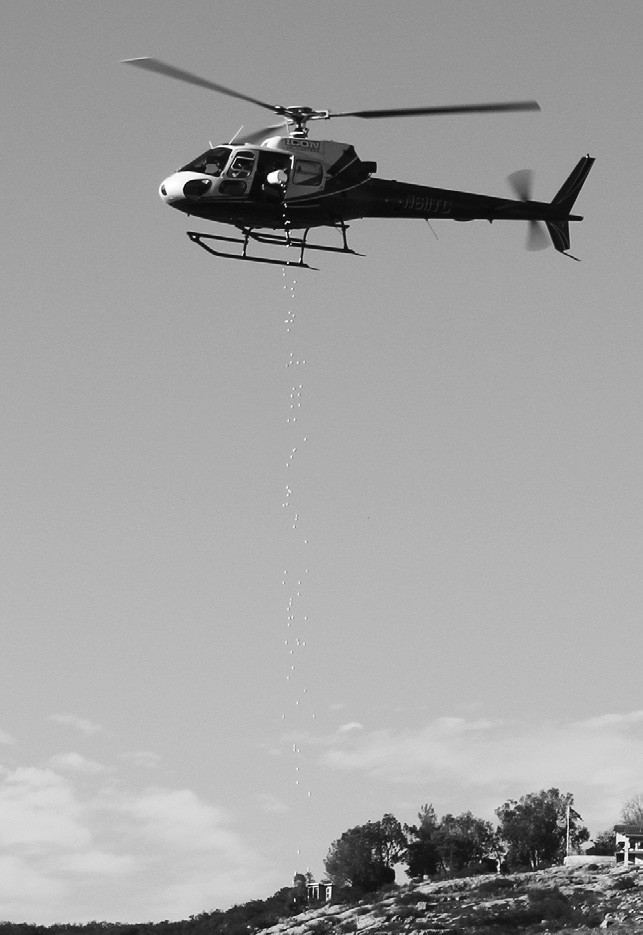 Friday’s ‘Chip in for Jim” brought out several hundred people to raise money for Jim McFarland in his fight against ALS. Top Lef: the helicopter drop of golf balls onto Woods Valley Golf Club course in Valley Center. You may have to look closely to see them. The balls were numbered and the purchaser of the ball closest to the pin was eligible to win up to $5,000.

McFarland, a 20-year resident of VC, said he was “awed” and “amazed” 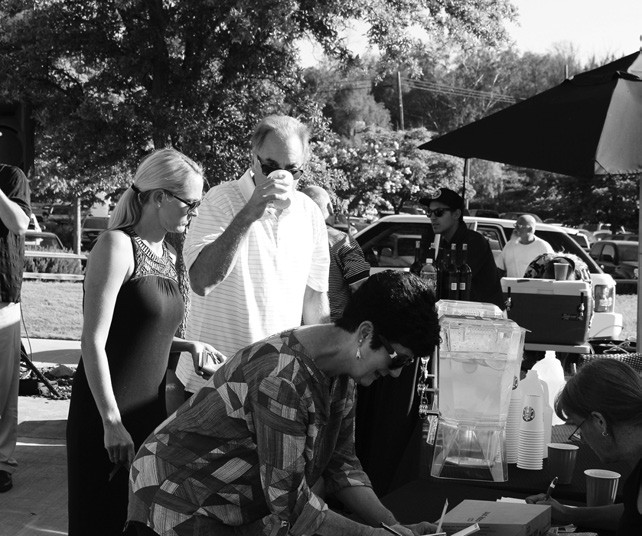 by the support given to him at this sell-out event. It’s difficult to estimate 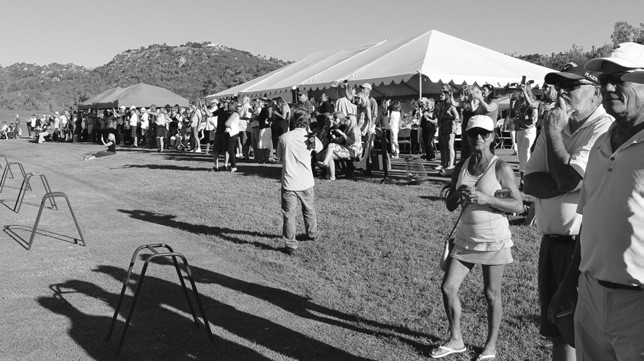 Attendees gather to watch for the helicopter.

exactly how many people attended, but according to an organizer, there were 148 golfers, 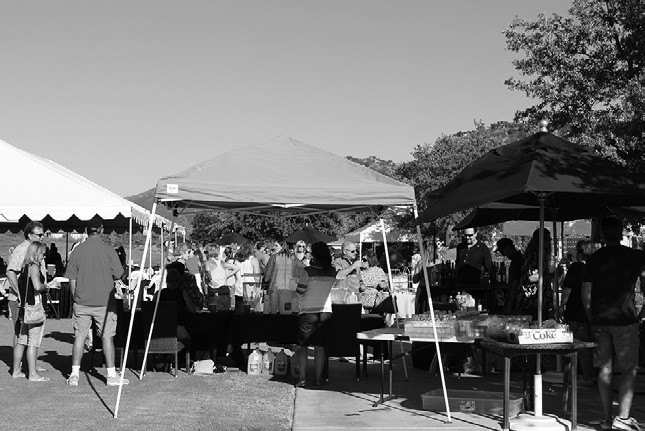 Shown is Jim McFarland, the beneficiary of “Chip in for Jim” (second from left), with his family (from left), Jordan McFarland, Jeanne McFarland and Jon Forrest.

dinners before they ran out. There was also a cigar tent.