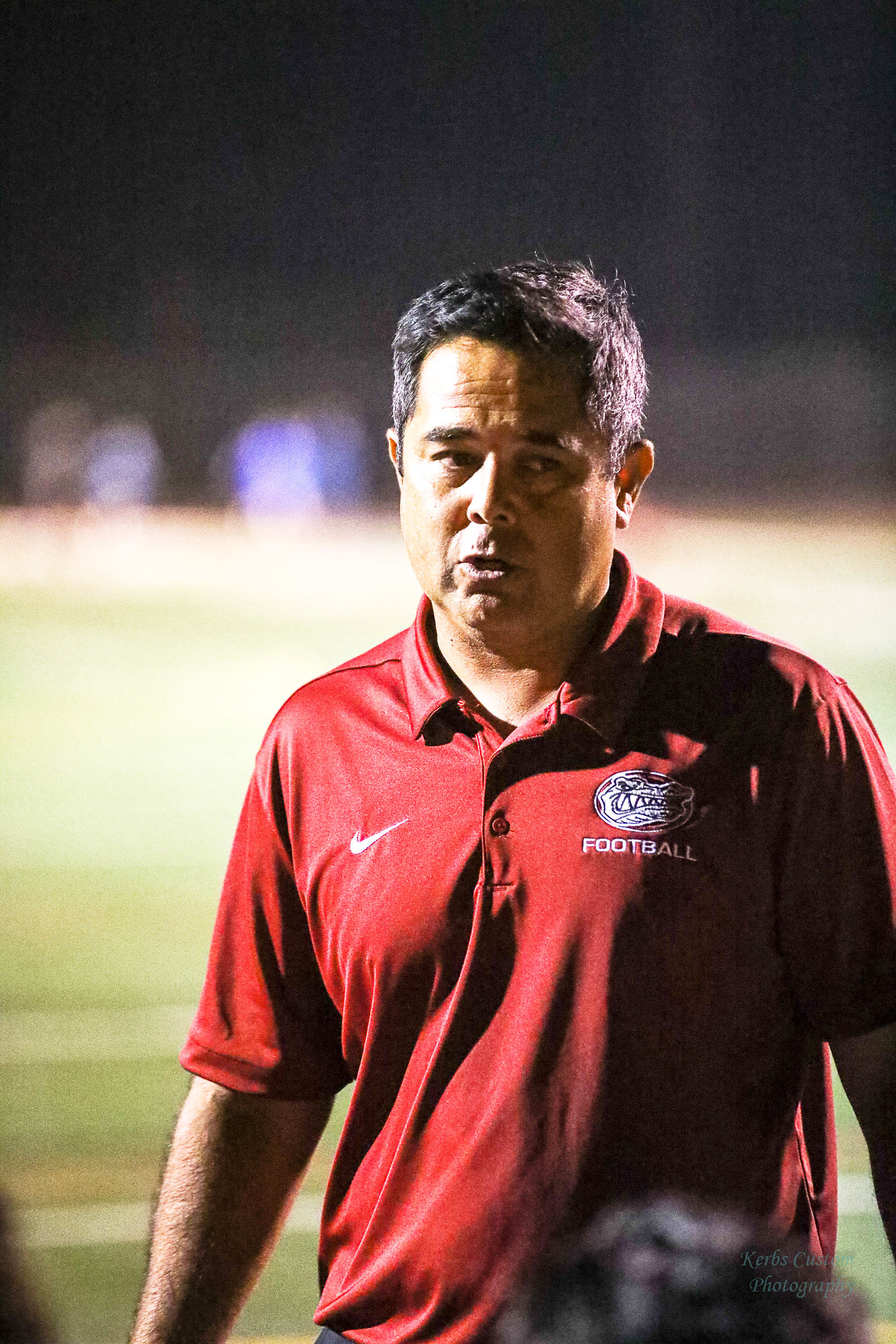 It has never been solely about wins and losses when it comes to football at Escondido Charter. Other loftier goals, motives and aspirations much more significant than the number of victories achieved have always been a priority of the EC gridiron program.

From the program’s very inception in 2006, among its intended purposes was to create a learning environment whereby young men absorbed not only football lessons but where core values like character, fellowship, faith and maturity were also fostered and emphasized.

Because of its rather limited student body and high academic standards, Esco Charter has constantly faced challenges that most high schools aren’t forced to confront. And to be candid, the pool of high-profile athletes from which it can draw isn’t exactly expansive. The White Tigers often take the field with what must be readily acknowledged as decided disadvantages working against them.

Nonetheless the sport has taken root, endured and enjoyed some memorable moments such as fashioning a 3-2 season in its inaugural campaign and then three years later, while employing an effective Wing-T formation, setting a program benchmark with eight wins. And there have been four other seasons where the Tigers were quite competitive and flirted with a breakeven ledger.

But over the past five seasons, EC has managed to win just eight games. A lack of coaching continuity has certainly contributed to the downturn. After three-year head man Mark Carlson departed to start a new program in Colorado, Chris Bonta came onboard with the expectation of experiencing an extended stay. But after just one campaign, it became apparent that the school’s administration and Bonta weren’t on the same philosophical wavelength and a change was deemed necessary.

Into this testing breach stepped Athletic Director Greg Brose, who had been the program’s pioneering coach for the first seven years of its existence. And by any measure, Brose had done an admirable job of getting things off the ground and headed in the right direction. But with his AD and teaching duties becoming ever more time-consuming, he decided to turn over the coaching reins to Carlson in 2013.

Fast forward five years and with the school having genuine difficulty in trying to find that ideal candidate to replace Bonta, it was the selfless and loyal Brose who once again assumed the helm in the interim. Alas, with a number of factors undermining them over the last two seasons, the White Tigers understandably struggled and wins (only one) became exceedingly hard to come by.

Last year was particularly trying in that a number of injuries decimated what little depth the team possessed, leaving it extremely vulnerable. As a result, Brose was forced to forfeit two contests because not only did he lack the numbers to field a bona fide team but he wasn’t about to expose inexperienced and green back-ups to the rigors of varsity competition when they simply weren’t ready to handle the task at hand.

But out of that challenging adversity, some positives appear to have been born. “Those were tough years because it’s not easy to lose,” says Brose, “but we learned a lot. We learned the value of participation, working through some unfortunate circumstances and how to stay together as a team. I really believe we planted some seeds that are going to help us in the future.”

And that future will have a new and promising look in the form of proven coach Jon Goodman,  late of Classical Academy where he guided the Caimans to playoff berths in four of five seasons.  At last, the White Tigers seemed to have found that mentor who is totally in sync with the school’s mission of fully developing not only the player but the overall person as well.

Already Brose, who will stay on as an assistant coaching both defensive backs and special teams, has observed the noticeable impact that Goodman has made. “Just during our summer workouts you can see how he can motivate, teach and get our guys to train,” Brose shares. “Our speed and cardio workouts have been impressive.”

Moreover, Brose is convinced that Goodman is the man to orchestrate a football awakening at Charter. “It’s so exciting to have him here and it’s been such a good and easy transition,” smiles the AD. “He’s got a definite vision and the other coaches are going to be working closely together to support him and create a great partnership. So here we go.”

Four core principles Goodman and Brose will stress  throughout the upcoming season that they feel will lead to both team and individual success are hard work, living pure (i.e. taking care of your body), acting courageously and honoring one’s teammates.

The staff also wants the squad to buy into an “as one” credo which means building a culture of unity in which teammates lookout for one another and find commonality in shared values. “We want their football experience to be transformative,” says Brose. “We want to instill in them lessons that will last for their entire lives. Sure, it’s a goal to win but that should never override our ultimate purpose of growing and helping to develop solid young men.”

And if things shake out as hoped for and planned, solid young men who can play some darn good football will become commonplace at Escondido Charter.