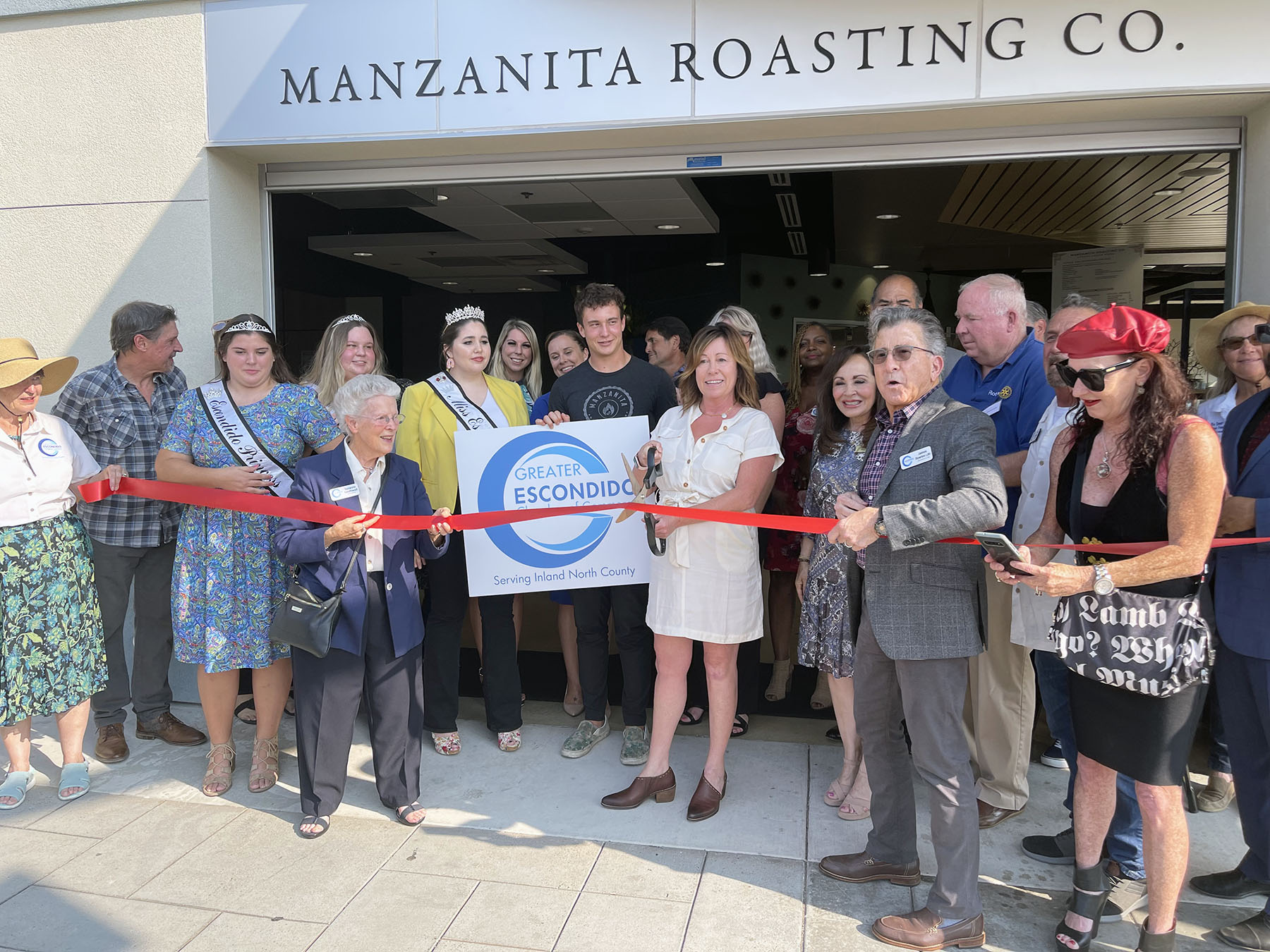 The Escondido Chamber of Commerce Tuesday afternoon held a wide-armed welcome for the Manzanita Roasting Company and co-owner Samantha Nawrocki. The coffee shop is located in the lobby of the Ritz.

But the occasion was also to show off the remodeled Grand and to give awards for the Best Restaurants.

The event was the Chamber’s 2nd in-person mixer at the Ritz Theatre. It was a robustly attended mixer with many new faces and some very familiar ones gathering to make new connections and celebrate the Chamber’s Best of Escondido Eats Award winners.

VIPs who attended include City Council members Tina Inscoe and Joe Garcia and Mayor McNamara for their participating. The Ritz for hosted and the Grand Restaurant Group for providing the food we all enjoyed. 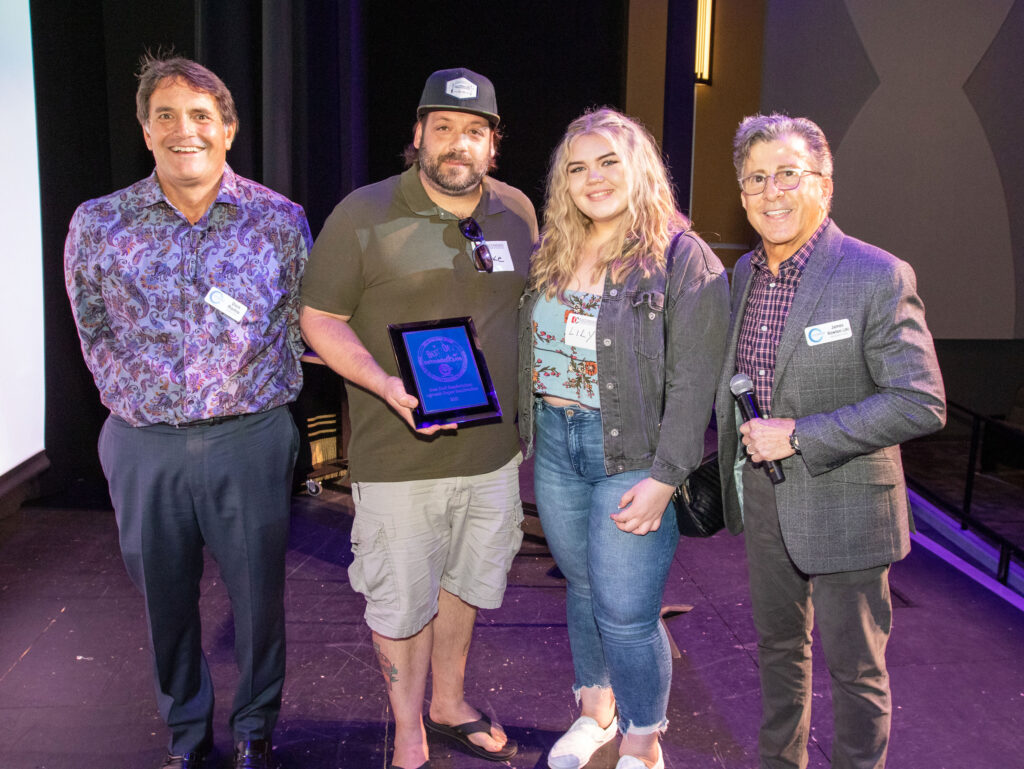 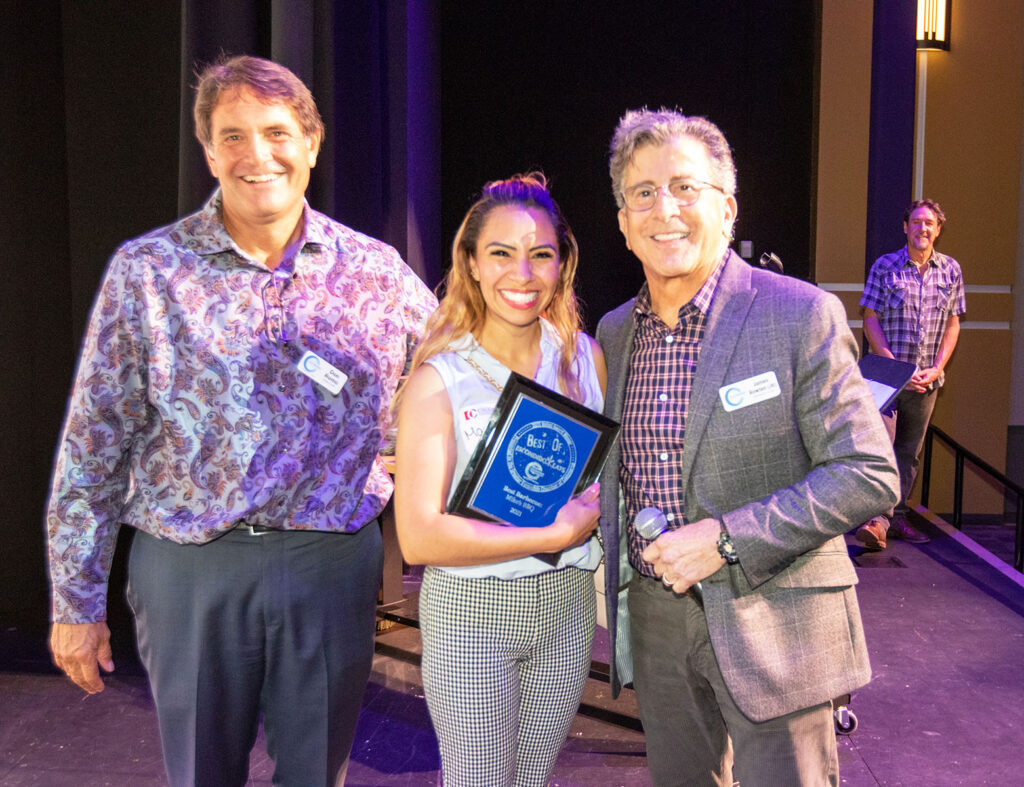 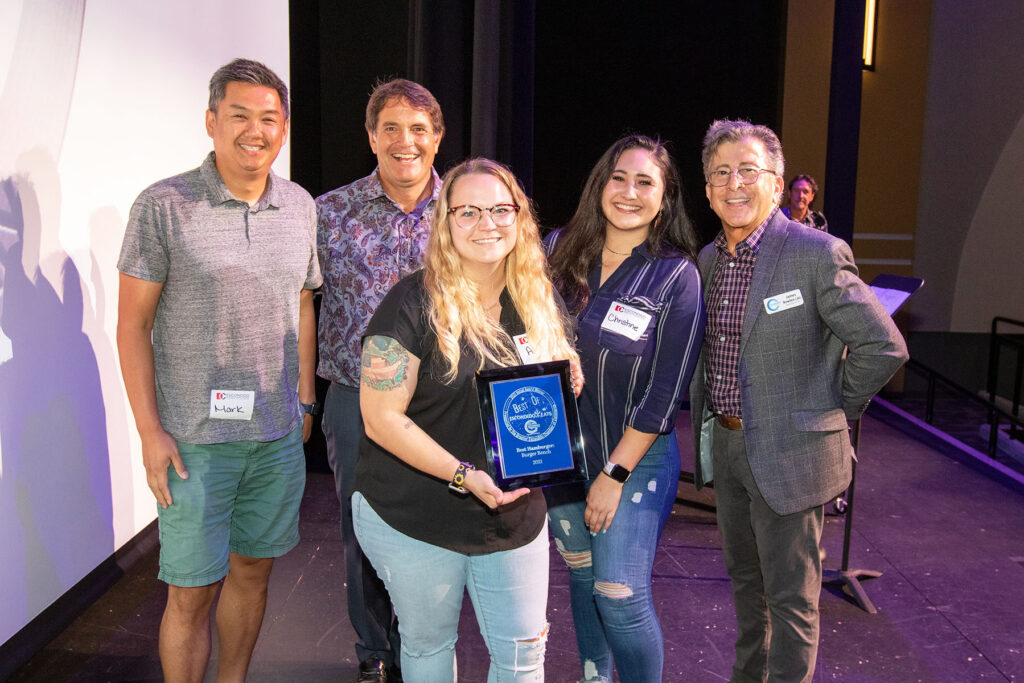 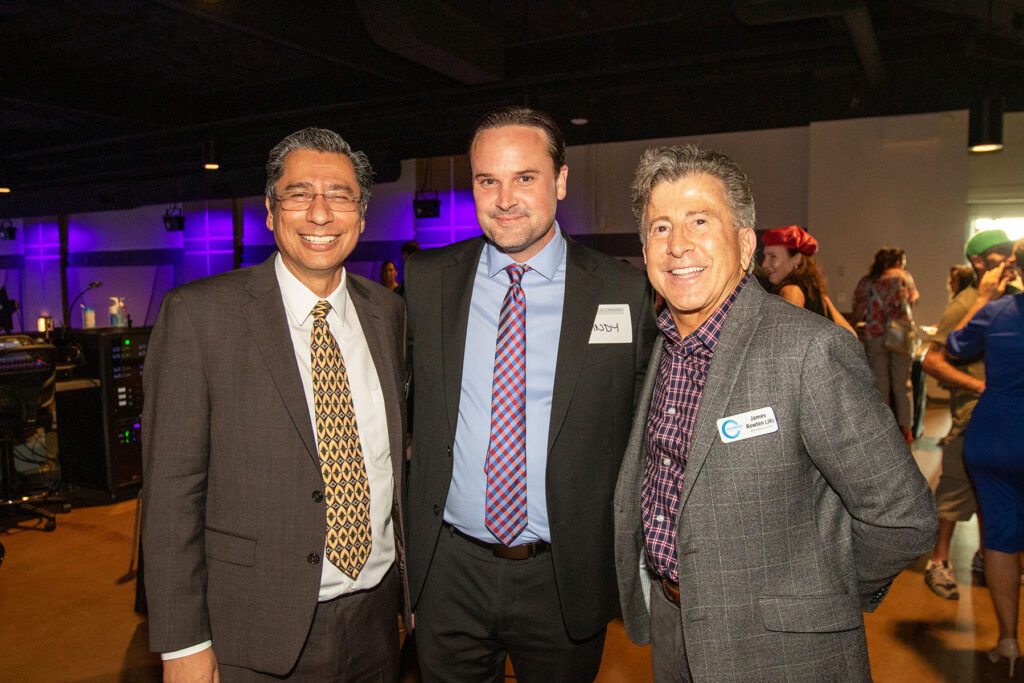 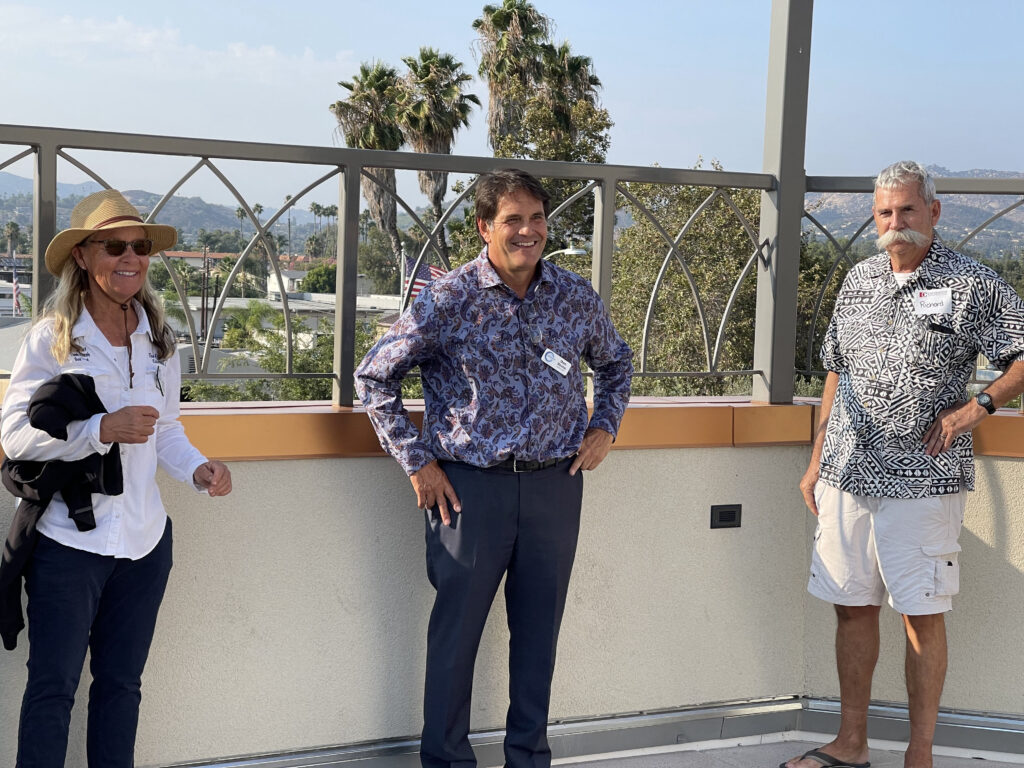 Escondido Chamber of Commerce board of directors Chairman Don Romo gives an impromptu tour of the roof of The Grand, where the Chamber held its mixer Tuesday night to celebrate the grand opening of Manzanita Roasting Company. Romo’s construction company rebuilt the iconic structure so he was rightly proud to show people around. 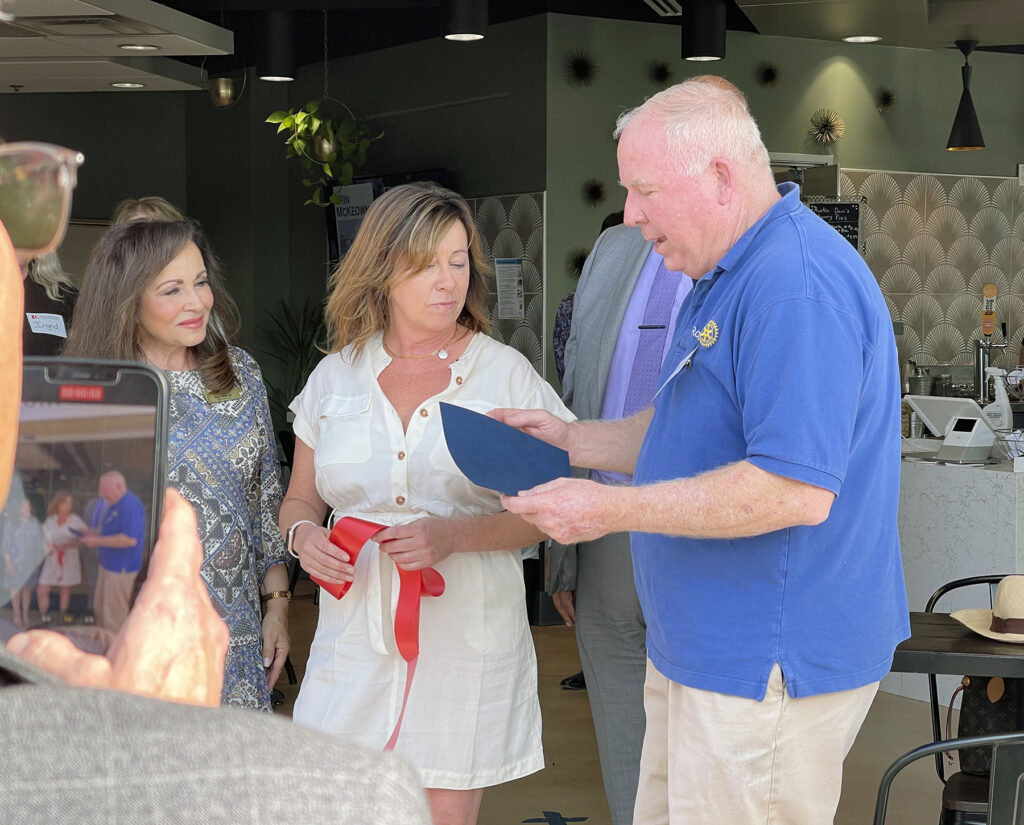 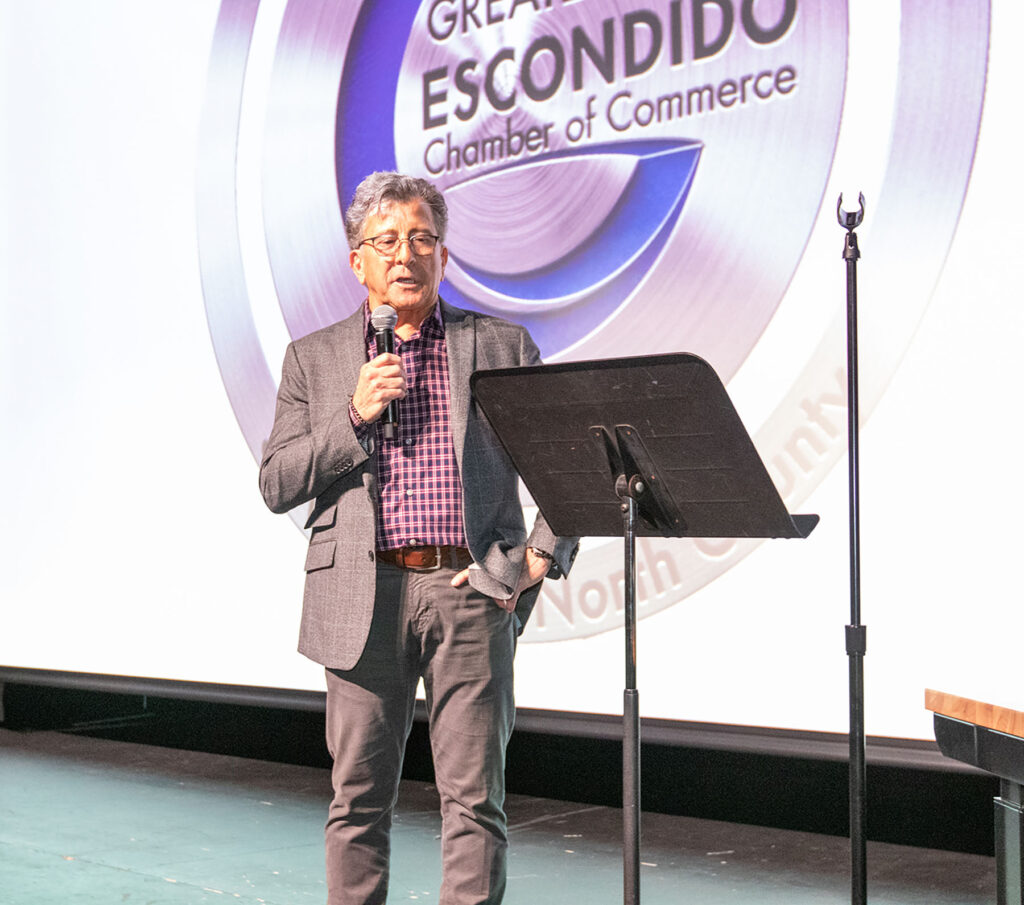 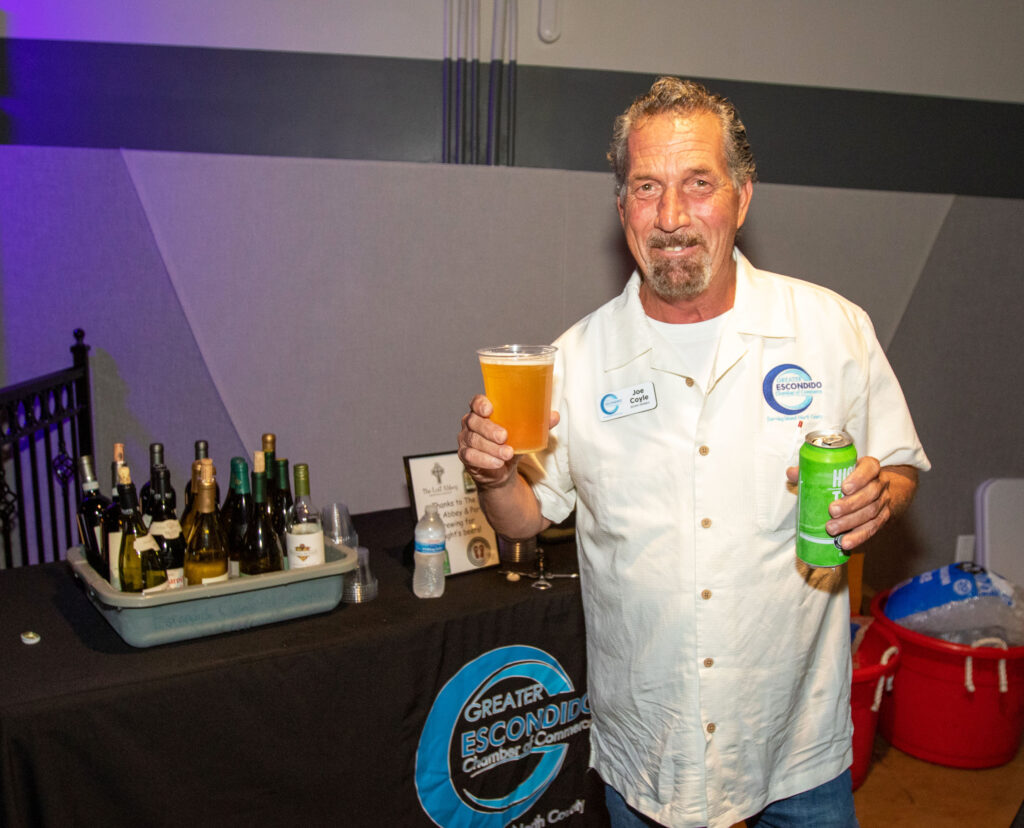 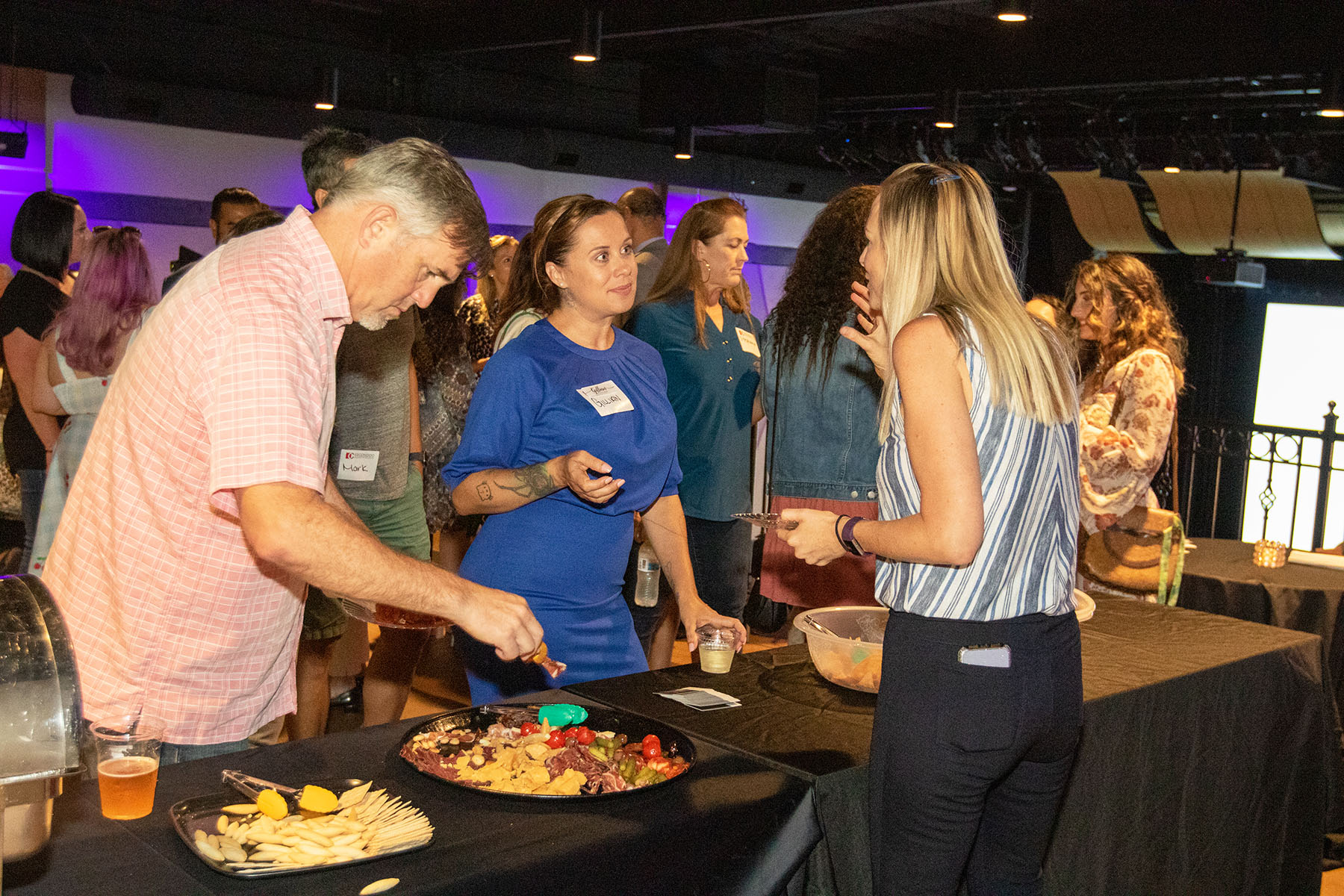