Wednesday the Escondido Chamber of Commerce held its annual Open House.  There were about 92 attendees at the event, which was sponsored by Escondido Disposal Inc., and which paid for the food and desserts, served by Kennedy’s Karne and Tailored Desserts. 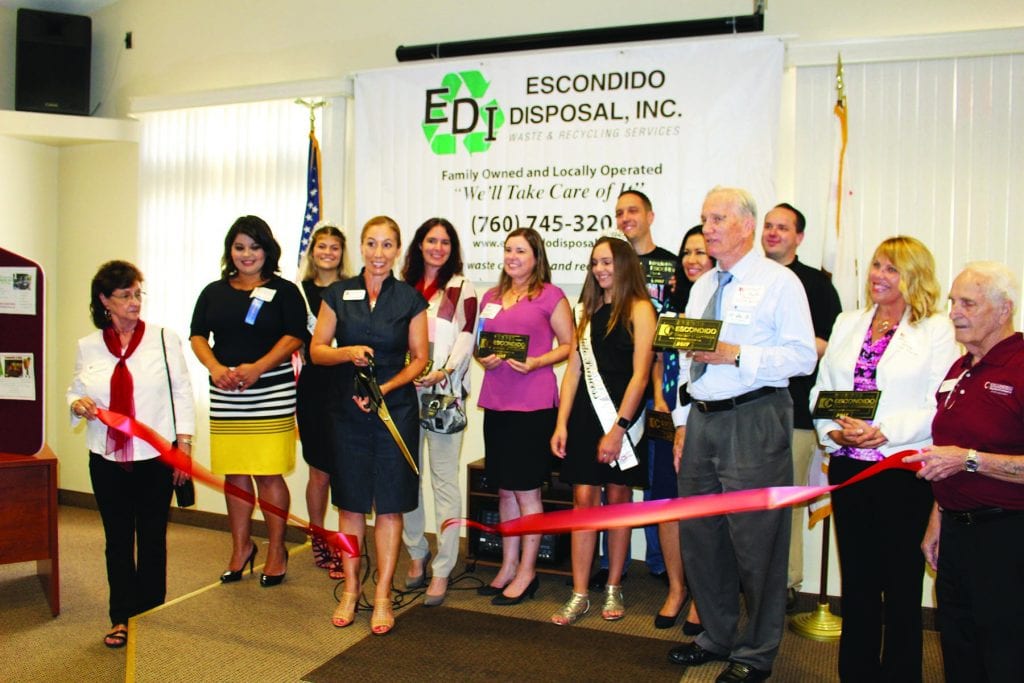 The Chamber honored some of the new businesses that have joined the organization in the last few months but were unable to have ribbon cuttings at their locations. New members included: California College of San Diego, Penn Mutual, Solutions for Change, Sign Post Studio, Operation Hope, Memorial Funeral Services, GoBe Rewards and United Healthcare Agent. 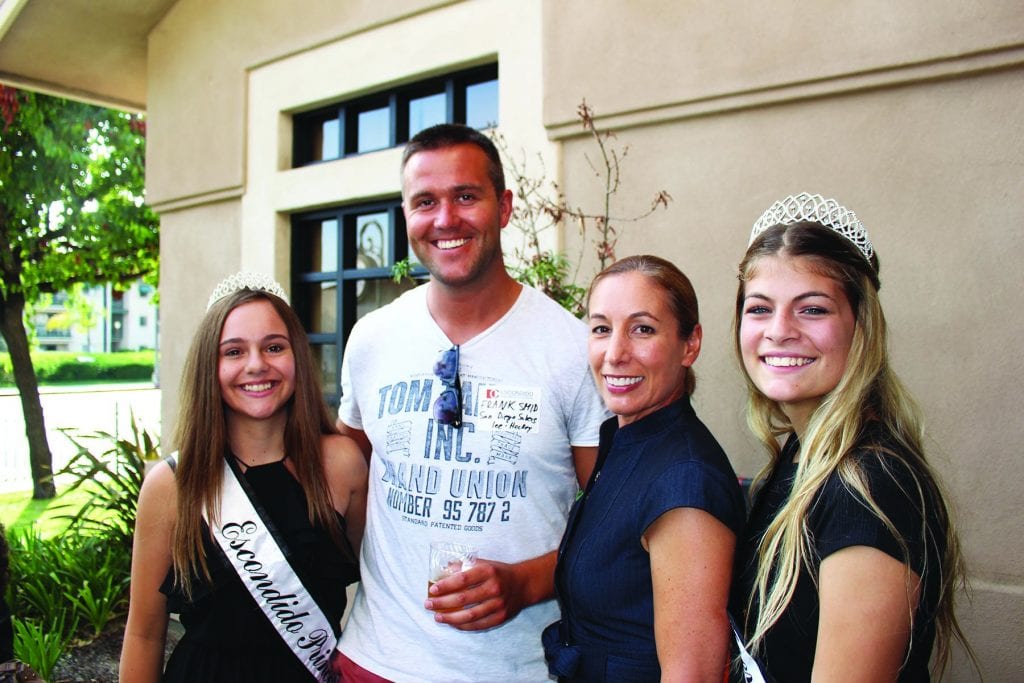 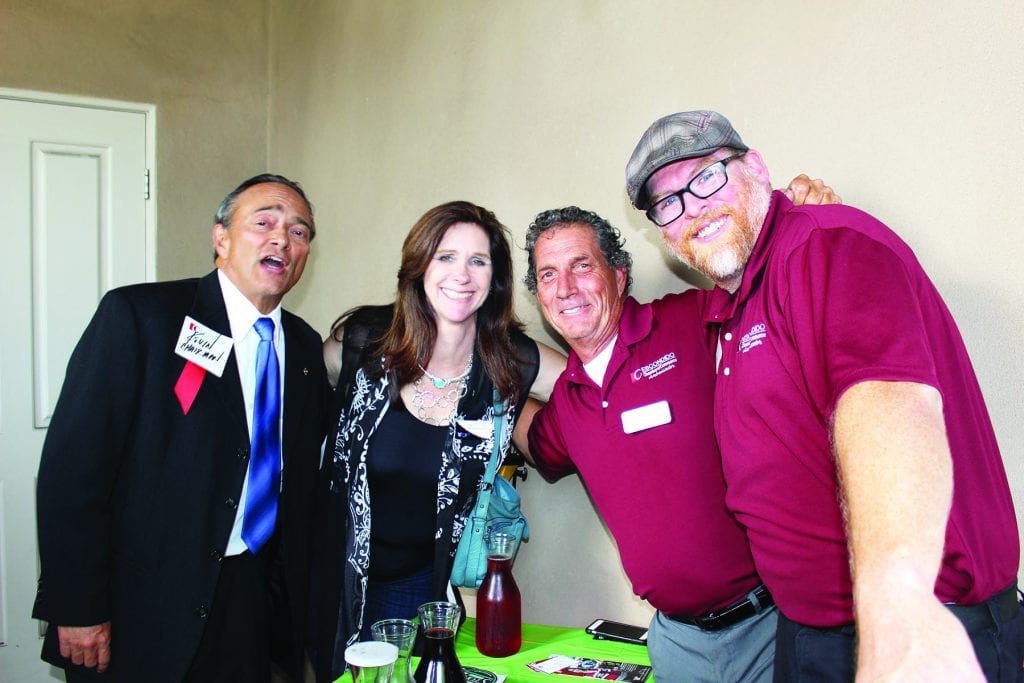 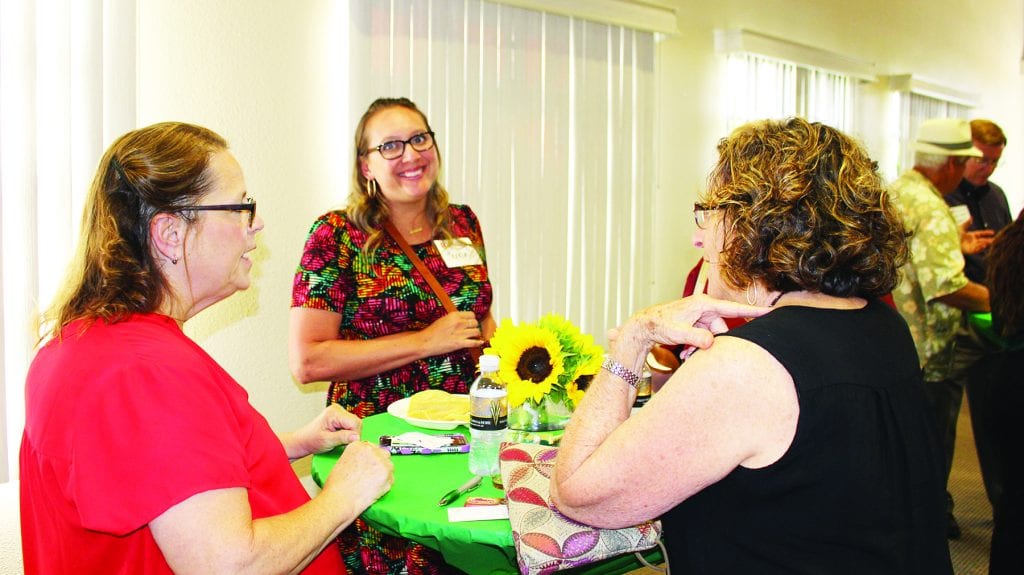 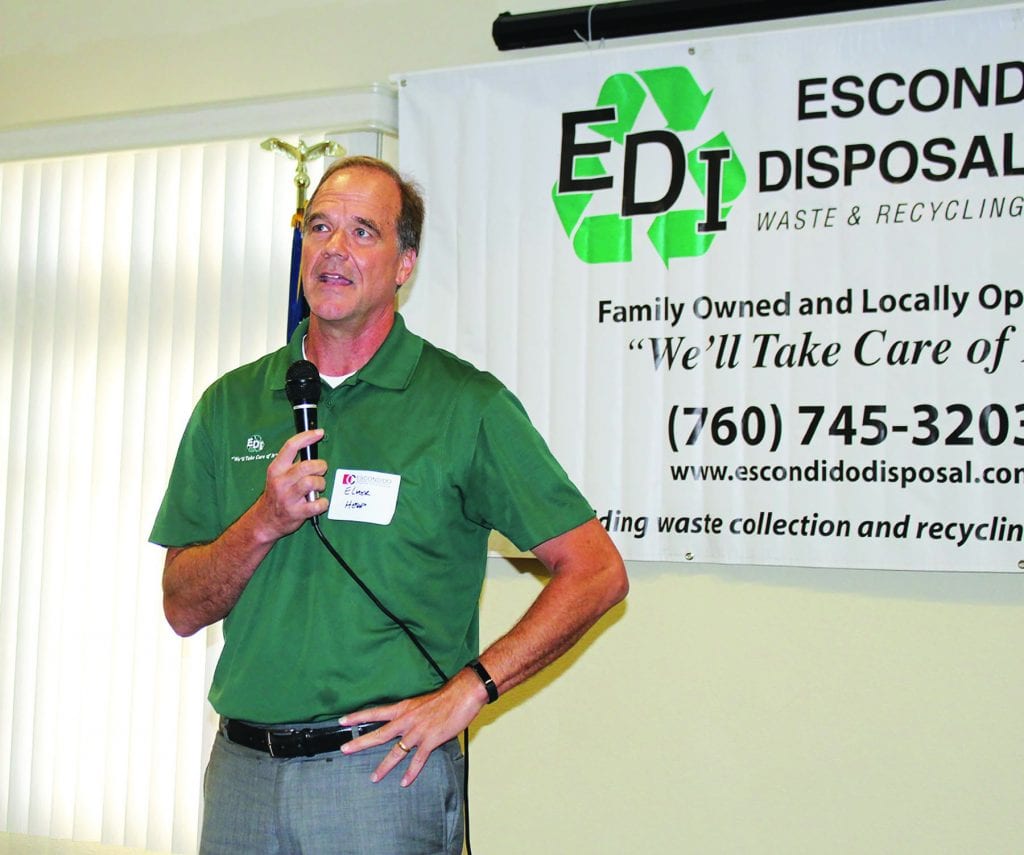 Elmer Heap, division manager at Escondido Disposal Inc., which was the sponsor of the open house, spoke about the recently opened EDI recycling plant, about which he said, “It’s the largest recycling center in the county, maybe the state, possibly the nation, and maybe the world. I’m very excited!”