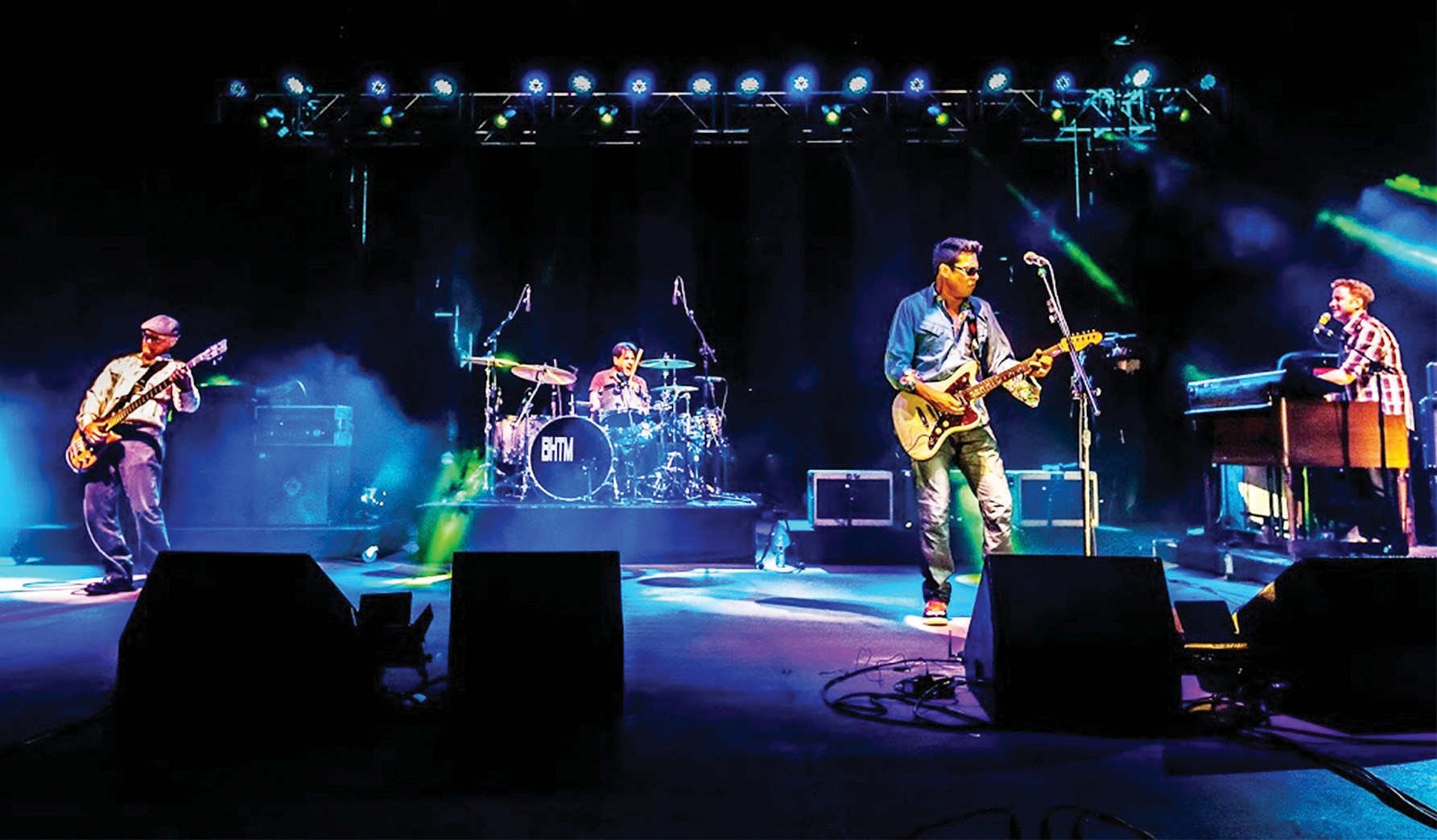 Big Head Todd And The Monsters.

Four exhibitions will also be featured in the Center’s contemporary art muse­um, as well as many annual community events taking place onsite at the Center throughout the year. The season debuts on August 11, 2016 and continues until June 21, 2017.

Events will take place in both the 1,523-seat Concert Hall and 404-seat Center Theater.

The Center’s Executive Director Jerry VanLeeuwen told the Times-Advocate, “The 2016-17 season promises to be the most engaging of any of our season of­ferings to date. We have new artists ap­pearing on our stages such as Kathy Grif­fin, The Midtown Men, and Black Violin who represent tremendous diversity, cre­ativity and styles. We also have returning artists such as Shaping Sound, Pink Mar­tini and Garrison Keillor who thrilled our sold out audiences in the past. We have a performance for every entertainment interest.”

“We are proud to support California Center for the Arts, Escondido in what is sure to be a successful season,” said Bill Ostrem, San Diego Division President for CalAtlantic Homes. “By bringing a wide range of cultural, educational and entertaining events to the area, the Cen­ter enriches the lives of our residents at Harmony Grove Village and the greater Southern California area.”

This roof-raising musical tribute is a sassy, sultry celebration of legendary jazz great, Fats Waller. Audiences will be transported to the glory days of the Harlem Renaissance with a versatile cast that struts, strums and sings the songs that Waller made famous during his storied career.

Two-time Emmy and Grammy Award- winning comedian Kathy Griffin’s rapid- fire wit, outrageous musings on popular culture, and hilarious celebrity anecdotes will have audiences doubled over in laughter. A towering figure on television, on tour, and in publishing, Griffin breaks through the entertainment clutter with her universally recognized brand of pull-no- punches comedy. Sponsored by Stone Brewing Co.

Platinum-selling stars Big Head Todd and the Monsters join forces with three second-generation blues stars – Mud Mor­ganfield, Billy Branch and Ronnie Baker Brooks – to pay tribute to one of the pil­lars of modern blues and most influential songwriters of early rock and roll. Wil­lie Dixon’s street-tough lyrics and ribald riffs have permeated the works of artists such as Muddy Waters, Bo Diddley and even Led Zeppelin, Jimi Hendrix and The Rolling Stones. Sponsored by Harmony Grove Village.

R&B legend Keith Sweat has sold over 25 million records and received the 2013 Soul Train Lifetime Achievement Award. Sweat shot to stardom in the golden era of R&B music in the ‘90s and continues to reign supreme with a scintillating rep­ertoire that includes popular hits such as “Gonna Make You Sweat,” “Twisted,” and “Nobody.”

Prepare to be blown away when triple threat fiddle champions Grace, Sophia, and Hulda Quebe raise 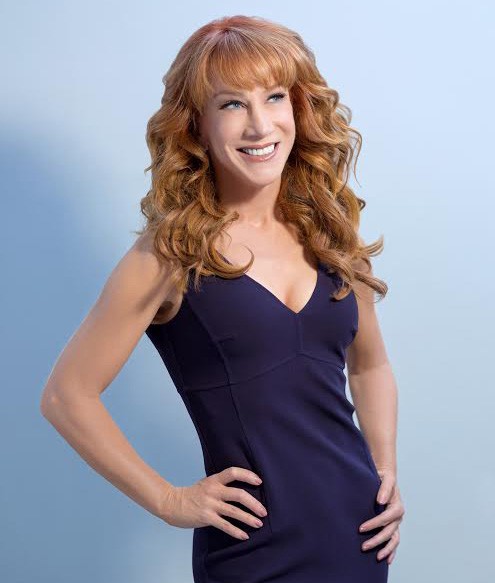 their fiddles and blend their voices in an intricately lay­ered three-part harmony reminiscent of the Andrews Sisters. The Quebe’s unique brand of music has taken the Americana scene by storm with a refreshing blend of swing, vintage country, bluegrass, jazz and swing standards, and Texas-style fid­dling.

Come one, come all to the spellbind­ing cirque sensation that will entertain adults and children alike! Flip Fabrique is a Quebec-based troupe of six acrobats whose fast-paced circus show, Attrape-Moi (Catch Me!), features swirling hula hoops, masterful juggling, gravity-defy­ing aerialist techniques, and more.

Delving into Mexico’s unlikely obses­sion for all things Morrissey, Mexrrissey has translated Morrissey’s most venerable songs into Spanish and laced them with Latin beats. Led by Camilo Lara, the DJ Behind the respected electronica outfit, the Mexican Institute of Sound, the band uses brass accordion, and other Mexican elements to bring its seriously remixed Morrissey to our Center Theater.

After sharing the Broadway stage for over one thousand performances as the original cast of the mega-successful Jer­sey Boys, Tony Award winner Christian Hoff, Michael Longoria, Daniel Reich­ard, and Tony Award nominee J. Robert Spencer decided to take their signature sound and chemistry to audiences every­where. This high-octane musical tour de force celebrates the best music of the ‘60s and will leave audiences singing, “Oh, what a night!” Sponsored by Harmony Grove Village.

Internationally renowned Argentinian piano sensation Marta Lledo is known for her passionate tango interpretations as well as her classical repertoire. Hailed as the world’s #1 Latina pianist, Lledo has received global recognition for her un­stoppable talent including the Wagner As­sociation Award for most talented young person in Argentina.

From “Hillbilly Shoes” to “Head­lights,” the ACM and CMA award-win­ning Montgomery Gentry has become one of the most identifiable duos in the history of country music. Their outlaw- meets-gentleman sensibilities, yin and yang personalities, and intensely ener­getic live performances have drawn door- busting crowds for the past 15 years.

Pink Martini, the American band with an international flair, returns to the Cen­ter for a holiday spectacular! Join over a dozen musicians and lead vocalist China Forbes as they perform unique seasonal selections of traditional holiday classics as well as their globally-inspired reper­toire, which crosses genres of classical, Latin, jazz, and old-fashioned pop. Spon­sored by Newland Communities.

The Portland Cello Project has capti­vated audiences all over the country with extravagant performances in venues rang­ing from symphony halls to punk rock clubs. The genre-bending group infuses the classical cello with an unforgettable modern twist, covering Radiohead, Tay­lor Swift, Kanye West, and more.

Don’t miss the chance to see him on his final tour! Sponsored by Stone Brew­ing Co. 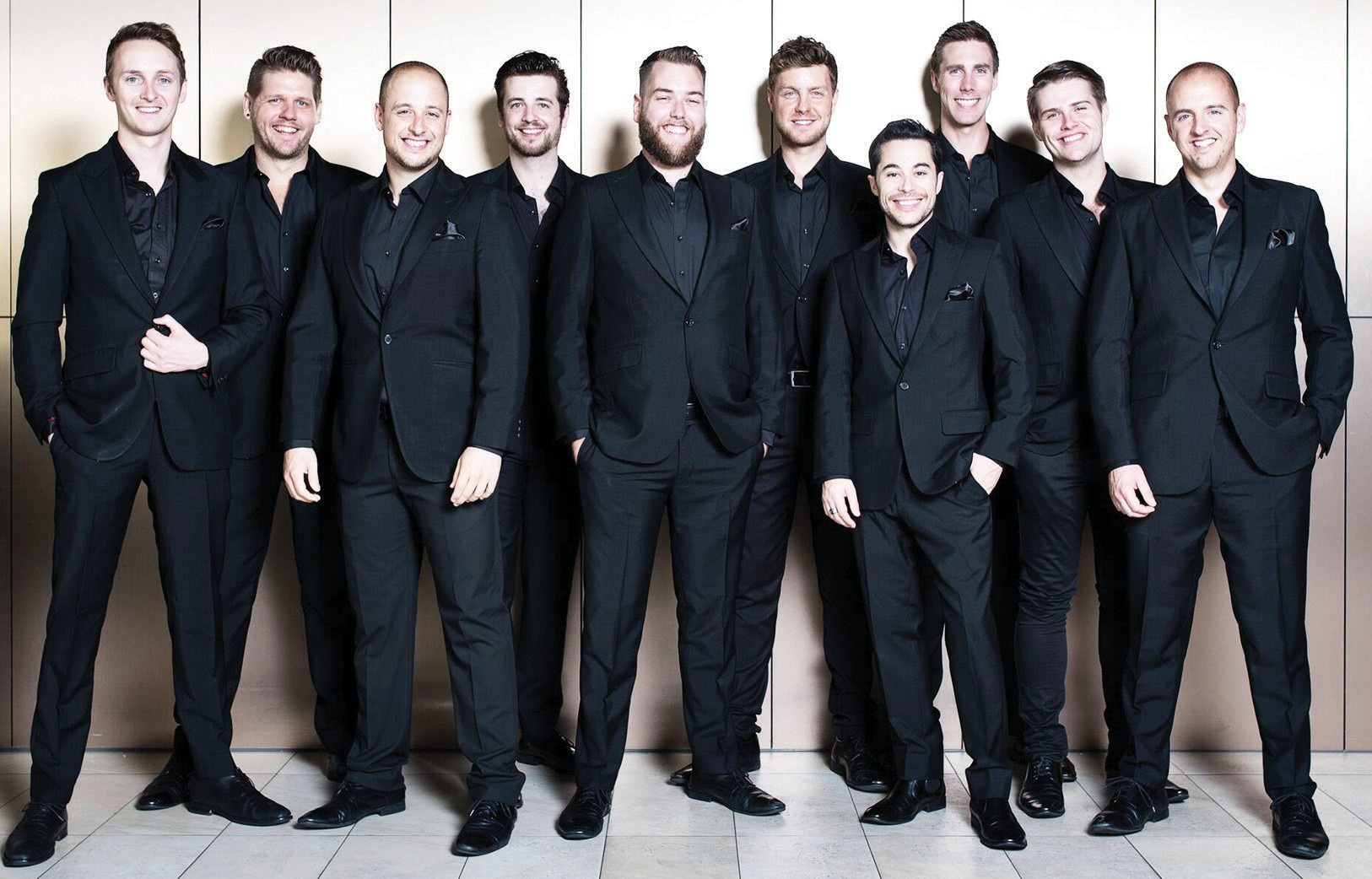 The TEN Tenors will bring their exalted voices to the Center in February.

of the Spanish guitar runs in Pablo Villegas’ blood. A native of La Roja, Spain, Villegas is distinguished by his pas­sionate performances, charismatic stage presence, and stunning technical abilities that embody the playfulness and drama of his homeland’s rich musical heritage.

Combining technical precision, power, and passion, Complexions Contemporary Ballet delivers an exciting performance that transcends tradition in a ground­breaking mix of styles ranging from bal­let to hip hop. The group, who has been featured on So You Think You Can Dance, will perform Innervisions, an upbeat, contemporary dance tribute to the music of Stevie Wonder, along with other selec­tions from their esteemed repertoire.

Hailing from Veracruz, Mexico, the Vil­lalobos Brothers are acclaimed as one of today’s leading contemporary Mexican ensembles. The violin trio draws on many genres including San Jarocho, jazz, rock, and blues. These classically trained vir­tuosos deliver a signature style known as “Fast-Chatting Violin,” for a mesmerizing brew of brilliance, cadence and virtuosity.

Center favorites The TEN Tenors are back, celebrating their 20th Anniversary with an all-new rock-opera show, The Power of TEN! Taking on the most dynam­ic songs in the world, the “Vocal Wonders from Down Under” will soar through clas­sical arias and give rock anthems an exhila­rating and unique sound for an electrifying night of world-class entertainment.

A classically trained, award-winning piano virtuoso, CSUSM music professor Ching-Ming Cheng has an enthusiastic heart for sharing her profession with oth­ers. Dr. Cheng has been featured in solo and collaborative performances around the world. Don’t miss this inspirational celebration of the classical piano!

A two-time Grammy Award winner with a total of six Grammy nominations and two Latin Grammy nominations, The Mariachi Divas are a multicultural, all-female ensemble imbued with the unique musical flavor of Los Angeles. Since 2003, the Mariachi Divas have performed at Disneyland Resort, meld­ing styles from Mexico, Colombia, Cuba, Venezuela, Germany, Spain, and other parts of the world.

Shaping Sound returns to the Center for another electrifying mash-up of dance styles and musical genres. The contem­porary dancers who rose to fame on So You Think You Can Dance and Dancing With The Stars will thrill audiences of all ages with their exhilarating collabora­tion of explosive choreography, dynamic rhythm, speed, and physical strength, all coming together to give shape and form to sound.

Superheroes come to life this summer! These parallel exhibitions examine he­roic comic book icons and celebrate 150 years of Alice. Go down the rabbit hole into the whimsical world of Wonder­land, then summon your powers and soar through the exhibits. Over 60 world- renowned artists look at our beloved he­roes in the thought-provoking new ways.

No longer entombed with the mum­mies, the ancient art of encaustic (hot wax) resonates in contemporary culture. The multi-dimensional surface, lumi­nous color, and ethereal image layering unique to this once obsolete medium is now recognized both for it’s exquisite beauty and incredible versatility.

Take a trip to the Wild West in this col­lection of grand paintings of nostalgic vistas of the American West and ornately decorated equestrian bits, spurs, and bri­dles. This journey through our region’s history explores the culture of the West and honors Cowboy, Native American, and Mexican traditions.

Second Time Around: The Hubcap as Art

With a powerful message of environ­mental awareness, this exhibition high­lights a creative alternative to mindless consumption and focuses on the impor­tance of repurposing. Artists from around the world transform discarded hubcaps into fine art in a unique collaboration with Landfillart, Inc., a Pennsylvania- based nonprofit.

53rd Annual Independence Day Fes­tival & Fireworks Join 20,000 patriotic festival-goers for a day of rockin’ live music, tasty treats, and Fourth of July fun and games for all. After dark, turn your gaze to the sky for a dazzling fire­works display!

*Every First Wednesday of the Month, September 2016 through June 2017 Jazz Jam Sessions Jazz up your sum­mer with live music in the moonlight! Whether you sit back and enjoy a glass of wine or pick up your sax and play with the band, the musical talent at our jam sessions will blow you away.

*Fridays in August 2016 Música en la Plaza New this year, bring your dancing shoes to our Lyric Court and enjoy live music, tacos, tequila, and more. From Cumbia and Bachata, to Sal­sa and Norteña, these rhythms will move you to get up and dance under the stars!

*November 1, 2016 Holiday Tree Lighting & Winter Won­derland Festival Celebrate the holidays at the Center! Every December we bring the North Pole to the heart of Escondido with a visit from Santa, real snow, and enter­tainment for the whole family to enjoy.

*December 3, 2016 First Marine Division Band Annual Concert Don’t miss Camp Pendleton’s finest musicians as they return to the Center for their popular annual perfor­mance. Each spring, the band presents a new and engaging concert that keeps audiences coming back year after year!

*Spring 2017 smART Festival Enjoy a vibrant show­case of artwork and performances by Es­condido’s students. This celebration of aspiring artists is held in our museum, theaters, and Great Green.

*March 25, 2017 The Center is located at 340 N. Escon­dido Blvd. in Escondido. The Ticket Office can be reached at (800) 988-4253. Tick­ets can also be purchased online. To learn more, including performance dates, times and ticket information, visit artcenter.org.