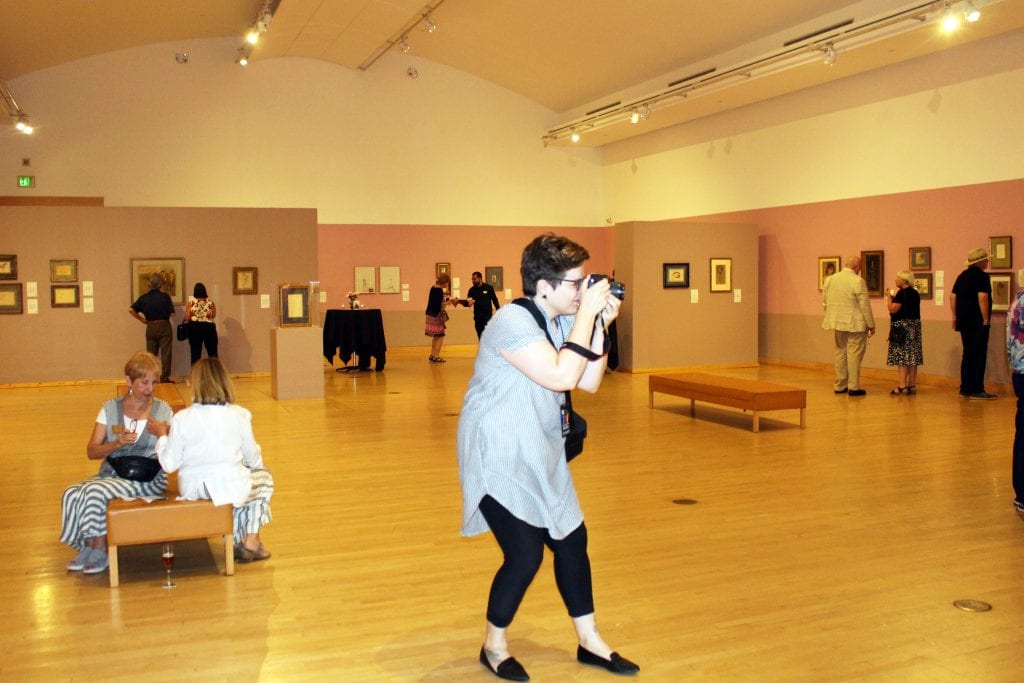 A photographer takes advantage of the last chance to get a shot of the Degas exhibit at the Center Monday night. At “Au Revoir Degas” supporters of the arts were able to take a final look at the exhibit: “Edgar Degas: The Private Impressionist,” that has been at the Center museum for the summer.

Monday night the California Center for the Arts, Escondido celebrated the end of the Edgar Degas exhibit with a party and fundraiser: “Au Revoir Degas!”

It included a chance to stroll through the museum soaking up the incredible talent of Degas and contemporaries as expressed in small and modest works of art that celebrates the intimate side of the great Impressionist masters of the late 19th century: Edgar Degas: The Private Impressionist, Works on Paper by the Artist and his Circle.”

They are works that invite you to stop and look closer and take in the exquisite lines and hatchings, subtle colors of pen and ink drawings, or sketches. Escondido was lucky to have them for several months, and those who attended Monday obviously enjoyed one more chance to soak up these minute masterpieces.

Along with sampling and savoring these works again, members also enjoyed champagne, French inspired hors d’oeuvres such as peaches with goat cheese and dessert from Escondido’s own A Delight of France, where you can find great French cuisine almost every day.

There will be a quick turnaround as the next exhibit lines up: XXV the Silver Anniversary Exhibition, which will showcase selections from the museum’s own collection. It opens October 4. 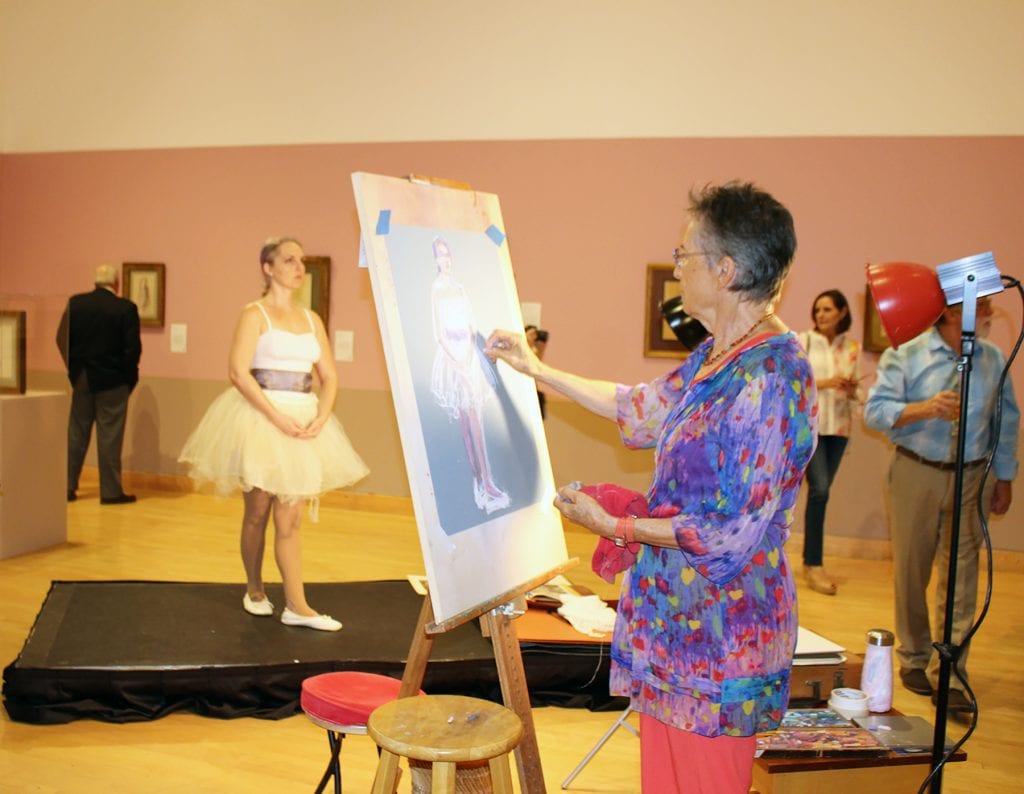 Artist France-Marie Haegar and her model Holly Hart do a portrait in the style of some of the works in the Edgar Degas exhibit that completed its run at the Center this week.