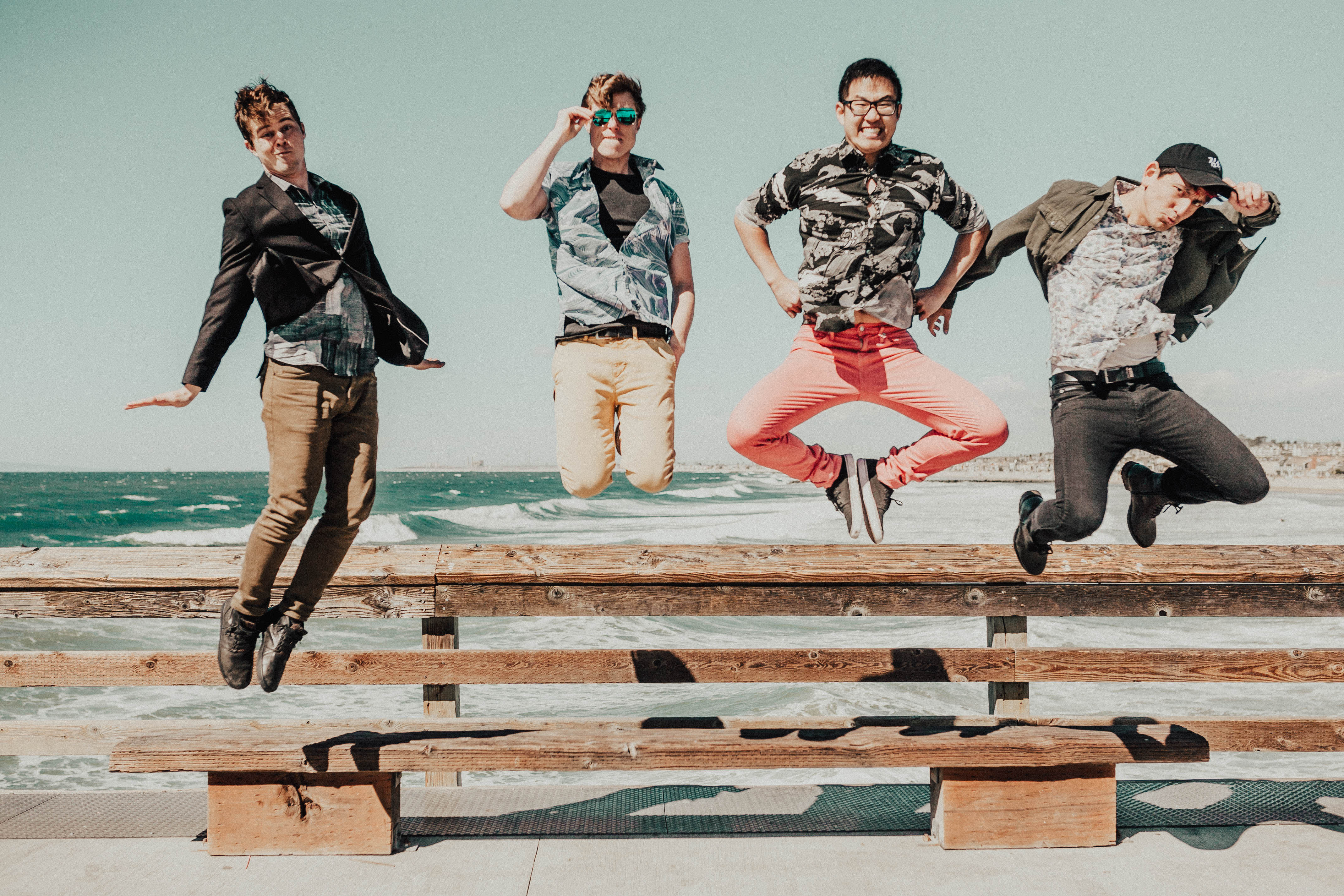 The California Center for the Arts, Escondido this week announced the 18 musical acts, that will be performing for the first-ever Hidden City Sounds music series this summer.

This new summer series will fill the Lyric Court with music every Friday at 6 p.m.-10 p.m. from June 7 to October 4 and free to the public.

Streetlight Cadence is an alternative folk pop sensation. The group takes inspiration from and has been described as a cross between Mumford and Sons, The Lumineers and One Direction.

The Sleepwalkers (aka Los Sleepwalkers), are a San Diego based band that specializes in original music, with styles ranging from Rockabilly and Cumbias to their own brand of down-home Rock & Roll.

Best known for her beehive-wearing stint with blues diva Candye Kane in the ’90’s, Sue has been making her mark in the last decade with her high energy band, the Motel Swing Orchestra, and her flashy boogie woogie stylings.

Upstream has been spreading their message of love and positivity through their exhilarating Caribbean Music, namely, Reggae, Calypso, Soca and Steel Drum Music, for quite some time now.

Roann “Ro” Mesina is a San Diego based R&B/Pop vocalist and songwriter. The purpose of Synergy is to highlight and provide a platform for local San Diego artists and entrepreneurs to come together and connect through art, passion, and purpose.

Bulevar Descarga is a bordertown band with members on both sides of the wall. All from different musical backgrounds, the members have formed together to add their unique flavor to the project, coming together for a blend of Latin rhythms fused with African and American styles.

Darryl Williams, currently a resident of Temecula, California, is a multi-talented bassist/composer who has toured and performed with many of the top Smooth Jazz and RnB artist of today, including Gerald Albright, Ronnie Foster, Everette Harp, Clint Holmes, and Marcus Johnson.

Sara Petite is a gritty Pollyanna, Minnie Pearl type Bruce Springsteen rocker with an Outlaw-Classic Country style.  A true original, Sara’s music does not conveniently fit into any one musical genre or sub-category, but rather traces her influences in country, bluegrass, rock and folk, and emerges into a sound completely her own.

Changüí Majadero is a blazing five-piece band that has honed a deeply informed and highly personal take on changüí, a surging Afro-Cuban musical tradition that took shape in the late 19th century on the eastern side of the island around Guantanamo.

Kiyoshi is a purpose driven wordsman whose fusion of upbeat hip-hop and soulful sounds sends lightning bolts of conscious energy and thought into audiences around the globe.

Jarabe Mexicano invites audiences on a joyride through a versatile songbook of Mexican Folk as well as Rock & Roll, Tex-Mex, Latin Rock, and Reggae-Cumbia.

The Redwoods is a San Diego based independent record label that operates as a music collective, recruiting from a pool of accomplished musicians to perform studio tracks for its growing list of artists. The revue will feature multiple artists from their roster.

Strings of Thought, otherwise known as SOT, is a collaboration of 4 unique string players: Jamie Shadowlight, Nick Hueso, Caitlin Evanson, and Pedro Talarico. They follow the flow of the given moment to create entirely new interpretations and improvisations of popular rock and classic hits.

The forever lasting “woodstock” vibes are being channeled back from the 60’s and 70’s with Daring Greatly’s mesmerizing 5-part vocal harmonies – attached with a strikingly simple message to be free, be courageous, and to fall in love with as many things as possible!

Southern Scratch is synonymous with the very best of waila – the popular dance music of the Tohono O’odham (“Desert People”) of the Sonoran desert. Waila is a Native American-Southwestern crossover that includes polkas, cumbias, mazurkas, boleros, shottisches and other couple dances performed on saxophone, guitar, bass, bajo sexto, percussion and drums as well as the occasional vocals.

Gunhild Carling is a Swedish jazz musician and multi-instrumentalist. She is famous for performing as part of Scott Bradlee’s Postmodern Jukebox and playing three trumpets at the same time. Gunhild plays trombone, bagpipes, trumpet, recorder and harp, and will often showcase all of her skills in one song, sometimes casually breaking into a tap dance or singing lyrics.